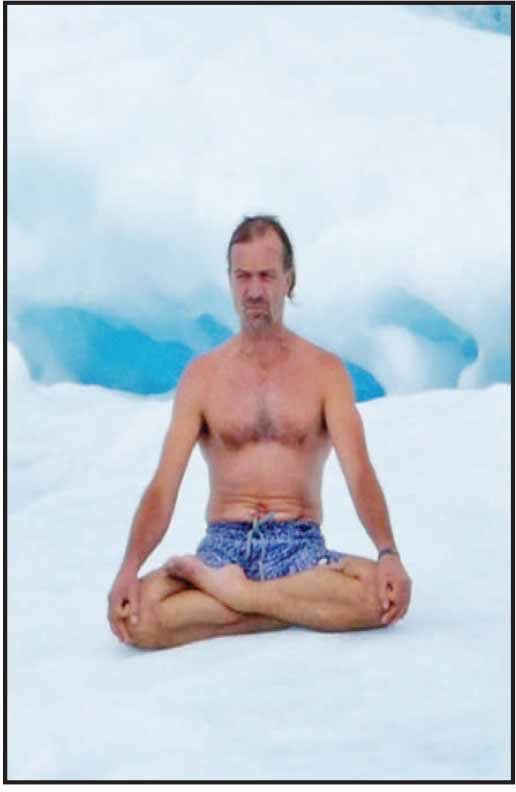 The power of the human mind is incredible. It can dominate you with a firm iron clasp if you let it, and can be the most  servile servant if you tame it. Yogis of yore perform austerities to master their mind. Today, science, still at a nascent stage as compared to ancient wisdom, has started acknowledging the power of mind over matter as the iceman cometh.

At 58, Hof has around 26 world records to his credit due to his immense capability to withstand extreme cold. He has climbed Mt. Everest and Mt. Kilimanjaro wearing nothing but shorts and shoes. Known by the moniker, 'the Iceman cometh’, Hof has found a way to ‘up his body’s thermostat’ by breathing technique.

“I found out a scientifically endorsed way which shows that we are capable of going deep within our bodies, touch our autonomic nervous system (a control system that acts largely unconsciously and regulates bodily functions) which is related to the immune system, and find ways to free ourselves of diseases [sic],” he says, in one of his videos. The Hof Method is a mix of physical exercises, breathing exercises, visualisation exercises, which progressively get more difficult each week.

The life of the iceman cometh

The iceman cometh, over the years, has taught his methods to a good many people. His website is replete with testimonies by people who successfully achieved healthier bodies and minds by applying his techniques. His YouTube channel has e-learning videos in which he shares his breathing techniques power of mind and breath. The channel also features a string of his podcasts and interviews. In an interview, the iceman cometh explains his method, from the breathing exercises he used to do, while doing his daily round of push-ups.

Hof has been a subject of many scientific researches to establish the significance in activating the endocrine-immune system. In 2011, the University Medical Center ran several tests on Hof and concluded that he could voluntarily influence his autonomic nervous system.

Though Hof’s technique might come as a surprise to the patrons of science, practitioners of many Oriental spiritual traditions have been known to perform similar feats. Tummo, a similar technique, uses tantric meditation to generate body heat in extremely cold conditions. People called it Chandali Yoga in Sanskrit.  Hof, on his part, has validated these ancient esoteric practices by scientifically proving the efficacy of his methods.  I am sure that it is going to be the coveted link to bridges the gap between science and spirituality.