Kalyaann Sir is a Consultant, Coach, Counsellor,Teacher, Trainer, Therapist & Transformer. He also functions as a Personal Mentor for film and television stars, politicians and industrialists in India. He has been interviewed and featured in India's premier spiritual magazine, Life Positive. He empowers people by giving them the responsibility of their own freedom, sometimes for the first time. He is a practicing Angel Therapist, PLR therapist, Heal Your Life Teacher and Coach.

Completing my SSC (March, 1990) education in Victoria High School, Mahim, Mumbai, I am a graduate in Economics (Mumbai University, 1996) from Ruia College, Matunga.

I started working as a Private Tutor in 1990 and by 1992, I was running my own coaching classes till 2000 in Mahim. I have worked as a full-time teacher in schools and as an Economics Lecturer in colleges.

In 2001, I began a hostel in Panchgani, Maharashtra and converted it into a boarding institution (JK High School) in 2006.

In 2008, after reading about its review in Midday, I ordered the book and DVD “The Secret” by Rhonda Bryne and thus began my Metaphysical journey with The Law of Attraction and The Secret.

In April 2012, inspired after attending Jack Canfield’s conference in Mumbai, I took up life coaching as a new field of study.

In December 2012, during an epiphany in my meditation, I got connected with the energy of Archangel Micheal and began my journey as an Angel Therapist, closing down the boarding school in Panchgani and shifting back to Mumbai in April 2013.

In May 2013, I took a sabbatical from everything I was doing at that point in time and began attending Metaphysical meetings, classes, groups, workshops, seminars and read books of various New Age authors.

This period was marked by major changes, upheavals and questioning about myself and my role in life in the UNKNOWN.

In 2016, I experienced Astral Travel through frequent trance-like situations while meditating and got attuned to the energies of Neem Karoli Baba (Maharajji) who accepted me as his disciple in Spirit.

In 2017, I completed the Past Life Regression training under the tutelage of Dr. Trupti Jayin. Through 3 personal regressions with her, I got attuned to my past lives in Calcutta (Pre British undivided Bengal Province) and received blessings from Maa Kali.

In 2018, I completed the Heal Your Life Coach training at Lonavla under the guidance of Sneha Shah and Shashank Gupta.

In 2019, I completed the Law Of Attraction Coach training at Hyderabad under the guidance of Gaurav Behl.

Over a period of the last 10 years, I have completed 33 online and in-person Certifications in Metaphysical and Spiritual Studies and following my passion for teaching, coaching, counselling and training, I have served celebrities and the common man alike.

Through my institution, Angel Acaademy®️, I now run various different programs throughout the year.

Till December 2021, I have completed more than a thousand private Angel Therapy readings and healing sessions. I have also facilitated 87 Metaphysical seminars, workshops, trainings, support groups, immersives, intensives and residential retreats in various parts of India in the last 10 years. 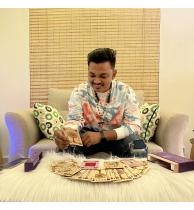 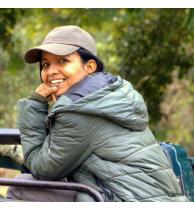 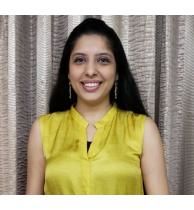 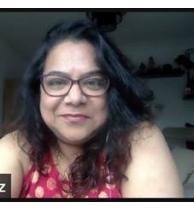 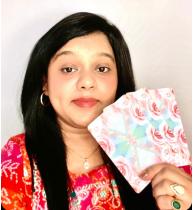 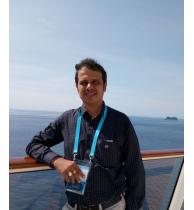 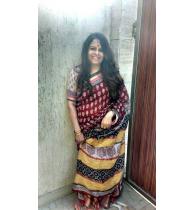 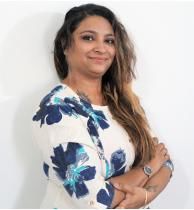 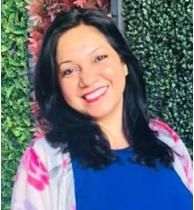