Dr. Mahesh Hukmani is an Eye Surgeon by profession and did his MS in ophthalmology from the prestigious S.M.S Medical College and Hospital Jaipur ( Raj.) in 1998.

He practiced till 2008 and jumped into the field of Research with Quantum Physics and Vibrational Medicine as his choice. He developed a new concept called Scalar energy Pyramid in Early 2010 and Tested the same for its Anti-radiation Properties and its ability to improve the immune status upon the Human Body with excellent Results as evidenced by Pip scan, Aura Photography, Aura Scan, etc. Scalar Energy Pyramid is Now a Patent Product with him. Later on, he also developed Scalar Energy Brass Balls for the alleviation of pain, especially Joint Pains.

​Planet Healers was Founded by Dr. Maheish M D Hukmaani in Nov 2011. His Research in Vibrational Medicine went on until one day he managed to develop a software for Voice analysis, called Jupiter Voice Scan or JV-SCAN, as a new Holistic approach in Diagnosing the Trapped Emotions Of Subconscious Mind & treating the human body deficiencies in the form of pure sound frequencies named by him as Healing code therapy. It is now matured into the one and only Complete integrated Wellness Concept, in the History of Holistic/Alternative therapies, that helps in Disease Prevention, Utilizing its own Diagnostics (Only Allopathy has its own Diagnostics otherwise), and treatment by means of Pure sound Frequencies, making it a completely drugless, painless, affordable method of treatment. The whole concept is developed and matured as per the guidelines laid down by W H O -Geneva Convention 1984 The whole Concept is under Protection under Intellectual Property Rights Patent Protection CopyRight Protection ​With more than 2000 clients treated successfully in the last 4.5 years after its launch on June 24, 2013, This method is becoming the treatment of choice for not only disease prevention but also disease elimination. Mind Design academy is the Education series partner of Planet Healers and is involved mainly with awareness and Education regarding Improving Mind Attributes in Children, Youngsters, Corporate, Married Couple, etc. Jv-Scan is Registered under the Government of India as a start-up India Initiative.

Dr. Mahesh Hukmani is also the Brain Child Behind: Name Frequency Analysis Medical Meditation: wherein you are made to talk to the Soul With in to Heal Diseases. The Technique used by him is also Named by him as Gene Aerobic Meditation New Age Meditations including Karmic Detox and Pulling Past life attributes At Jv-Scan Preventive Health care Clinics, we use an Integrated Approach for keeping the Body sickness free. 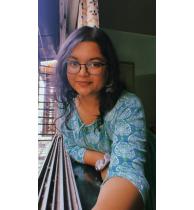 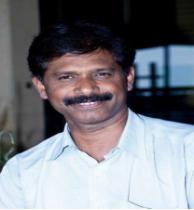