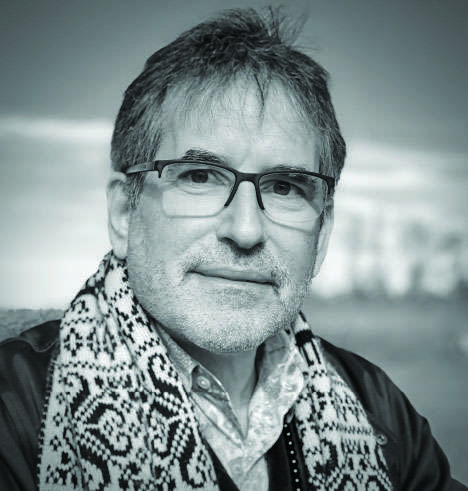 A fairy tale come true
Andrew Cohen is an internationally renowned spiritual teacher and the founder of Evolutionary Enlightenment. Raised in a secular Jewish family in New York City, he experienced a spontaneous revelation of cosmic consciousness at the age of sixteen. A fateful meeting with the revered master HWL Poonja in 1986 sparked a life-changing awakening in him. He recounts the experiences that kick-started his spiritual journey and later, of merging with the Supreme Self.

My first visitation from the unknown occurred when I was sixteen years old. I grew up in a secular Jewish family in New York City, and I had no religious background or training whatsoever. In those days, without even knowing it, I was a secular materialist.

When I was a teenager, I lived in Rome with my mother for two years. We were up late one night having a conversation, and I can’t remember what we were talking about, but suddenly, for no apparent reason, the doors of perception opened. It seemed as if the walls in our apartment had miraculously disappeared. I was in the centre of infinite space. I was engulfed by a feeling of absolute and impersonal love that was completely overpowering.

It was so intense that, at times, it was physically unbearable. In an instant, it became apparent to me that the entire universe is one infinite cosmic being that is conscious and self-aware. The body of this being is all things seen and unseen, known and unknown. In that moment, it became immediately obvious that there is no such thing as death and that all points in space are exactly the same place.

I was utterly overwhelmed. Tears were streaming down my cheeks, but I wasn’t crying. My throat spontaneously opened and closed of its own accord. I was in a state of awe and rapture, in which there was only ecstasy, overwhelming gratitude, and total joy. I don’t know how long this initiatory experience lasted, but as the overwhelming presence began to recede, a mysterious voice from beyond the mind uttered these words: “If you surrender your life to me and me alone, you have nothing to fear.”

It took me about three days to fully recover. At the time, I didn’t know what it meant; I only knew that those few moments had been the most real of my young life. Later, I discovered that this is known as an experience of cosmic consciousness.

Six years later, I made up my mind that I was going to do whatever it took to become enlightened. I was 22 years old, and I wanted more than anything else to rediscover the indescribable joy and unparalleled freedom I had known in those few moments.

The trip to India
After much seeking and meeting with many teachers, I went to Mother India. I knew I was going to succeed; I just didn’t know how long it was going to take. I was a disciplined meditator, sitting for four hours every day.

By this point, I had grown weary of spiritual teachers and gurus. I was impressed by the great J. Krishnamurti and took to heart his cautions about being a follower. It was then that I heard from a friend about an extraordinary spiritual master living in Lucknow called H W L Poonja.

He was a direct disciple of the renowned and revered Ramana Maharshi. My friend claimed that he was profoundly enlightened and that he was a powerful exponent of Advaita Vedanta—the direct path. My friend insisted that I had to meet him. With a mixture of anticipation and hesitation, I wrote to him asking his permission to visit. He wrote back to me and warmly invited me to come.

A week later, I was in Lucknow, and my friend took me to meet the great man. Master Poonjaji was living in a small room on the second floor of his son’s house. As we entered his room, he was sitting on his bed, and we sat on the floor in front of him. He was a large man with the most powerful eyes I had ever seen. The first thing I said to him was that I had no expectations, to which he immediately replied in a loud voice, “That’s good!”

I asked him how much effort it takes to be free. Speaking in a whisper, he told me that it doesn’t take any effort to be free. Hearing those words, my focus quietly shifted within me. In the eye of my mind, I saw water flowing down the side of a mountain—the deepest part of my own Self was ever free, ever unobstructed, just as this flowing water. In an instant, I knew without any doubt that I had never been unfree. I saw directly that un-enlightenment was really only a thought!

The master shouted, “THAT’S IT!” I looked up into his eyes and he burst out laughing. It was an extraordinary, indescribable moment. All this happened within the first few minutes of being in his presence.

Interactions with Poonjaji
I spent three weeks in Lucknow, going to visit him every morning and afternoon. He would invite me for tea, and we would sit quietly or go for walks. He would often invite me to dinner with his family. He was only ever kind, gracious, loving, and compassionate. He effortlessly answered all the most important questions I’d been struggling with. Slowly but surely, all my doubts were vanishing into thin air.

After three weeks in the master’s company, I left him to visit some friends in Delhi. I knew I would be back soon. Just before I left, he told me with enormous confidence that something very big was going to happen to me. I thought he was crazy; how could he possibly know this?

Later, as I was sitting by myself in an empty train carriage in Lucknow station, I became aware of a powerful presence surrounding me. It was awake with consciousness, vibrating with bliss. It was pulsating with overwhelming love. It was within me, around me, everywhere and nowhere all at once.

As the train began to move, the experience intensified, and I found myself swimming in an infinite ocean that seemed to exist outside of time. Boundaries were dissolving, and a searing ecstasy and overwhelming terror took hold of me. It was everything I had dreamed of, and at the same time, it was way too much. I felt like I had been picked up by a hurricane. I knew there was no way back, no way home to the old ‘me.’ IT was everywhere, and I was dissolving, drowning, and overwhelmingly grateful.

A domino effect
When the train arrived in Delhi, a friend picked me up at the station. We went to my hotel room, and all I could do was tell her about the magical three weeks I had spent with this man—the most extraordinary man I had ever met. To my surprise, hearing my words, she was catapulted into the same amazing higher state of consciousness that I was in. She was terrified and overwhelmed, and I was amazed. This hurricane of consciousness that was enveloping my entire being was affecting others around me almost immediately.

When I woke up the next morning, I watched myself sit up in bed and utter these words out loud: “I surrender my life to you, do with me what you will.” In my mind, I saw a whirlpool. I knew that all of my personal karma and Andrew’s story, the melodrama of his personal life, was over. I was now on a metaphysical adventure from which there would be no return.

As a result of the master’s profound grace, I miraculously found that I had access to a depth of wisdom, clarity, and spiritual knowledge I had neither earned nor worked for. I couldn’t understand it; I only knew it was true. Every day that passed, only confirmed that something miraculous had taken place. My friends treated me differently now—no longer as a man but as a master. This was not something I was asking for; it was just happening, effortlessly and spontaneously. Others were experiencing dramatic awakenings in my presence, and all I could do was fall at the feet of the one who made it all possible.

How does it happen?
How to describe the indescribable? I have tried here, and I hope I’ve done justice to the unending miracle that has been my greatest good fortune. What makes enlightenment possible is wanting it more than anything else. There are others out there who wanted it so badly that they actually found it. So, if you are a true seeker, do not doubt. You are not alone! Seek enlightenment with all your heart, and you will find what you are looking for.

But please keep in mind that this miracle is not for you alone. Once it finds you, you will be choicelessly obligated to share it eternally.