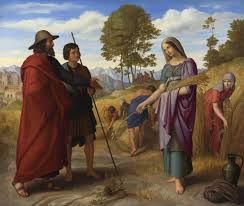 Rabbi Rami Shapiro, who is also a Vedantin and a student of Zen Buddhism, explores some challenging issues of our times in conversation with Suma Varughese

I first met Rabbi Rami Shapiro on December 2015 when I chaired a discussion on spirituality at the Hindustan Times summit. The discussion was between well-known author Marianne Williamson, and Rabbi Rami, who, I must confess, I had not heard of before. But I was pleasantly surprised to learn that despite being a rabbi, Rami has been ordained with the Ramakrishna Mission and is also a student of Zen Buddhism! The home page of his website beautifully sums up his conviction: To me, religions are like languages….and the more languages you learn, the more nuanced your understanding of life becomes….Judaism is my mother tongue, yet in matters of the spirit I strive to be multilingual.”

During a couple of days, I spent in his company, I found in Rabbi Rami a kindred spirit – open, accepting, inclusive, non-judgemental and non-aggressive. He was, I could see, a thoughtful student of human nature, and an ardent seeker after the spirit. Rabbi Rami has started a synagogue and is the author of 30 books on spirituality. Excerpts from an email interview with him:

I was moved by your statement about religions being like languages. That testified to a broad and inclusive spirit, not often found in keepers of the faith. Tell me about the journey that helped you to bloom into this perspective.

Just so our readers understand your reference, I believe religions are like languages in that all religions are of human origin, no religion is true or false, and the more literate we are in the world’s religions, the more nuanced our understanding of reality becomes.

What led me to this is simple: at the age of 16, while meditating by a lake in my home state of Massachusetts, I was graced with an unshakable knowing that all reality is the manifesting of God. And with that knowing came an overwhelming love for and from all beings. I then began a lifelong study of religion and spiritual practice to deepen my understanding of this truth.

Despite this, what made you become a rabbi?

The answer as to why I became a rabbi goes back to my notion of religion as language. Judaism is my mother tongue. While I am somewhat conversant in other languages, the language in which I am most at home and fluent is Judaism. I felt that if I wanted to be truly literate in Judaism I would have to become a rabbi. So I did. While I grew up in Orthodox Judaism, I opted to study in the Reform denomination because it gave me the most freedom to be creative. When I told my Zen teacher, Joshu Sasaki Roshi, that I planned to become a rabbi, he challenged me to be a Zen rabbi. After five years of post-graduate rabbinic training and 35 years of an ongoing study, I am still trying to live up to his challenge.

What would you say is the special contribution of Judaism in understanding ourselves/God/life?

At their best all religions teach the same understanding: I and Thou are one; Tat tvam Assi; or as we say in Yiddish, Alles is Gott: everything is God. What Judaism brings to the table isn’t a unique understanding of God or humanity, but a unique passion for argument and doubt. Judaism trains Jews to question and challenge God as well as our teachers and their teachings in order to better understand how we are to live godly lives. At its heart, Judaism is a jnana yoga path whose central practice is elu v’elu (this and this) which is the Jewish version of the Hindu Neti-Neti (not this, not this). By making room for all opinions we learn to step beyond opinion altogether: as the third patriarch of Zen Buddhism taught, “Seek not after truth; cease only to hold opinions.”

With many of us moving beyond religion into spirituality, do you think humans will finally outgrow our need for religions? Or will religions just regain their original purity?

Neither. We, humans, are meaning-makers, and religion is one of the ways (along with science, art, dance, literature, and poetry) we make meaning out of the raw facts of our existence. So I doubt religion will ever go away. Specific religions may die or be reimagined, but as long as there are human beings, religion-making as meaning-making will continue.

Nor do I think there was a time of original purity from which religions have fallen. Rather, I believe that throughout time and across all civilizations there have been, and continue to be, individuals who discover Perennial Wisdom: the realisation that 1) all things are manifesting of God (Brahman, Allah, Mother, Ground of Being); 2) human beings have the innate capacity to know themselves and all beings as manifesting of God; 3) living from this knowledge is intrinsically just and compassionate; and 4) realizing God and embodying godliness is the highest calling of human life.

How did you get initiated into the Ramakrishna Mission?

I have been a student of Advaita Vedanta for a half-century. For the past 15 years or so my primary teacher has been Swami Atmarupananda. After many years of study with him, I asked to become a devotee. He brought my request to his guru, Swami Swahananda, who initiated me in a deeply moving ceremony made all the more poignant because Swami Swahananda was very ill (he would die shortly after).

How has this added to your spiritual growth?

If you are asking me how my affiliation with Ramakrishna and Vedanta has enriched my life then the answer is simple: learning the language of Vedanta has deepened my capacity to understand and articulate Truth.

What do you think has been the Indian contribution to the evolution of the world?

The materialistic age that we have inhabited for the last few centuries was a creation of the West and has given the West enormous political, social and economic power. Do you think the West is ready to let all this go and embrace the spiritual perspective that will actually deprive them of these advantages?

What gave the West its political, military, social, and economic power wasn’t materialism, but science, capitalism, and democracy. Over time that power came to be controlled by a small elite, and they are never going to relinquish their power, wealth or privilege. Either their power will be taken from them by force, or humanity will create an ecologically sane, sustainable, and egalitarian global civilization where the power the elite possess is no longer prized by the majority of humanity. As long as we worship wealth, we make gods of the wealthy.

India, with all its problems, is by far the more truly materialistic civilization. India’s challenge is to keep its holy materialism alive even as it continues to embrace science, capitalism, and democracy.

How can spirituality/religion solve the critical issues of our times such as ecology, terrorism, and war?

The problem plaguing humanity is a zero-sum worldview of “us against them” that divides people from one another and from nature in a way that sanctions the oppression and exploitation of both. The solution to our problem lies in awakening as the Self and living out the nonzero worldview of “all of us together” that arises with this awakening. If and when religion and spirituality lead to this awakening then they will be part of the solution.

Do you think Israel and the Islamic world of the Middle East can ever live in peace?

Peace will come to the Middle East in one of three ways: 1) one party overwhelmingly defeats the other and imposes peace through power; 2) all parties exhaust themselves and are no longer willing to spill blood and treasure in service to some domination fantasy; or 3) people awaken to Truth, step beyond the “us against them” narratives promoted by the religious and political classes, and embrace each other as manifesting of God. Any of these things could happen.

Looking at the big picture, how exactly is the world unfolding?

Are you hopeful about the direction we are heading in?

I think we are in the closing decades of an ecological Kali Yuga. We have crossed the point of no return with regard to climate change, and can no longer avoid the coming catastrophe. The coming collapse of civilization will decimate the poor, lower, and middle classes, and I worry that the only people who will survive, if not thrive, are the wealthy and powerful, and those they hire to serve them. Spirituality cannot save us from the coming cataclysm, but it can provide us with the capacity to navigate it with compassion rather than cruelty, and love rather than fear. In this way alone am I hopeful.

What makes you think we have crossed the point of no return with regard to climate change? And what is the catastrophe you envisage?

We were told that once the atmosphere reached 350 units of the carbon-climate disaster was unavoidable. We are now at 420 if I’m not mistaken. What we can expect is swiftly rising sea levels that will drown some island nations and swallow up much of others. Drought and famine will be widespread and climate refugees will overwhelm the capacity of wealthy nations and the compassion of their citizens. Unless people are able to see these refugees as sisters and brothers rather than alien invaders, we are in for another holocaust.

Your perspective appears excessively negative and based on a scientific perspective. But science is not holistic and many of its findings have been disproven. I cannot help thinking that God will pull us through…

Yes, I am being deliberately dark. Spirituality is so often blind to the dark side of reality. I understand that science is not the whole story, but to simply have faith that God will pull us through doesn’t work for me. It was humans who poisoned the Ganga, and it will be humans who will clean Her up. God won’t do this for us. And I have my doubts as to whether we will do it at all. The same goes for climate change. Carbon was simply one example. To rely on God is to abdicate our responsibility for making the mess and cleaning it up.

It is simply a matter of karma. God doesn’t save us from our karma, we have to work it through. And in the case of climate change working it through may mean the death of millions of human beings.