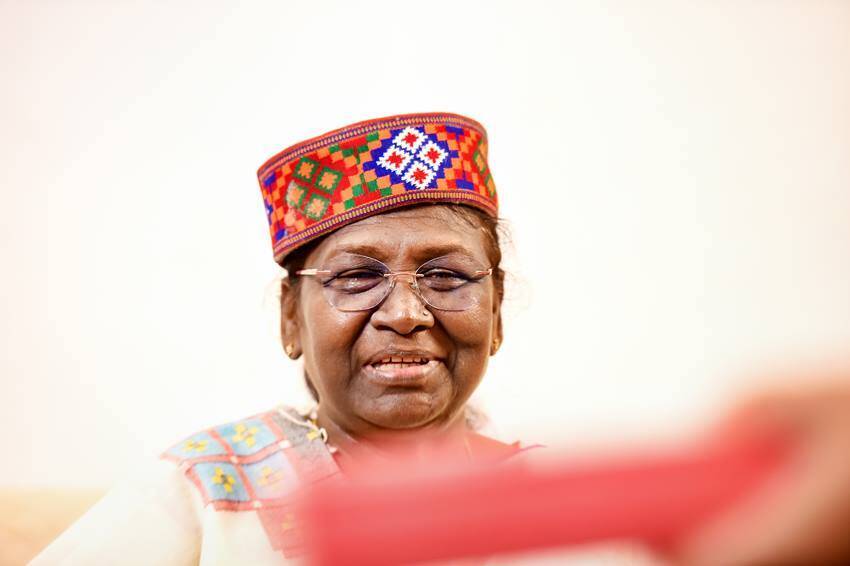 A President with inner mettle

Very often, we think people are just born lucky. The fact is people make themselves an inspiration, though they may have faced many ups and downs in life. One such inspiration is our newly elected president, Draupadi Murmu.

Coming from the Santhal tribal community in Odisha, she has been through many struggles in her life. In a span of just a few years, she lost her husband, two sons, mother and brother. All these happened one and after another and she just did not know what to do, whom to turn to. It is often said that we are shown a direction when we least expect it and this is what happened in her life too. It is at that time that instead of giving up on life, she became a keen practitioner of meditation, She used the techniques of Brahma Kumaris, and  connected with the Brahma Kumari Sansthan in Mount Abu.  People at Mt Abu remember her  and are very fond of her as she always connected with the values of the Brahmakumaris.

Slowly but steadily, her relationship with this institution strengthened and she learnt Raja Yoga to relieve stress. She has been part of many programmes of the institute and practises meditation regularly.

Her daughter Itishree, a bank employee, in interviews  has spoken to the media of how her mother showed “exemplary composure” in the face of challenges. She has surely been a great role model. Mostly seen wearing traditional Odia saris in shades of white, she just picked up the threads of her life and returned to work. Her daughter says, she put her sadness behind and was always seen smiling.

She was made governor of Jharkhand in 2015 and  continued in the same post till 2021.

Government employees remember her as being fair-minded, soft-spoken and had a good understanding of the administration. She did not interfere  in general governance, but whenever she observed that the government did not take the right decision, she would return the bill.

She is sure to be a great president with the right values in her office and gradually in the nation, too.  For she is indeed an example of a person who can handle all kinds of challenges. She herself has seen the spiritual strength of India so is bound to take it forward.

Kudos to our President, a woman of great inner strength and character.