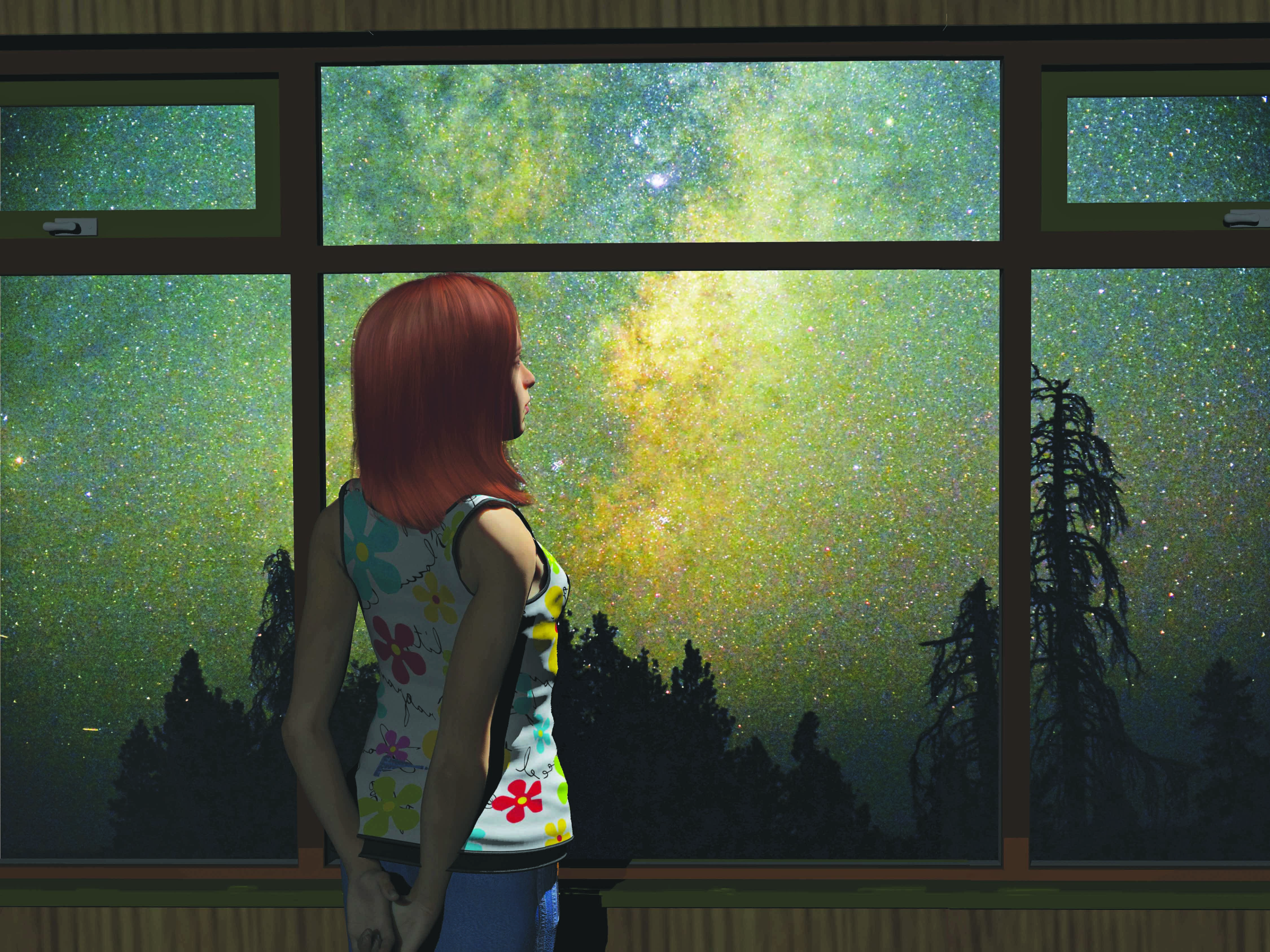 In her moment of despair, a little star, high above, gives Leela Krishnamohan the hope: “Every little thing is gonna be alright,” echoing the words of reggae star Bob Marley

On a warm Sunday afternoon, with all my chores done, I sat listening to music, indulging in a bit of 'me time.' It was the Reggae genre of music and the singer was the famous artiste Bob Marley.

“Every little thing is gonna be alright...” he sang in his enchanting Jamaican accent. He sounds so sure, I thought, but how does he know that everything is going to be alright? How fortunate to have so much faith, to be so certain, to have no doubts at all, and no fear of the future, secure in the conviction that there is a force greater than ourselves watching over us and over those whom we love.

Most of the time, like many of us do, I feel as insignificant as the proverbial grain of sand on a beach. Occasionally, however, I am left awestruck and wondering at the mysterious ways in which we feel singled out to receive messages, almost literally out of the blue, messages of hope and comfort which transform us in significant ways.

Many years ago, on a perfectly ordinary day, our lives were turned upside down by a frightening diagnosis. My little son was diagnosed with a neurological problem. Things happened fast after that. Visits to doctors, telephone calls, faxes sent and received, tests and scans at the hospital laboratory, waiting in dread for the reports, and sitting up all night frantically searching for more information on the Internet. Finally, the day came when, almost insane with anxiety, I waited in a hospital room high up on the tenth floor, while down below on the second floor, my child lay in the Intensive Care Unit in a post-operative haze after a major neurosurgical procedure, which was considered cutting edge at the time. This had to be every mother’s nightmare.

I sat by the window, tense and alone, perched on the edge of a narrow metal bench known in hospital parlance as’'the attender’s cot,’ as charmless a piece of furniture as I had ever seen. It was a contraption designed, no doubt, to keep the “attender” alert at all times and rightly so. It was so short in length that despite all efforts to shrink myself, I could not comfortably fit into it. So, sit upon it I did, thinking of my child and nothing but my child.

Anxious, sleepy, and light-headed with fatigue, all I could think about was: What would the outcome of this breakthrough operation be? There were no guarantees given. We had been told that there could be ‘deficits,’ but no one could give us a very clear idea of what these deficits may be. Would my child come through this despite the risks? How were we going to bear this? Was I even capable of bearing it?

From my window, I could see that down in the street, city life went on as usual. Buses came and went. People tumbled out as others pushed and jostled their way in, eager to get home to their loved ones.

The street scene failed to distract me for very long. Searching for something else to look at, I lifted my eyes up to the pink evening sky. It was time for the sun to set; always the saddest time of the day for me. As I watched, the rosy stripes in the sky widened and spread and morphed into pale lilac and then pearly grey and finally, as the sun set, a darker grey with just a faint golden glow to remind me that the sun had been there just a while ago. What was that little shiny dot I could just about see? Was it a star, the first one of the evening, or was it just my weak and tired eyes playing a trick on me? It was indeed a star, twinkling faintly at first and then merrily, almost mischievously, at me. I looked at it and marveled at its perfection. Was I being fanciful or was it telling me something in a strange kind of Morse code? I must be hallucinating after several sleepless nights. Perhaps it’s just my usual wild imagination carrying me away. Who knew?

From the little that I remembered of my science classes at school, I knew that a star is a ball of glowing gases. It only appears to twinkle because starlight comes to us through layers of air and dust particles that surround the earth. For me, that evening, it became much more than that. That little star seemed to convey a message just for me; a message of hope, a benediction.

As I sat there looking at the brightening star, I felt my mood slowly change from fear and despair to a more positive state of mind. I became aware of a feeling of calm and peace beginning to take shape in me and growing ever stronger. Hope began to replace the raw fear of the last few weeks. Well-being spread through me. It was going to be alright. Sure, it was. My child was going to be safe and well. I just knew it somehow, and I believed it with a conviction I had not experienced since the trauma began.

I suddenly remembered a long-forgotten French phrase from my teaching days: "Pour sécher les larmes, rien n’est meilleur que de regarder des étoiles.” When translated, it means: “For drying your tears, nothing works better than looking at the stars.”

For the very first time since the nightmare began, I slept in peace for a short while that night on the ‘attender’s cot.’ Just before dropping into slumber, Bob Marley’s words had echoed in my mind. “Every little thing is gonna be alright”! Perhaps that is what the star was telling me.

Ten days later, my child was discharged from hospital, and we were allowed to go home.

Although we did not know it then, over the coming years, there were two more surgical procedures to follow and each one turned out to be more frightening, complicated, and riskier than the first one.

We had no choice but to go through this trial by fire. But throughout the pain, fear, and despair of each of these, that very first intimation that everything was going to be alright continued to stay with me and grew ever stronger. Today, I can say without a doubt that my faith in an all-knowing, all-encompassing force, larger than myself, is here to stay as long as I shall live.

The power of faith

Many years have passed and now, that child of whom I write is himself a loving, caring father of a beautiful little girl.

I cannot end this piece without narrating this little anecdote about faith:

In the beginning of the 19th century, a small town in the Midwestern United States was reeling under drought for the fifth year in succession. Crops had failed. Streams and river beds were dry, food was scarce, and livestock dying. The preacher decided to call the townsfolk to a prayer meeting in the town square. The purpose of the meeting was to pray collectively for rain. “If each one of us prays for rain, God is sure to hear us,” he said. Every citizen—man woman and child—was urged to be there and pray from the heart. The only condition was that each person bring along a personal item as a symbol of his or her faith.

On the appointed Sunday morning, the townsfolk began to walk up the hill to the square. Some held copies of the Bible, others carried prayer books or a holy picture or a rosary.