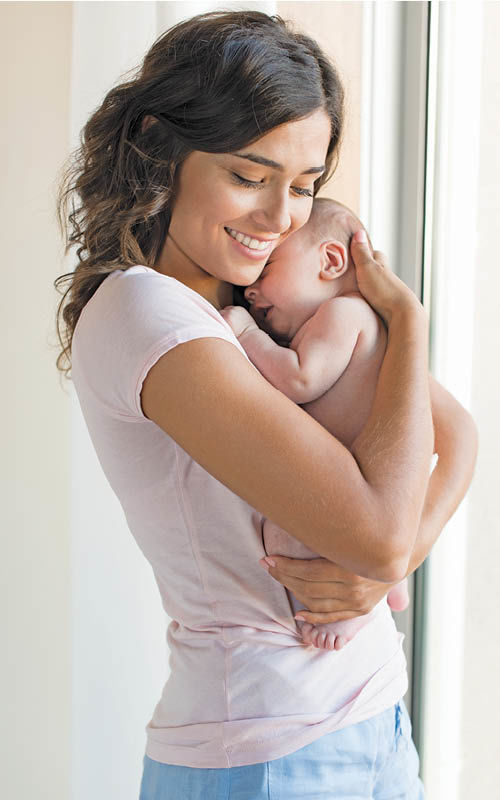 One lucky mother!
Kamalini Natesan shares what it is like for parents to bring up a child with gender dysphoria and to have the conviction to give their whole-hearted support to what is seen by many as an anomaly

I’m one lucky mother, I’ve realised. But you might ask, “Aren’t all mothers lucky?” The very fact that they’ve been able to birth an infant or more, makes them special, truly special, and it does make them lucky. There are many women who have had to resort to surrogacy, in-vitro, and what have you, the yearning to parent a child being what it is. So, what makes us parents extra special, gives us the extra edge over other mothers and fathers? The fact that we first birthed a daughter and then a son? Nope, that’s not it, certainly not. It’s because my partner and I did indeed birth two children, a female and a male child, but then we got extra lucky, not simply because I had two perfect surgeries to deliver these two but because we, as parents, have had the pleasure and privilege of a daughter and a son for twenty-one years, and now two daughters! My second kid came out and told us he has gender dysphoria, that he suffered and wondered why he suffered, till he came to terms with a fact: he was trapped in the wrong body; his sensibilities were feminine, and he yearned to be a girl. He explained to us that he was always more comfortable with girls, as opposed to macho boys. We had known him to always be surrounded by girl friends and found it perfectly natural for our attractive young fella to have girls fawn over him.  It did shock us then because, while we believed our little one to be a perfect little boy, we had failed to perceive that he was just a girlie fella, who enjoyed all the gossiping and giggling. He was driven by a need for female company, which he himself called ‘my lot.’ We grappled with it some more; he was not bisexual, he wasn’t gay, he wasn’t like you or me—he just was a she! So, our son’s a transgender. How cool was that! Well, not so cool. It meant up ahead on this path, a painful re-assignment surgery would need to take place, and plenty of therapy, and docs and hormones. It was a lot to take in. It was humungous actually—and it wasn’t painless.

I read books, met a few other beautiful transgenders who had already arrived on the other side, i.e. had had their surgeries and led a far happier existence afterwards. I wrote about it on my blog. I was cited as brave and amazing to the world. And why would that be courageous I asked myself, and a dear friend enlightened me, saying, “It’s cause most folk are unwilling to accept their child’s truth and deny that Nature can make mistakes in allotting a body.” Well, Nature does and has made what one might call mistakes—conjoined twins, a hole in the heart; what might these then be? It’s a miracle when a child is born whole!

I did find a lot of mail in my mailbox when I posted on my blog about Chaithanya’s gender dysphoria. I was secretly messaged by many a troubled parent. They didn’t want the world to know; they couldn’t acknowledge this ‘horrific’ fact. There was so much shame attached to it, much to my chagrin. Their kid had also kept this crucial, basic fact to themself and suffered in silence. I wept copiously on reading some horror stories about how the trans person ran from home, sought solace from strangers, and sometimes had to sell themself for a meal but couldn’t go back ‘home’ to continue to be tormented by either jibes or a life of pretence. It shattered me repeatedly. I began to see my offspring in a new light, with renewed affection, with a deeper understanding and love above all. All I wanted was to protect my child from this cruel world, from folk that would rather not know. “Ask me if I care,” asks the world.

Aanya, as she now calls herself, underwent her own trauma and torment before coming out to us. She was also diagnosed with bipolarity around the same time, which made this whole thing rather complex. So I asked myself, “Is the occasional psychosis because of the gender dysphoria or is the gender issue the underlying cause for all the obsessive and strange outlandish behaviour of an addictive personality? Who really knows? The psychiatrist who writes the prescription to help subvert psychosis? The therapist who we’ve been seeing for years to help our kid and save our souls? Does anyone have clarity—complete, unflinching clarity of the whys and wherefores of such like?” Nope, nah, not nearly enough. Yet, we bought it all, hook, line and sinker. This is not something that can be calculated and rationally explained and have pills to sort out every nuanced nervous move. It is just not like that, we realised, in the years that we spent hoping and loving, and believing that some day the child will ‘settle down.’ The father and I had our share of differences in the manner we wished to ‘handle’ the child: to be hard or soft, to boycott when caught stealing or cutting classes, or to have a straight talk and continue being kind? There was many an occasion when we would squabble bitterly. “Was love not enough?” we asked ourselves when done.

There are days when one is left gaping into vacant spaces and your heart is being ripped out of you, and all you do is stare at your child, love bursting its seams, yet the heart is rent with anxiety: “How will this kid survive, in this world, where differences abound, yet these very differences make or break a person’s confidence. Either you revel in it, or you drown in it, and live a life of falsity, of duality, or worse. There’s no easy and sure shot solution to finding everlasting happiness, is there?”

This world is rife with a rising outbreak of the LGBTQ community, and I use the word ‘outbreak’ because, at long last, this community is making itself visible, is being heard, and is speaking up undeterred, at the risk of being sidelined, even though its voice is neither brittle nor weak. This community is looking to exist, really mostly to being acknowledged. At the core of this ‘voice’ is a wish to belong and to be permitted to flow in the mainstream, not be stuck in a hurtling current, which drowns rather than carries along. If only the world would nurture this community and aid its becoming what it is meant to—not stand in its way and have it spend its life, simply fighting for its very existence. It’s as if they were invisible, the LGBTQ folk, and by snuffing their voice, the narrow and closed minds of the world at large make it so obvious, that one is not willing to coexist in accord. The world would rather have a robotic disharmony than a diverse harmony, right?

My child, my beautiful son-daughter will have a place under the sun, we’ve promised ourselves. We are clinging to our own sense of fairness and are ready to take on anyone who dares say it’s odd, and it’s not okay to be born in one body, and then say, “Give me a different one, better suited to my ethos.”

The fact is that no amount of reading helped quell the angst in our parental veins. What did help was conversations with other trans folk, some contact with her kind, to understand what it is to live trapped. How constricting and how torturous it can be, made us see more and more clearly what our Aanya may have suffered over the years, unbeknownst to her. Today, we find ourselves solidly steering in a direction we are all comfortable with as a family—onward ahoy—we and our two daughters! The world has far more interesting people than we are willing to admit or even acknowledge.

I’m just such a lucky mother, I am!