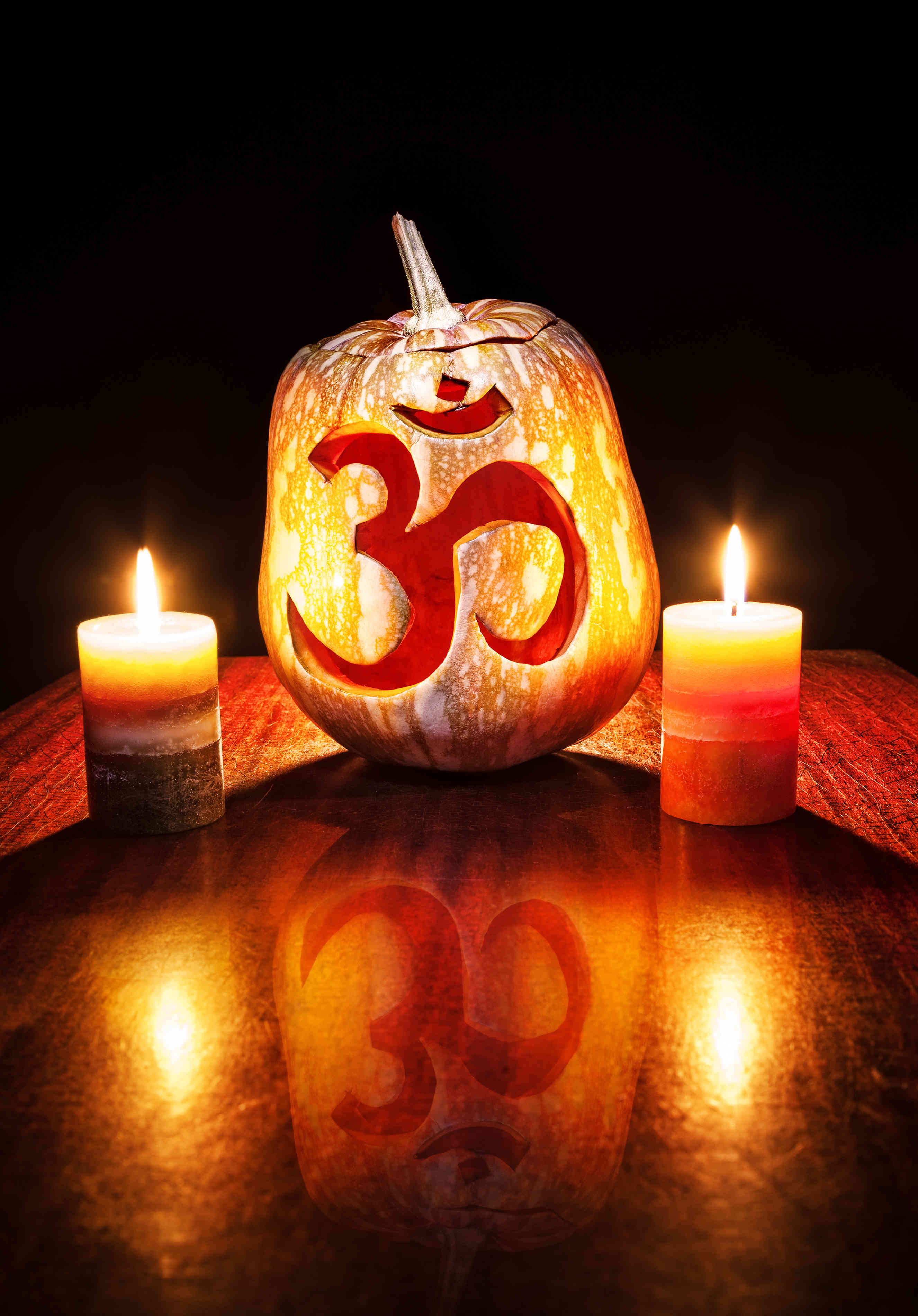 How does one straddle the diverse cultures of the East and the West? After intense soul-searching, Vidya Murlidhar arrives at the revelation that the one Divinity within each of us is all that matters—irrespective of our varied traditions

Many years ago I was a young mother who walked a tightrope to find the cultural balance between my deep immigrant roots and my widespread American branches. My endeavour was to imbibe and portray just the right amount of Indian-ness to be cool (aka Deepak Chopra) and to fit snugly into both the cultural spheres. Neither did I want to risk being labelled a boorish ‘desi’ nor did I want my kids to grow up to be befuddled ‘ABCD’s’ (American-Born Confused Desis).

In my naivety, I held the notion that a child who was a perfect blend of both the cultures would flawlessly recite at least a few shlokas in an American accent, fluently speak their mother tongue and another foreign language, be skilled in a form of Indian classical dance or music, while playing a sport and being part of the orchestra or a band in school. We celebrated Christmas, Pongal, Easter, Ganesh Chaturthi, Navratri, Diwali, and Halloween. Life was just a blur as I sped from one class to another, one event to another. Never once did I even stop to think if I was passing on the true essence of being human to the kids.

And then, a few years ago Diwali and Halloween fell on the same day of the year. Two important festivals with completely contrasting rituals. Yet Diwali was the most important festival of the year to someone from India and that year, in my heart, in the battle between the roots and the branches, the roots reigned. “After all, cut the roots of a tree and you uproot it; cut a few branches and the tree still stands,” I concluded.

“No Halloween decorations this year, kids,” I announced.

“Why not?” my seven-year-old son asked, sullen and disappointed.

“We cannot have skeletons and cobwebs outside our house on Diwali. More so at a time when the Goddess of wealth, Lakshmi, visits us. The house, the porch, and the yard must be clean. We need to have diyas, lanterns, and a rangoli on the front porch to entice the Goddess.”

“What do you mean visits us? Isn’t her idol in the pooja room? Doesn’t Thatha (grandpa) pray to her every day? Hey, you do a Lakshmi pooja every Friday too, don’t you?”

“Hmmm…yes, the act of inviting the Goddess into our home is symbolic. Somehow it doesn’t feel right to have a skeleton hanging out on the porch on that day.”

“Heeyyy!’’ said my son, Wait, does that mean I cannot go trick-or-treating either?”

“I’ll let you go for an hour. But not as a ghost or the devil or a blood-sucking vampire. You need to be home before it’s dark and we light the diyas.”

“WHAT! That’s when the fun starts! And it’s just a costume, Mom. I’m not going to turn into the devil just because I dress up like one! Gawd! I hate being Indian! Do we have to go to a fancy Diwali party too?”

“Dude, you can wear your new Indian clothes and they can double up as a costume too,” retorted my eleven-year-old daughter with a sheepish grin. “And mom, maybe you can distribute laddoos instead of candy to all the children who come trick-or-treating.”

“Are you making fun of me? Huh?” I turned red with anger. It wasn’t easy trying to find the balance.

“Mom, chill,” said my daughter “I don’t really care for either Diwali or Halloween. I’m agnostic.”

Agnostic! Such a strong word for a child. Oh, my! What a failure I was. One child did not believe in God and the other hated his roots. What would all my friends think? My kids had given up learning classical music a couple of years ago. The shloka classes at the temple had not worked out—and now this! What was I doing?

That evening, I thought hard about the values I wanted to pass on to my kids. What did it mean to be Indo-American? Why did it matter so much to me that my kids were the perfect blend of two cultures? And the answer, bitter and true, came to me: it mattered only because I wanted the world to applaud the way I raised my kids. I imposed my way of thinking on my children, just so that I would be known as a good mother. That night, I set out on a quest—a spiritual quest in search of what truly mattered.

I ruminated on my own experiences as a child. Growing up, I had not visited too many temples because every time that I did, I had gotten the nagging feeling that this was not the whole truth. The occasional times when I did visit the temple, I rang the bell, did my namaskars and the pradikshinas as I was supposed to, though there was a sense of emptiness to the way I did it. There had to be more to God than just bowing down to Him occasionally at the temple or at home. Why was it that so many people who claimed themselves to be ardent devotees still had no grasp over their fears, their anger, their hatred, or their pride? Why did some of the pundits who were well versed in the scriptures consider themselves superior? Wouldn’t the knowledge of finding God make one humble? A lot of it did not fall into place for me, but I was too busy being a teenager to dwell on it.

Once I got married, I did not question these ways. All I wanted was to be a good wife, daughter-in-law, and mother. So I took the kids to the temple and celebrated every Indian festival the traditional way, not because I found divinity in our customs but because I believed this was what I had to do to play my role well. A good mother taught her children about God, though, in my case, I tried to with a shallow understanding of it. Until that evening, when the nagging feeling came back—there had to be more to it.

Days, weeks, months went by. I spent a lot of time listening to lectures by spiritual greats. I listened to Sadhguru (Jaggi Vasudev) while folding the laundry, T. T. Rangarajan while chopping the vegetables, and Sister Shivani before going to bed. Eckhart Tolle, Deepak Chopra, Thich Nhat Hanh, Louise Hay, and Paulo Coelho had long replaced John Grisham and James Patterson on my bookshelf. I meditated regularly. Slowly, the layers began to peel off, and I saw myself for the befuddled mess that I was.

Though I could not bring myself to follow any one guru, I borrowed from each one’s arsenal. The deeper I delved into my quest, the clearer it got. Though each guru’s background, experience, and their way of imparting knowledge was different, their message was the same. Divinity resides within each of us. No one was greater than the other; no religion or tradition was greater than the other. Maybe that is why the emptiness I experienced earlier made way for a sense of calm and completeness when I meditated, when I sat in silence and looked inwards. This was the real thing. Nothing else mattered. Everything I saw around me was a manifestation of divine energy. Every creature, every flower, every tree…And then, when I looked at life in this new light, I was spellbound. I found beauty in the call of the azan, the prayer of a priest, the chants in Buddhism, and Sanskrit shlokas. Though I still haven’t visited too many places of worship, I have no doubt I will find the same sense of peace in a temple, a gurudwara, a church, or a mosque.

Looking back, I also realised that I have experienced the grace of God many times in my life. When my daughter, as a one-year-old, had to undergo a difficult surgery; when my mother underwent a series of serious health issues; and at many other troubled times. Though, at those times, I was looking at faith as a belief in a big, miraculous entity outside of myself.

I know faith is a seed sown within oneself. I understand that rituals are meaningful if done without a deeper sense of understanding and am fascinated by the science behind some of our ancient customs. In a way, I learnt it backwards, though I also truly believe that a simple prayer said from the heart is far more effective than the habitual recitation of the scriptures. I do not have all the answers yet and will probably not in this lifetime, but I know I am on the right path.

Khalil Gibran was right when he said we can give our love to our children but not our thoughts.

Diwali and Halloween fall on the same day, I will light the diyas to symbolise the divine light within each of us that can extinguish ignorance. I will allow my son to wear his scary costume with the hope his fears of the unknown are banished. And as for the skeleton, he can stay alongside the rangolis and pumpkins to signify the death of a dreary tiger-mom.