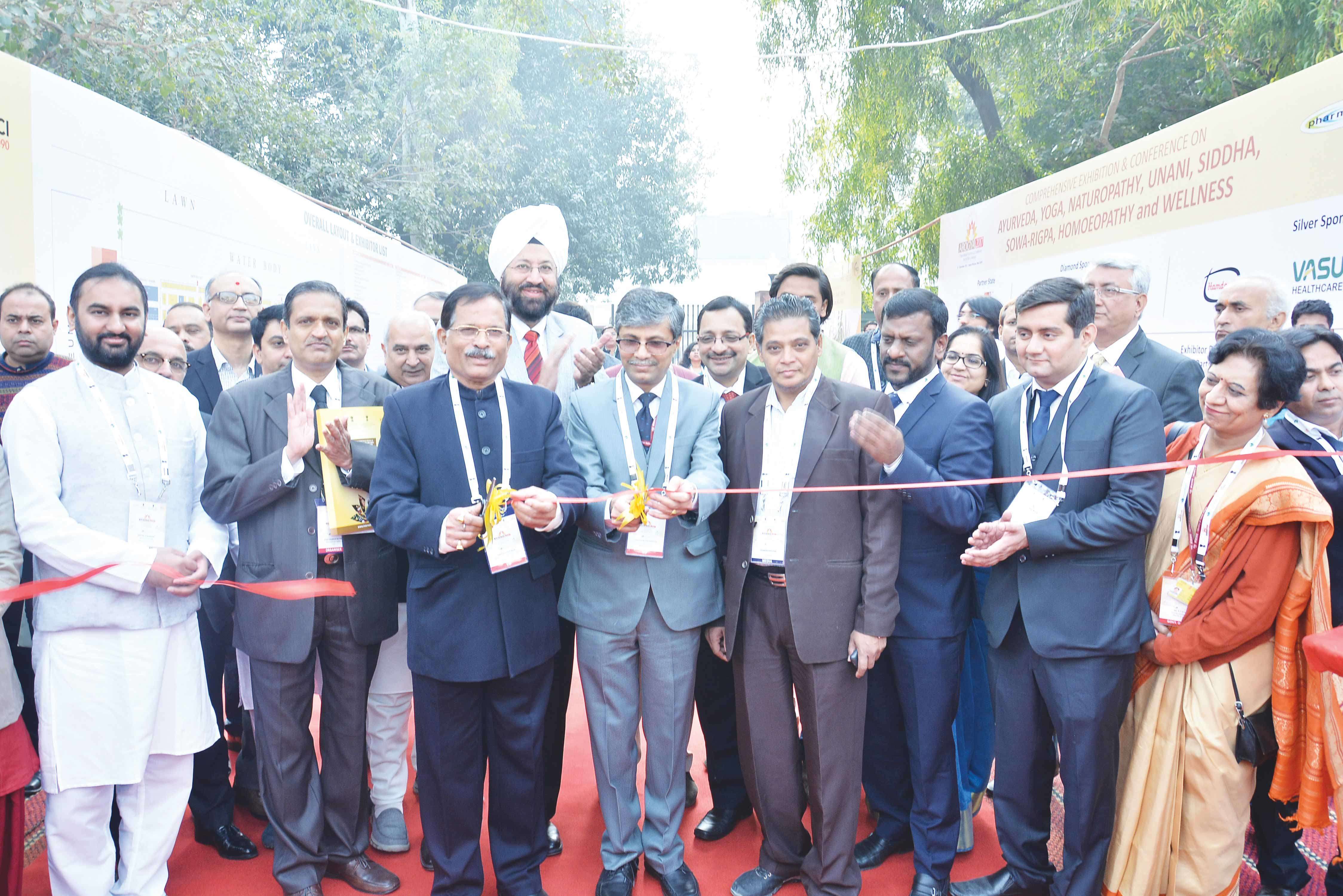 “The contemporary relevance of AYUSH is ever increasing. The AYUSH system not only makes scientific sense but can also make a considerable business impact,” remarked Shripad Yesso Naik, Minister of State (Independent Charge), Ministry of AYUSH, Govt of India. Mr Naik was speaking at the International Arogya 2017, the first international conference and exhibition on AYUSH and wellness systems, organised in Delhi by FICCI, in collaboration with the Ministry of AYUSH, the Ministry of Commerce and Industry, and Pharmexcil.

AYUSH modalities have, since long, been one of India’s greatest gifts to the world. And since the last few years, the world is finally waking up to their brilliance. This four-day event (December 4–7, 2017), replete with an exhibition and conferences on the topic, was a perfect setup for building the brand. The backdrop of the event was the National Health Policy 2017 that strongly advocates mainstreaming the potential of AYUSH within a pluralistic system of integrative healthcare.

Mr Pramod Kumar Pathak, Joint Secretary, Ministry of AYUSH, announced that the Government of India has signed MoUs with 11 countries and established 28 AYUSH informative cells till now. “We have witnessed the participation of more than 70 countries who have shown their willingness and resolve to work for the development of traditional medicine. The enthusiastic participation of more than 250 traditional manufacturers, itself shows that, in the coming days, this sector will emerge as a prominent economic entity, resulting in an enhanced transaction of AYUSH products and its related services,” said Mr Naik. Apparently, the export of AYUSH’s finished products is worth $700 billion, and a standalone potential of AYUSH’s raw material export from India is $3,000 million.

In the plenary session, Building a Brand Strategy: Healing Power of AYUSH for the World, it was discussed that by incorporating modern systems of research and educating people about the concept that ayurveda is a way of life, brand AYUSH can be promoted abroad. It was also mentioned in one of the plenary sessions that the responsibility of integration should not be left to the patient alone; rather, physicians must integrate their knowledge and practices.

The event also held discussions on business opportunities in integrative healthcare, sessions on global regulatory issues on AYUSH, and on matters related to standardisation and regulation. Free health check-up and consultation, counselling by specialists, yoga demonstrations, and naturopathy sessions were some of the other attractions at International Arogya 2017.