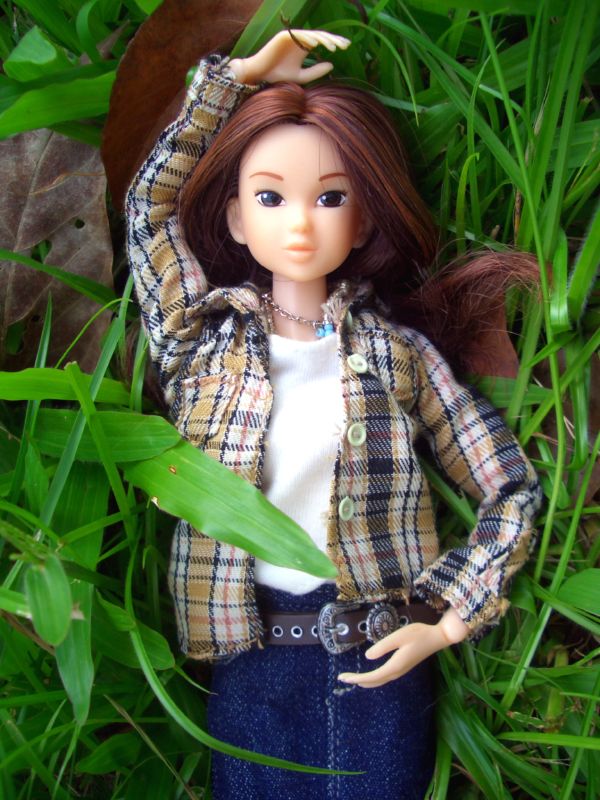 From early childhood, her life was infused by the presence of Shirdi Sai Baba and the many miracles it unfolded for her. Today, Vidushi Luthra stands poised to guide others on the path, says Suma Varughese

How did your spiritual journey start?

It started when I was very young. I used to have intuitions about forthcoming events, even world events while sitting in the confines of my home. I was maybe six or seven when I told my parents that there was a massive earthquake. I was trembling. My parents did not believe me, but the next morning the newspapers reported that there was an earthquake in Indonesia. Then after a few days, I met my cousin, a psychiatrist.  I saw how she was reading people’s behaviours. I suggested that people’s lives could be read too. She said no. I don’t know whether this triggered it off, or about of fever I had for a few days, but after this, I began to tell my friends. “This is going to happen in your family, this is going to happen to your mother…” Certain yogis would come home and tell my father to stop me from divulging anything to anyone. I was too small to understand why they were saying that. I thought they were jealous of me. I continued telling.

Can you give me some examples?

When my mother was carrying me in the womb, in the seventh month, she got a dream where Sathya Sai said, “I am giving you my daughter.” My father was a Sathya Sai devotee.

But I could not relate to Sathya Sai. I had already started worshipping Shirdi Sai. Only his name would come out from my mouth. So I started asking him to give me answers. The answers started coming when I was about 10 or 12. Baba started speaking to me through visions.

Sathya Sai always said he was Shirdi Sai, right? Would you like to throw some light on that?

Today, I feel that just as there are yogis, Paramahansa, he was somewhere there. But my Baba to me was the raw form. He was for everyone. Not that I had no visions of Sathya Sai.  When I grew up I began singing bhajans at Sathya Sai’s devotees’ houses, because there was always a portrait of Shirdi Sai behind Sathya Sai. There were visions during my college years where once Sathya Sai took me to a cave within his ashram. He made me sit next to him, and gave me a pen and said in future you have to write. He gave me some vibhuti and jal.  I asked my father if there was a cave in Puttaparthi. My father said he had heard so. That same evening an aunty came and said, ‘Baba has sent this to you from Puttaparthi.’ There was a golden pen, charnamrit, and vibhuti.

I had never met him in person. Much later, when he came to Delhi, my parents and I went to the Jawaharlal Nehru Stadium where he was supposed to come. But he had already left from there. I persisted. I told my parents, come, we will go to the Stadium. Half an hour we waited and in 45 minutes we heard the news that he was coming to this site. It was an empty ground, but he took around in a jeep.  He looked at me. I had tears in eyes. We both did a namaste to each other, and then he left. That was my only interaction with Sathya Sai.

And four days before he left his body, I stopped eating. The day he passed away, I started eating normally.

The first vision I had, I was not aware it was Baba. It was the sound of Om that I heard in a not-very pleasant male voice. Today, I can identify it as the Rudra voice. I started looking to see where the noise was coming. That day he never chose to answer what the source was. I then started seeing symbols of a circle, triangle in my dream. I thought that perhaps this was Baba. After that, Baba started answering all my questions through visions. He would hold my hand and take me through staircases at the top of a dilapidated temple, sometimes an open hill. He showed me certain temples which when I google, I know I have already seen that place because Baba has taken me there.

Mansarovar. Baba has taken me there and shown me all kinds of souls and spirit in that lake. Thereafter, a couple of astrologers started telling my father, your daughter is going to walk the spiritual path and she is going to guide the masses. I started believing that not for nothing was I getting these visions. I was around 16 then.

When all these things began to happen, did it not frighten you?

It surely did. Baba continued to give me signs of his presence. I underwent two very big accidents that proved that he was physically present. I was addressing an audience of 100-200 people. We were felicitating a Kargil martyr. The iron rod on which the pandal was erected fell on my head. I remember that a minister sitting on the front row got a fracture on his toe. Everyone thought I was no more. While I don’t remember, I was told that I cried out, Baba. And I had no bruise on my head. I didn’t even lose consciousness. Nothing happened to my head. When I went back home, my mother examined my head, my father looked, but I was absolutely normal. I knew it was Baba.

Later, when I had opened a production house in Delhi, my car conked off one day, and I took an auto with a colleague of mine to go home. The auto completely turned over in the ashram flyover. I don’t remember but the person who saved me said, ‘Your Baba saved you. Your call of Baba must have resonated across one mile.’  My colleague had lost all his fingers, there were only bones. But there was not even a scratch on my body.

I was a gold medallist all three years of my college and all three years my percentage would be written on my veins in blue! I would tell my mother this year I am going to get this much percentage. It used to be exact.

After college, I came to Mumbai for a course in journalism at St Xavier’s College. Having gone through journalism, I opened my own production house, making serials for television. After a couple of years, there were so many losses, I gave that up.

Around then I started going to Mazars. There was a dargah with a huge neem tree. The first day I sat there, I felt wonderful. The second day, I asked the caretaker, can I do some service here? He said yes, you can clean the Mazar. The third day I said, can I sweep the place too? For the next five years, that was my morning schedule. That place was magical. Sugar drips from the neem tree on to the Mazar. I have seen that miracle so many times.

From there my connection with nature began. I would spend hours looking at that tree. And so many things were revealed. My spiritual quest began in earnest. I had heard of certain divine souls in Tapovan, Rishikesh. I would tell my mother I was going for a recce for a TV serial to Rishikesh and go to Tapovan. I would take a bus, and sit on the banks of the Ganga for two days. I saw those enlightened souls and observed their behavior. Those were the years I started talking to Lord Shiva. I went to the Neelkanth Mahadev temple. I saw the honeybees there. I went ahead. None of the honeybees bites you. That was where my relationship with Lord Shiva began. I started including him in my thoughts and heart when I thought of Baba.

Meanwhile, I was still guiding people about what would happen.

Did your telling people what would happen, ever change their destiny?

Whatever is meant to happen, you will go through, but if you can alter it, you should.  What will be will be, but we can change our today’s karmas. I think that is when I took stock of what I wanted to do and changed my path forever.

What do you mean by that?

I knew that every seven years my cycle changes. I knew that I had to touch the masses and reach out to them. By then, I had got married and my husband and I moved to Mumbai. I started what I called Karmic Connections. People started coming to me. For the last seven years, the people I met have formed the foundation of what I am doing today. In 2012, those seven years were up and people were saying 2012, the Mayan Calendar will end. I said Maya will end, not the Mayan Calendar. The year Maya is going to end, I will begin. In Oct 2012, my colleague Magadhi and I started an office. We called it the Rudra Universe.

What do you do?

We do yogic programmes. For the masses, we have Rudra Mahayog. It is a gyan yog programme coupled with a kriya, which starts them on their own journey. Housewives have made major shifts, taking up careers, walking the path. We also have Rudra Success Sutras for the corporate. We also have a programme for young adults – Rudra Ananda Gurukul – 13 to 18.

How do you balance your householder role with your spiritual mission?

My husband lives life joyfully. He does not walk the path but lives life fully. We are two individuals who are walking together and giving each other the freedom to live as they wish. However, my son is very aware. When he was two-and-a-half years of age, a friend gave me a CD called Ling Bhairavi to listen to. My son picked it. There was a picture of Sahdguru on it, and he said, Guru Brahma. I could not make head or tail of it. I went online and typed out Sadhguru Jaggi Vasudev, and read that in his previous birth he was called Guru Brahma. How did my son know that?

Just like the sun’s rays reach everywhere, the mission is to spread consciousness the world over. The journey is to get back to your natural self.