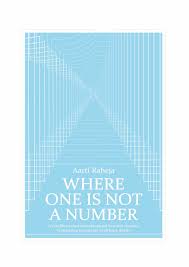 Beyond the veil of death

Where one is not a number

Written and published by Aarti Raheja

Reading this book was like being on an emotional roller-coaster. My editor had handed it to me, remarking that it might be an unputdownable one. Three pages later, I was vehemently trying to plug the emotional deluge I found myself in.

Anil and Aarti Raheja’s story starts with a seemingly insurmountable loss _ the death of their 12 year old elder son, Ahaan. Ahaan was special in many ways; much wiser than kids his age, his day-to-day living was littered with life-lessons for his parents, who in good humour, addressed him as their master. Hence, it wasn’t a surprise when this little master came back to guide them on their journey forward. What started as a balm to their grieving souls converted into a full-fledged discourse to put the couple on the path of self-discovery. The child had donned the parents’ garb, and what a parent he proved to be!

The first few chapters, narrated by Anil, had them coming to terms with their loss _ asking questions, grieving for their son, trying to make sense of things _ so much like all of us who have suffered losses in some way or the other. But what sets them apart is the choices they make; of trying to gather themselves and finding happiness, instead of crumbling into pieces. The best part of this book’s narrative is its simple, no holds barred approach. I shed tears on several occasions and laughed at their banter; I pondered upon the same questions and shared their agony over what is real and what is illusory. The dialogues they have with each other, the questions they ask Meher Baba (their guide along with Ahaan in this journey), the conclusions they draw for themselves after tumbling down _ found much resonance within me. Their journey is every person’s journey, with only pace and time marking any difference. The chapter on death holds the gist of our journey on this planet and is a must read according to me.

Their relationship as a couple warmed my heart. What could have pulled them apart brought these eternal soulmates closer. They learnt their lessons of living in the now with unconditional love and feeling one with all that is. As Aarti wrote in one of the later chapters: “Each moment was only fleeting, only to become history. Learn and move on.”