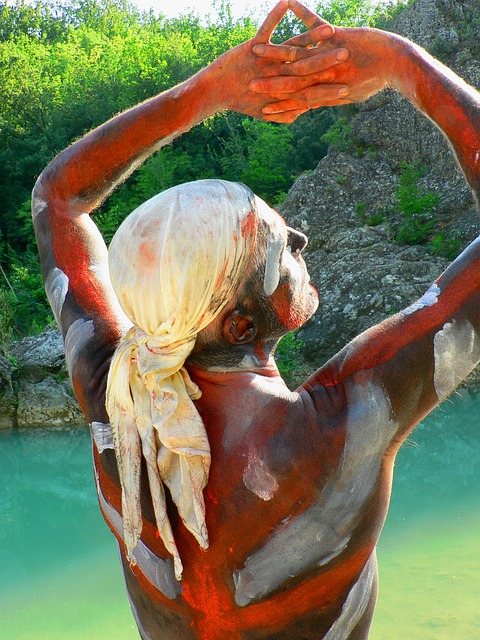 To practice tantra well is to be a tantrika, a woman who isn’t defined by anything, living compassionately, lovingly, blissfully, and fearlessly,’ discovers the writer on her journey to the heart and spirit of tantra.

Asra Q. Nomani’s journey into Tantra began with a professional assignment for the Wall Street Journal to write about America’s hottest new fad. It soon became a personal odyssey that led her from Santa Cruz, California, to the feet of the Dalai Lama in north India, from meditation caves in Thailand to the homes of orthodox Muslims in Pakistan. Her journey through the geography of her own spiritual conflict is a journey of self-discovery, of reconciling her Hindu ancestry and Muslim upbringing. She confronts darkness in ways she could never have imagined, but ultimately finds the path of the divine within herself and all women—all ‘tantrikas’.

The following article is excerpted from the Introduction to the book that evolved from this search, Tantrika: Traveling the Road of Divine Love (HarperCollins, 2003).

I had come to India to uncover the secrets of the ancient art of Tantra, a philosophy that weaves sexual energy into its unique brand of spiritualism and religious devotion. It is a mysterious practice that is said to have sprung from goddess worship in the ancient Indus Valley civilization, weaving its way into Hinduism and spreading into Buddhism through Tibet. …

When I first began my exploration, I was 33 and had the legacy of a modern Western woman’s quest for happiness: ill-suited boyfriends and a failed marriage of three months. Tantra, as it was sold to me, had an appeal: creating a spiritual partnership with a man in which he worships you and you worship him. The Sanskrit texts said that through specific Tantric yogic practices done with a partner, karma mudra, we can reach maithuna, a sacred union that moves us toward enlightenment.

Who could have a problem with that? I was rebounding most recently from a relationship with a man I thought was the soul I was destined to worship. I was mistaken. He was a 29-year-old technical virgin without plans to upgrade his twin-sized loft bed that I called a bunk bed. I was an urbane New York City single with boxes of Kenneth Cole shoes piled high in a walk-in closet in my sweeping apartment in Brooklyn Heights, a neighborhood where Truman Capote wrote Breakfast at Tiffany’s and Walt Whitman printed Leaves of Grass long before President Clinton gifted a copy to sex siren Monica Lewinsky. I thought my journey began that summer when things went so wrong with him.

But with each passing day, I realized the journey had begun long before. Tantric teachers say that we can’t achieve liberation in mystical union with another until we begin to deconstruct our ordinary selves. We must liberate ourselves from the doubts, fears, duplicities, and confusions that make up our unenlightened selves, the ego. Then we release into philosophical nonself that is our sunyata, Sanskrit for emptiness, our absolute nature. I had a dream early in my exploration that I was wandering the streets naked. No underwear. No nothing. I awakened wondering, knowing I would have to strip myself like that if I were to continue. I remembered what a friend told me when I began, “Asra, you’re going to have to tell the world everything.’

I chose to continue following the trail without censor. That was the Tantric way. To practice Tantra well is to be a Tantrika, a woman who isn’t defined by anything, living compassionately, lovingly, blissfully, and fearlessly with appropriate wrathfulness when necessary. To master Tantra is to become a Dakini, a woman who dances in the sky, flying free of the things in life that keep her hostage to ego, fear, and boundaries. She is a sky dancer whose flight takes her through a spiritual voyage of clarity, fearlessness, and ecstasy that liberates her from worldly existence. A Tantrika is a divine creation, a goddess with a small g, respected, honored, and worshiped, liberated from shame, fear, expectation, exploitation, and suppression. She is free to be adventurous, aggressive, and bold in her efforts to find enlightenment. She is a yogini who has awakened to her inner fire and helps others light their own.

She isn’t defined by the dualities of worldly life. Man. Woman. Old. Young. Good. Bad. Sane. Insane. East. West. She moves beyond those boundaries to a place of nonduality where she exists with simple honesty, compassion, and wisdom.

It was in the stillness and emptiness of Latif Manzil, (my maternal home in Jaigahan in Uttar Pradesh,) that I started to find clarity. I saw the dualities that had torn me apart, and what it was that I was freeing myself from in this odyssey taken in the name of Tantra. The heavens were my canopy. I stared at the glittering sky before I slept and felt my ancestors shoot over me in the stars that darted across the sky. I could feel their spirit when clouds floated overhead against the darkened sky.

It was here a young widow taught her daughter decades earlier the rituals and code that would make her a good Muslim girl. That girl becomes a virgin bride married to a man she didn’t see except for a glance until three days after her wedding. Both of their ancestral histories held secrets and mysteries little spoken about, reaching into the worlds of Hinduism, alleged murder, and madness. Together, they journeyed across the ocean to create a home fashioned out of a World War II barrack painted bright red at 208 Bevier Road in Piscataway, New Jersey, a honeysuckle bush outside the window of a bedroom painted to resemble a jungle. They left behind in India a young son and daughter. These two later crossed the ocean on a TWA jet with only each other for company.

I was that four-year-old girl. Except for two summer trips to my homeland, my connection to my roots was limited to my parents’ efforts to teach me my culture and the adventures I read about in Nancy Drew’s The Mystery of the Ivory Charm, in which Nancy tries to reunite a circus boy, Rishi, with his father, a lost maharaja of an imaginary wealthy Indian province.

I was to grow into a woman whose journey into the ancient art of Tantra would become a discovery of one of the key ingredients to Tantra, atman, or true self. And with that true self, Tantra teaches, we can realize raga, passion, and kama, sexual desire, on the path to enlightenment with another. Little did I imagine that Tantra would turn out to be a path that allowed me to uncover my secrets as a native child born of India, a girl raised in West Virginia, and a woman who felt like an immigrant in both cultures.

Liberation. Equanimity. Mindfulness. Fear. Ego. Samsara. These words that meant little to me would make me give away my Aveda face toner, make peace with a former boyfriend named Paulo, and transport me to a land where peacocks run wild in the fields. I started my travels to India with the clearest of mandates, spelled out to me during a commercial break during NYPD Blue in the living room of a friend outside San Francisco.

‘It’s about finding the force within you,’ I told my friend and her husband borrowing the Star Wars mantra of our generation.

How could I know that it would take a confrontation with the ugliest and dark in this world for me to know the meaning of divine love?

I didn’t know the literal meaning of Maya until one evening when my feet kicked up the sand beneath me at the Maha Kumbh Mela where millions of Hindu pilgrims had descended upon the confluence of the Yamuna, Ganga and legendary Saraswati rivers. I looked at the blazing sun, descending in a flare of orange that made a silhouette of the pilgrim tents.

‘It is Maya,’ said the man beside me. Illusion.

I was to remember later, here in the courtyard of my ancestral home, what I had forgotten from the sixth-grade science class: the sun does not set. We orbit away from it. This was a truth about the nuance of what we know as reality *…

The bamboo trees stir. In their wind dance, I can feel my soul stir, I have flown far not only in body but also in spirit to sit here now. There is a psychic legacy that we inherit when we are born—our karma, the accumulated energy of our past incarnations.

But there is another deep legacy that pulsates within us. It is something like our ancestral karma. Our journey towards liberation means freeing ourselves not only from the impulses and momentum of this incarnation but also from the lives that make the subconscious with which we are born.

It is then that we can join in blissful union with ourselves and another so that we can know the kiss of the wind upon not just our faces, but also our souls….

Asra Q. Nomani, a Wall Street Journal correspondent, is a Muslim born in India who grew up in West Virginia, USA. At 18, she traveled to visit relatives in Pakistan to learn more about her religion and culture, a desire she continued through her work as a journalist and in writing this book. She is currently working on The Daughters of Hajira, a book about her pilgrimage to Mecca.
Website: www.asraqnomani.com