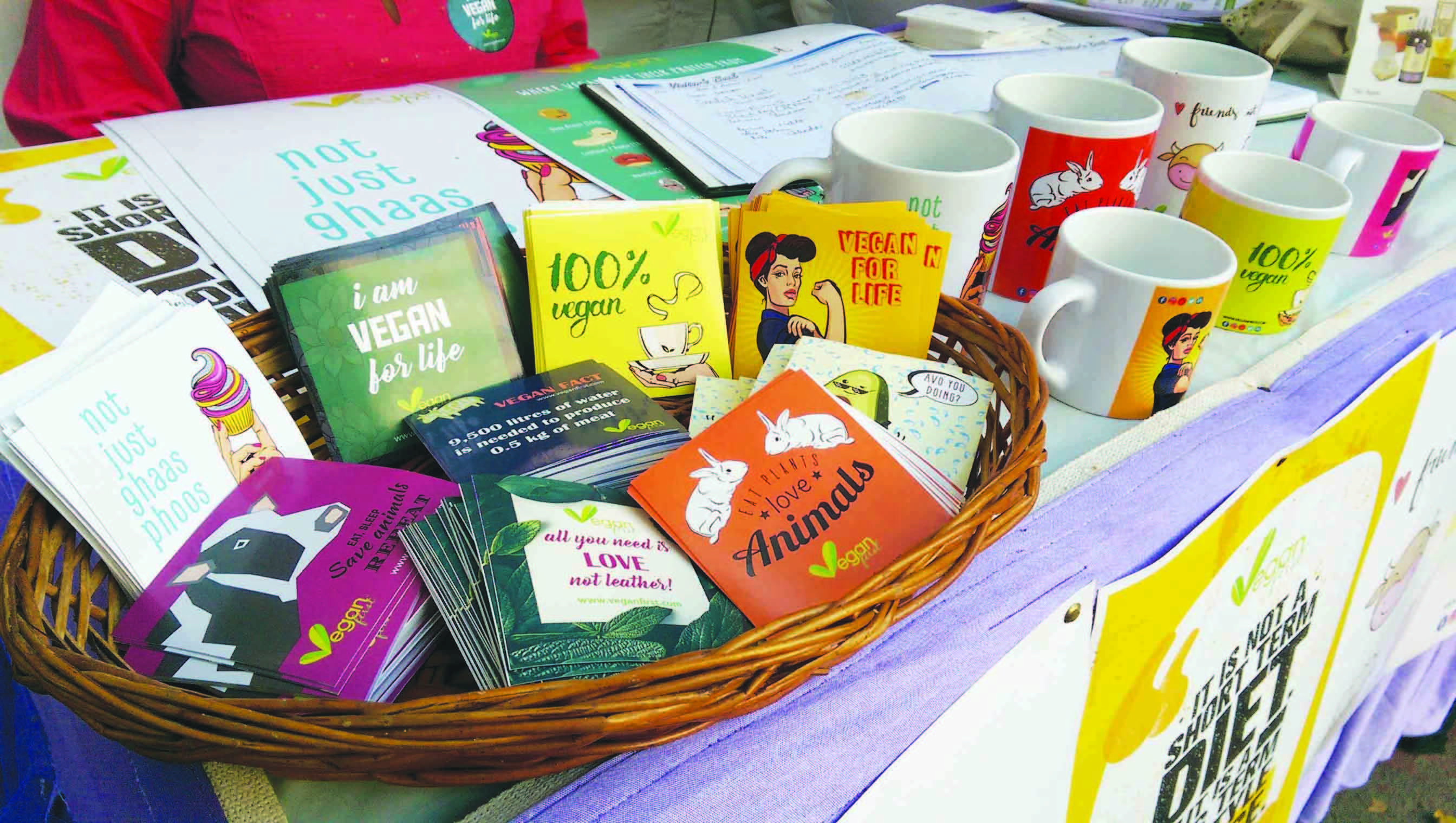 Harish Shetty is a well-known name in the restaurant business. Owner of popular restaurants Golden Chariot and Radha Krishna, at Andheri in Mumbai, Shetty is the Founder of Aharveda, a food-science company (Ahar means food) that promotes balanced and peaceful (vegan) eating habits. He conceived this idea while on his own journey to fitness and well-being. A non-smoker and teetotaler, one day, Shetty found himself gasping for breath. On getting himself checked, he discovered that he also suffered from diabetes, high blood pressure and increased uric acid. That’s when he decided to change his lifestyle, especially his diet.

Aharveda, located inside Golden Chariot, uses food to treat imbalances and is a great example of the saying, “vegan food doesn’t necessarily mean boring food.” Think Aharveda and think of Cream of Mushroom soup with coconut milk or a pizza with tapioca flour base and cheesy topping of cashewnut dust. Shetty was invited to talk at Ahimsa Mela, a vegan market that culminated Mumbai’s first Ahimsa Festival. The 18-day long festival featured ahimsa (non-violence) walks, farmers’ markets, film screenings, cooking demos, kids’ programmes and more. The mela with stalls promoting all things vegan right from environment-friendly pet products, upcycled jewellery and chic jute bags to soymilk ice-cream and green beauty oils, bath bombs and lotions, was the perfect end to this city-wide event that showcased the essence of veganism and anti-cruelty. Moreover, most of the stalls there support underprivileged classes of our society. For instance, Aftertaste, an art for empowerment group, which employs poor and downtrodden women, had a stall selling hand-crafted card holders and photo frames made from khadi and cloth. “We will be able to send our kids to private schools if we earn some money,” said one of the women selling handicrafts.

An entire block was dedicated to food stalls selling some really delicious vegan snacks. One of the two halls was dedicated to talks by the likes of PETA India, Dr K Varadarangan, a Bangalore based musician and creator of the vegan mridangam (percussion instrument) and Kuntal Joshi, the first vegan mountaineer. The other one held cooking demos by SHARAN, an organisation that has successfully helped many people reverse diabetes through plant-based diets. The late evening witnessed great entertainment including a fashion show by the Eco Trunk, India's first vegan portal for lifestyle products. All in all, a Sunday well-spent!