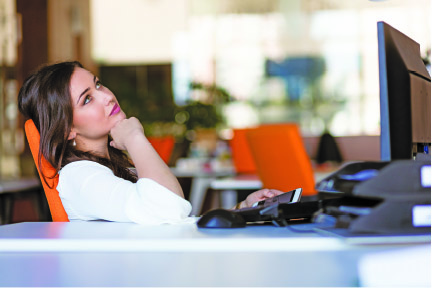 Simply put, procrastination is the intentional postponing of a task without any specific reason. It is just a lethargic drifting along without any intention to even start doing a task (either important or unimportant), let alone completing it. The task never gets struck out from a to-do list. Some common examples are plans to reorganise the cupboard, iron the clothes, call an old friend or send a mail, visit a shop or temple, and so on. Everyone, regardless of race, gender, or age, is a victim of procrastination at one time or another. But what bothers us most is the chronic habit of deferring important things.

Surprisingly, we all claim to have the knowledge of procrastination and its ill effects but regrettably continue to indulge in it. However, knowledge is not enough unless it is applied in real life. Mere planning is not enough; concrete action must follow.

Understanding procrastination
The habit of procrastination is age-old and universal. It is so ancient that the early Greek philosophers even coined a new word for it—akrasia. It is the behavioural trait of doing something when something  else is long-pending and important, a kind of lack of control over oneself. This attitude cuts across all domains of life though it is more pronounced amongst senior citizens. Scientific studies and findings are replete with evidence that the higher you are in the ladder of life, greater are the chances that you tend to procrastinate more often.

Procrastination should be avoided at any cost because of its dangers. If not overcome substantively, it leads to loss of opportunities, self-confidence, and respect; lack of fulfilment; depression; and may also lead to many other mental and physical disorders.

Why do we procrastinate?
Knowing well that the habit of postponing things is an undesirable habit, why do we still procrastinate? Unfortunately, though knowing is the beginning of wisdom, it is not the end. We must sincerely put it into practice. Here are some significant reasons for this unhealthy habit:

• Time inconsistency: Behaviour research scholars attribute it to a phenomenon called ‘time inconsistency’—the tendency of the human brain to value instant rewards as being superior to long-term rewards. To be more explicit, all of us have two major compartments in our mind: the Present Self and the Future Self. Say, when you set a goal of improving health by regular morning walks, the rewards are in the future, but action has to start in the present. No immediate rewards in the present are perceived. The action gets delayed because the rewards in the future are invisible now. Another example is the goal to consistently set apart a percentage of our present earnings as savings for our comfortable living in old age. Knowing well the advantages of this habit, we choose to spend now as it brings in immediate pleasure.

• Perceived difficulty: The second cause is that the task is perceived to be difficult. Yes, it is usually just a perception and not a reality. Your mind weaves a string of difficulties and inconveniences that might confront you if you take up the task right now. Say, the planned task is to enrol and complete a degree course in a distant learning university. The mind suddenly becomes hyperactive and smart in spreading before you all the problems that you may have to face: new subjects, hard work, sacrifice of leisure time, foregoing pleasant activities like recreation and relaxation, and uncertainty of success. Besides, it also involves some expenditure which could otherwise be spent on so-called fun and enjoyment. When you take up the course, you cannot meet friends and relatives as often as you are doing now.

• Fear factor: The third strongest factor pushing you towards procrastination is the fear factor. It is the fear of failure, ridicule, and wasted effort and time. Your cunning and deceitful mind keeps on repeating, “Why start this task and face failure and ridicule? It is better not to start and be comfortable. No failure, so no ridicule.” But know for sure that such fear factors are unfounded. The wrong kind of fear is a sin. As a matter of fact, nothing in life is to be feared. It is only to be understood. So, go forth and confront the fear, and it will disappear.

• Obsession for perfection: The fourth factor is the personality trait of perfection. The desire to be perfect is a welcome and a positive trait, but the obsession to be so is full of misery—to oneself and others. Keeping their benchmarks too high, some people look for perfection everywhere, but generally, achieving a 100 per cent quality standard within a short targeted date is not always an easy task. The thinking that one should do it perfectly well or not do anything at all is neither practicable nor always desirable.

• Auspicious moment: The fifth factor is widely prevalent: the thinking that today’s circumstances, muhurta (auspicious moment), or readiness for the task are not helpful for starting the task; another day would be preferable!

• Negative attitude: The sixth factor is a negative attitude. It is looking for excuses why the task should not be started or why it is sure to annoy others. Somehow you have the feeling that it is not proper now to start the task.

How to stop procrastination
If the cause is behavioural, then think of this way to tackle it: consciously prepone the perceived rewards. Think of the immediate feel-good factor of the morning walk. Realise the negative effects of overspending in the present: ill-health, reduced savings, false friends around you, etc.

• When you think the task is difficult, try to understand clearly that difficulty is a concomitant of any achievement worth striving for. Most of the so-called difficulties are just imaginary. Think of the positive benefits of working on a task, both in the course of doing so and at the end. There is joy in the journey and you can really enjoy the process regardless of the final outcome. Learning something new is not only fun but also a brain stimulator. Success at the end brings laurels in the society besides making you capable of earning more by putting in the same number of working hours.

• Analyse and break down a bigger task into its smaller components; it becomes easy to tackle. Breaking down a task into manageable subtasks makes the task comfortable and simple besides beating another obstacle, i.e., bringing the rewards nearer in time. Above all, the difficulty of any task melts down gradually as you start. It is either or both, a psychological phenomenon and a divine scheme. The mind has the uncanny trait of continuing your thinking pattern and concentrating on whatever you are doing; the divinity has always the tendency of supporting your activities. God says to you, “Just start your task and I will take care of the finish line!”

• When it is the fear factor which keeps you procrastinating, know for sure that baseless fear is a sin. Most of the fears are only a pyramid of your imagination. Analyse and break down your fear into different factors, and it will crumble under its own falsehood. Realise how your bundle of fears, right from childhood until now, have never come true and evaporated into thin air. Believe in yourself and trust in God. Fear will disappear. Similarly, ridicule of your possible failure is just to be ignored as people talk about you no matter what you do. If it is success, they are jealous and attribute it to other factors or people; if it is failure, they just become doomsayers.

• Now, perfection is a misleading concept. The pursuit of perfection often lands you and others in trouble and misery. While perfection is welcome, it is not always necessary to be 100 per cent perfect regarding either, quality or target time. A tragic situation I came across, well illustrates this point. A diabetic friend of mine was invited to dinner by another friend. My friend normally takes dinner at 9.00 p.m. but the host’s desire to arrange the dinner with 100 per cent perfection resulted in the preparations being completed only an hour later. My friend almost went into a coma due to low sugar!

• Waiting for an appropriate day or moment is, generally, foolishness. That day or moment will never come, and even if it comes, there will be similar reasons not to start the task. We forget that a task not started will never get finished! It is prudent to start the task from wherever you are positioned instead of waiting for better times. So, just start now instead of waiting until everything is right and favourable. Whether now or later, there will always be challenges and bottlenecks which you will, in any case, overcome. The very act of your starting will bring you clarity of thoughts and the experience required to smoothen the way for completing your task. It is the divine law.

• Defeat negativity by thinking positively. Concentrate on how the task can be completed rather than digging out all the reasons why it won’t work. Stay committed at all times—right from the start until the completion of the task.

There are many more reasons for procrastination like lack of motivation and focus, low stamina, competing tasks which are easier, lack of knowledge and expertise, too many distractions, the wrong thought that postponing things will automatically solve the problem, and so on. Never concentrate or brood over these negatives but think of the solutions and the positives. That is the way to success.

Last but not least, take advice from the Bhagavad Gita. The Lord has recognised the starting troubles and confirmed and reassured that if you do your duty without thinking of the imagined adverse consequences, success is guaranteed. You are not to give undue importance to the fruits of your actions, but just concentrate on what is expected of you. Karmanyevadhikaraste maa phaleshu kadachana, ma karma phala hetur bhurmatey sangostva akarmani, meaning ‘your right is to work only, never to the fruits thereof; do not be the cause of your action nor let your attachment be to inaction.’ The message of the Gita is to induce us into action and pull away from procrastination and inaction.