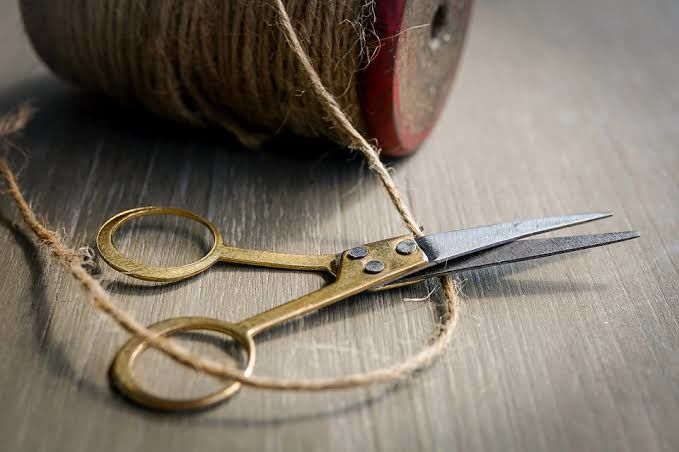 Through the practice of forgiveness, Prana Violet Healing dissolves the cords that bind us to others and cause sickness and suffering, says Jamuna Rangachari

I heard of Mr. Siva and Prana Violet Healing (PVH) from a young mother whose autistic child had become much better due to the healing given to him and her by Mr. Siva using PVH. She has made this technique a part of her life and is vocal in her gratitude at having discovered it. It is rare that one comes across people who discover healing that everyone can practice and benefit from, and then dedicate their lives to creating more healers to minimize the agony and suffering in the world without expecting anything in return. One such person is Mr. Siva.

Mr. Siva, an engineer from Malaysia, had gone for an official visit to Indonesia and casually went to Borobudur, a 9th-century Mahayana Buddhist monument in Magelang, Central Java, Indonesia, which is the world’s largest Buddhist monument in the world. He could sense a strong cosmic presence there and subsequently, something made him go there for 69 visits during the full moon. He had always wanted to help people so he prayed ardently to be shown a way to help especially the poor, in improving their physical, emotional and mental health. In July 2008, on his 35th full moon visit, he was asked to use the symbol of Borobudur and spread its message to everyone. Healing techniques were revealed to him as instantaneously as a transfer through blue tooth.

It was at this point that the design of the wand was transmitted to him, consisting of a stick on which the plastic replica of the symbol is attached.

Once guided on the complete healing process, he started spreading the message all over the world. The more healing he does, the more secrets are revealed to him, increasing his powers day after day.

In sum, the philosophy of Prana Violet Healing (PVH), as he named his therapy, revolves around the energy links we form with others in the course of our relationships. The cords, as he calls them, consist of the strong thoughts or emotions we emanate to each other and can be positive or negative, though generally speaking, it is the negative thought forms such as ego, jealousy, envy, anger, hurt, disappointment, revenge and lust that manifest as cords.

Sometimes cords may come from thoughts created by memories stored in the subconscious mind which may emanate to the other without the sender even being aware of it. For example, a cord could be coming to the heart chakra of a 65-year-old man from a girl whom he liked when he was 20, but never married. The girl could still be carrying that hurt in her subconscious mind and sending him cords. Cords can even come from those who are dead in the physical world. In other words, from souls, we knew in past lives.

In PVH, the aura or the energy body around us is sensed to see if there are cords that are coming to us or emanating from us.

Whatever the reason may be, some of which we may not even know, the solution in PVH is always reading the affirmations. The healing process comprises affirmations that fall in the categories of forgiveness to release the cords, and spirituality to make the divine connection strong. There is a special affirmation for women to release their emotional blocks.

The law of karma is the basis of PVH. As the cause of suffering is some action done knowingly or unknowingly by the affected person, according to the divine law, he must forgive before the prana violet can heal him.

Meera Kotak’s aches & pains vanished within two days of practicing PVH
Meera Kotak, a healer and corporate trainer from Mumbai, heard about this therapy from a friend, who kindly taught it to her. She practiced it herself for a couple of weeks and then went to Nashik to learn more in 2016 end. At the end of two days, she found it to be a simple yet powerful tool. Hitherto, her spiritual growth had taken place mainly through spiritual organisations but now she learned to form a direct connection with God. “I felt freedom from many entangled cords connecting me to the various teachers. In just those two days, a lot of my aches and pains disappeared,” she says. Now an ardent practitioner, she is deeply grateful to Mr. Siva as well as Deepa Padmanabhan who conducted the workshop.

Dhatri Pandya, a professor from Surat, attended the PVH workshop in Surat two years back. She was suffering from vertigo for the past two years which no medicine could cure when she attended the PVH workshop. “Mr. Siva sensed that the causes of vertigo were due to acidity and the presence of cords. Within seconds, my vertigo was healed,” she says joyously. Even her nine-year-old son is now an ardent believer of PVH. “Once he was climbing a hill with his friends and when it suddenly started raining, they were a little scared. However, he chanted the relevant spiritual affirmation of the PVH and they all became more confident,” she says, adding that he does not take any medicine for his cough, cold and digestion problem but asks her to heal him using PVH. She has also enabled her friend who was suffering from acidity heal by using the PVH approach of reading the affirmations.

Deepa Padmanabhan learned about Prana Violet Healing at the Life Positive Expo 2011, where Mr. Siva had taken a stall. Incidentally, he was a regular participant in the Expo for a few years. Soon after this, she attended his workshop and began teaching and healing many. She now conducts workshops in many parts of North India.

Among those who have healed is Greta Grace, 33, from Hyderabad, who went from pillar to post to get healed from an autoimmune disease, SLE (Systemic Lupus Erythematosus) that she contracted when she went to America to pursue her higher studies.  In August 2011, she had a severe flare-up that left her swollen from head to toe. To her utter dismay, no medicine worked.  It was at that time that she contacted Deepa, who was assisting Mr. Siva at the Prana Violet workshop in Kolkata and had stated that anything could be healed. She was guided by Deepa and Mr. Siva through Skype and phone and is now completely healed, which, doctors say, is a miracle.

Poonam Agarwal from Bengaluru learned PVH in November 2012 from Mr. Siva in Mumbai. After this, she has healed many people. For instance, her nephew, a medical student who had said he does not believe that affirmations can heal, started accepting it when he himself was healed from the wounds of an accident. Even her sister, Neelam, who is mentally retarded, has improved in leading a disciplined life after reading the affirmations and forgiving everyone through her subconscious.

Apart from emotional baggage, cords can also manifest through black and white magic. On sensing the presence of cords, we can also discern whether they are black or white magic and if black, the level of their potency. White magic is essentially used as an instrument of spiritual control. It could be a strong thought sent by a guru to the disciple. Even this is not good as it means we have chosen these gurus as God over and above the real God who is our creator. This can become the greatest hindrance in the soul’s spiritual path and direct connection to the Creator.

Black magic consists of sending very strong thoughts to hurt someone. There are six levels of black magic. The first level consists of dark energy where one sends intense negative thoughts to someone or to many; the second level is black energy emanating from a place of worship with the intention of hurting another; the third level is through the service of a tantric; the fourth level employs souls from the spirit world; and the fifth level uses the services of a black magician from the spirit world. Mr. Siva discovered the sixth level in Africa in 2016, when he came across black magicians eating the body parts of a sacrificed human or animal and capturing the soul for his black magic work.

Neeta Chopra, a housewife in Delhi, felt a lot of negative energy in her new apartment. She even felt things moving as if there was an earthquake every night. Her young daughter could sense this too. She was also grappling with severe arthritic pain. She attended a PVH workshop and was guided to forgive all the souls she had encountered, including the ones who were struggling to get released in her apartment. She did that, and within two weeks, there were no issues in her apartment. Slowly, her pain also started reducing. Today, she has made PVH a part of her life.

Tamil Selvi from Coimbatore, a young mother, was terrified of remaining alone even for a little while as a presence would come near her whenever she was alone. This presence would speak to her and touch her inappropriately. She felt completely violated but did not know what to do.  She and her husband went to many tantriks, temples and performed many, many poojas but nothing brought her any relief. “I was so desperate that I even wished to commit suicide. Then a friend took me to a PVH healer who immediately sensed some cords and the presence of a male soul and sent my image to Mr. Siva who healed me within 10 minutes and guided me on what I needed to do,” she says. He told her that she was possessed by a trapped male soul whom she may have hurt in a past life. He guided her on doing the forgiveness. She has now healed completely and is now a healer herself. Even her husband who was suffering from psoriasis for 30 years has now got 90 percent relief.

Mr. Siva travels all over the world to make others heal, especially when there is a call for help. He has conducted classes in USA, Canada, Italy, Geneva, Russia, Barcelona, Madrid and Palma De Mallorca in Spain, UK, Uruguay, Argentina, Brazil, Mauritius, Singapore, Indonesia, Sri Lanka, Senegal in Africa, Australia and New Zealand. During his visit to Africa, he could sense a lot of black energy, prompting him to determine to go there more often, as also South America. He had once conducted a workshop in Uruguay when one of the participants told him to go to Brazil as there was a lot of black magic there. The lady volunteered to be his interpreter and organised a workshop within two months. There, a young woman excitedly said, “I am suffering from black magic for many years which no one was able to remove. Eventually, a powerful medium in Brazil told me, ‘One tall and dark man will come from a country outside South America; he is the only one who has the power to remove this black magic,’” she said. Even Mr. Siva got goosebumps hearing this. Sure enough, she was healed as were several others at the workshop. PVH has several teachers and healers in various countries.

Selfless in all respects

Prana Violet Healing is always provided free as Mr. Siva does not want money to be an impediment for healing. A donation box is kept but it hardly meets the costs. Still, his selfless attitude has drawn immense support from the Universe. Creditably, he did not want his photographs to be printed in the article but suggested instead that the symbol be used. May he continue to be a source of divine and selfless healing to the suffering world.