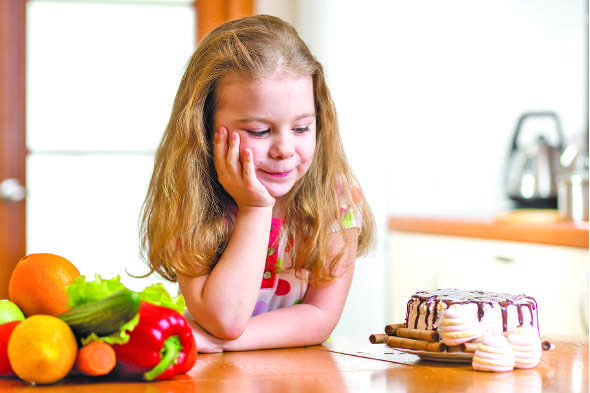 It was the usual PTM and parents took their seats, poured out their concerns, and then left. Always, the same concerns showed up: ‘My child is being distracted and cannot focus,’ or ‘My child needs to improve in academics.’

I heaved a sigh of relief as Sahana’s mother took her seat opposite me. She was a simple traditional-looking lady whose daughter had taken after her.   “I won’t have any trouble here!” I smiled to myself. “Sahana is such a sweet and biddable girl who keeps away from everything that is naughty, who does the right thing, and excels in academics.” Just as I began extolling her virtues to her mother, she sighed and said, “She is a picture of perfection at home too. She doesn’t even watch television!” “Wow! Aren’t you the lucky one!” I said, as images of adolescents hooked onto video games and television swam before my eyes. “Not really,” the mother said, surprisingly. “I feel she is one-sided. She does the right thing only because she knows nothing else. She needs to be exposed to the good and bad so that she can choose appropriate behaviour even when faced with its opposite.”

Long after she had left me, I was still pondering on those wise words put across in such a matter-of-fact manner. Isn’t it true that, in life, our children will be exposed to all kinds of realities and, if they don’t learn to exercise their power of discrimination and make sensible choices, they will be at a loss to make wise decisions and may end up making terrible mistakes? There is nothing wrong with making mistakes, but isn’t it better they make them while we are there to catch them when they fall, instead of making them as one-sided adults, who may not have anyone reliable to guide them?

Often in life, if you have noticed, the ones who have sowed their wild oats (so to speak) are the ones who settle down to a happy life. They are curious and have explored various facets of life and matured enough through their experiences and mistakes to practice discernment, when faced with a situation, instead of just taking things at face value and blindly believing their parents.

Those who turn a blind eye to the ugly realities of life will only get a rough jolt when they present themselves before them, as they are bound to, sooner or later.

The trick, then, is to accept all of life as it is now but to also be able, like the proverbial swan, to sift the milk from water. It is not about glossing over the ugly realities of life but about understanding and becoming bigger than those experiences offered. And sometimes, the way out of experiences is through them.

The game of duality
This makes me wonder. Going back to the story of Creation, is this exactly the reason why the goddess energy decides to pretend that She is finite and descends into the density of earth life? Isn’t it because by knowing and experiencing the worst of life (like child abuse and rape) She explores the hell that human experience can be, only to disidentify from it all and realise She is beyond dualities.

She then knows that She is boundless, and She can play all she likes at being good but it is not going to add an iota to the unmoving essence She really is. She can play at becoming as cruel and repulsive as can be, but that won’t remove anything from the stillness of Shiva that she really is. (This is because the Goddess descends to explore different facets of life knowing that nothing can take away her purity. However, she decides to play as Maya to show to herself that her inner essence is untouched even when she is cruel and repulsive. This she does for the pure joy of disdentifying with these attributes as She awakens to the real essence of Her divinity. During her descent into humanity She arranges to forget about her Divine origin. During Her ascent back to pure awareness, as She wakes up from her own dream, she never chooses to be cruel or repulsive.)

By exploring all that She is not, She realises who she really is—that untouched, effulgent Shiva or Brahman.

At the microcosmic level, She is our inner goddess energy. So let’s not gloss over the realities of our world. Once we, accept the dark areas or shadows in life, we can move to the next step of healing them as they show up, instead of being an ostrich which buries its head in the sand and hides from what frightens it.

We then play the game our way—by deciding how we respond to what we see.

Do we just let it go or do we do our bit to heal that situation as  best as we can without judging it or being disturbed by it?

The Goddess energy in us then comes full circle, now that She has traversed the great emptiness and has discovered that She is actually the fullness brimming with all she can potentially be and then some more.