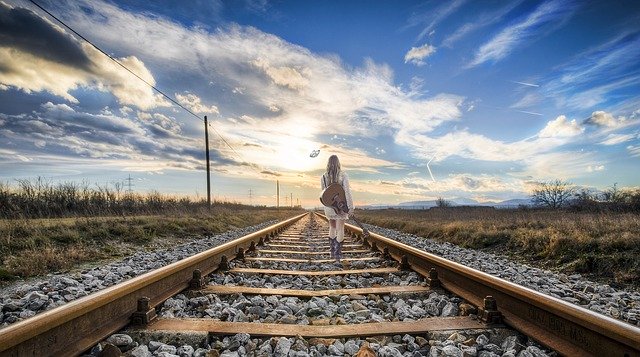 The doctors have given up hope. She is in a coma now and they don’t think she will regain consciousness. Can you help?” My grip on the phone tightened as my mind processed that strange request. Never before had I been called in to help someone who was battling death. Unsure of how to respond in that situation, I asked meekly, “Will the doctors permit a healer to invade their territory?” Amidst that gloomy conversation, I couldn’t get myself to say, “I’m sorry, there’s nothing I can do.” It seemed wrong, almost cruel. The least I could do was to be useful in some way.

“Well, the doctors have given us permission to call in any other healer of our choice. Please don’t say no, this is our last hope.” That settled the matter of human logistics, but how I was going to help the comatose lady still remained a mystery to my mind. However, surrendering my self-doubts to the Universe, I decided to show up at the hospital and let God take care of the rest.

The next morning, as I walked barefoot into the ICU, I saw her corpse-like form covered in a white sheet. She lay so still that even her breath was not discernible. Other than the life support machines that beeped periodically, there were no other visible signs of life in her. I shut my eyes and concentrated upon her life force. It seemed feeble, as though it were ebbing away. Even her aura seemed thin and brittle, like a worn-out garment. Only the area around her head and shoulders still pulsated with a palpable force. When death was approaching, it was said that prana pulled away from the lower extremities, receding through the 10 portals of the body, before exiting from the top of the head. This didn’t seem like an encouraging sign.

I brushed her aura down the entire length of the body to soothe it. Then as my mind became still, and my concentration steadier, I established a telepathic link and began beaming messages to her. I introduced myself and explained why I was there. I told her I was sorry she had to undergo this terrible suffering and acknowledged her courage to endure it. Even though her children wanted her to recover fast and return home, I said it was her wish I was really interested in. “Do you want to continue living in this body, or do you want to move on?” I asked solemnly.

Communicating through quantum mind-field was the only way to connect with a comatose patient. Fortunately, I was clairaudient. I waited for her nonverbal response, which came after a painfully long silence. “I am tired. I do not want to live anymore.” Remorse punctuated her words.

“I understand that life can be very hard, particularly when one’s health is failing. But if moving on is what you really want, why are you in this comatose state?”

She didn’t respond and I struggled with how to address the next issue. The family was under a great financial strain, and sustaining her hospital expenses was becoming increasingly difficult for them. The doctors had given up hope, the family had run out of money, no one was ready to take the hard call about how long they should keep her on life support, and yet, everyone hoped that the uncertainty would resolve itself. As I pondered over these complex issues, she seemed to read my mind.

“I am only waiting for my younger son to return from America. I want to meet him one last time before I go.”

Until that moment, I was unaware that her younger son was not present there. Acknowledging her dying wish, I asked if I could help in any other way. “Yes,” she said, “there are many things in my heart that need to be said. I have hurt my daughters-in-law deeply, and I want to seek their forgiveness. Can you call in the elder one, please?” Surprisingly, she addressed her by name. Perhaps she sensed my need for proof that our communication was not just the product of my overly fertile imagination. If this name was correct, something incredible was occurring in that ICU.

I stepped outside and asked for the named daughter-in-law to come in. She was taken by surprise. As she stood beside me, the comatose woman began recounting specific incidents that had transpired in their lives, asking with great humility to be pardoned. The daughter-in-law looked at me baffled, listening intently to the translation of the sleeping woman’s mental words, and somewhere along that narrative, she broke down crying. As I communicated the thoughts and words of both those women, misunderstandings were resolved and words of comfort were spoken. Forgiveness and respect replaced the grievances that had earlier defined their relationship.

“I have to let go of the bitterness in my heart,” said the sleeping elder, as she requested the younger daughter-in-law to be summoned. Once again the same process unfolded. Tears flowed, anger and resentments thawed the acrimony in their hearts, and love was sown where estrangement had lived before. A miracle of transformation unfolded before my very eyes. No words were spoken and yet so much was said and done.

That day I witnessed the marvel and magnificence of a soul that was unwilling to leave this incarnation without healing the injuries in her heart and reducing the burden of the unkind karma she had sown. Perhaps when one embraced death willingly, many unimaginable mercies assisted the departing soul to prepare for the afterlife. This was a remarkable example of dying well.

Once the resolution with the daughters-in-law was complete, the lady expressed her last will. “I shall go soon. My work is done. I am holding my breath until he comes.” Deeply moved by what I was witnessing, I thanked her for trusting me, for having faith, and for giving me the opportunity to be of service.

Then I met with her family. “When does her younger son arrive from America?” I asked.

“Wait patiently until he arrives. Use this time to express your love for her, for she can read your mind. Regardless of what the doctors tell you, know that she can sense everything you think, feel, and say. Just recite prayers and comfort her.”

Two days later, as I sat immersed in my evening meditation, the image of the comatose lady flashed before my mind’s eye. “I have come to bid you farewell. Thank you for helping me to get closure with my family. I feel much lighter. My son has arrived and I can now leave peacefully. It’s time for me to go. Goodbye, my friend.”  And then her presence vanished as suddenly as it had come upon me.

Shortly after I finished my meditation, I heard the persistent ring of the telephone and ran to answer it.

“Hello, this is Shanti here. I just wanted to inform you that aunty is no more. She passed away peacefully about 15 minutes ago.”

Suzy Singh is a transpersonal therapist, karma coach, and energy healer with extensive clinical experience in multidisciplinary approaches to vibrational and spiritual healing. Her practice is based out of Delhi.