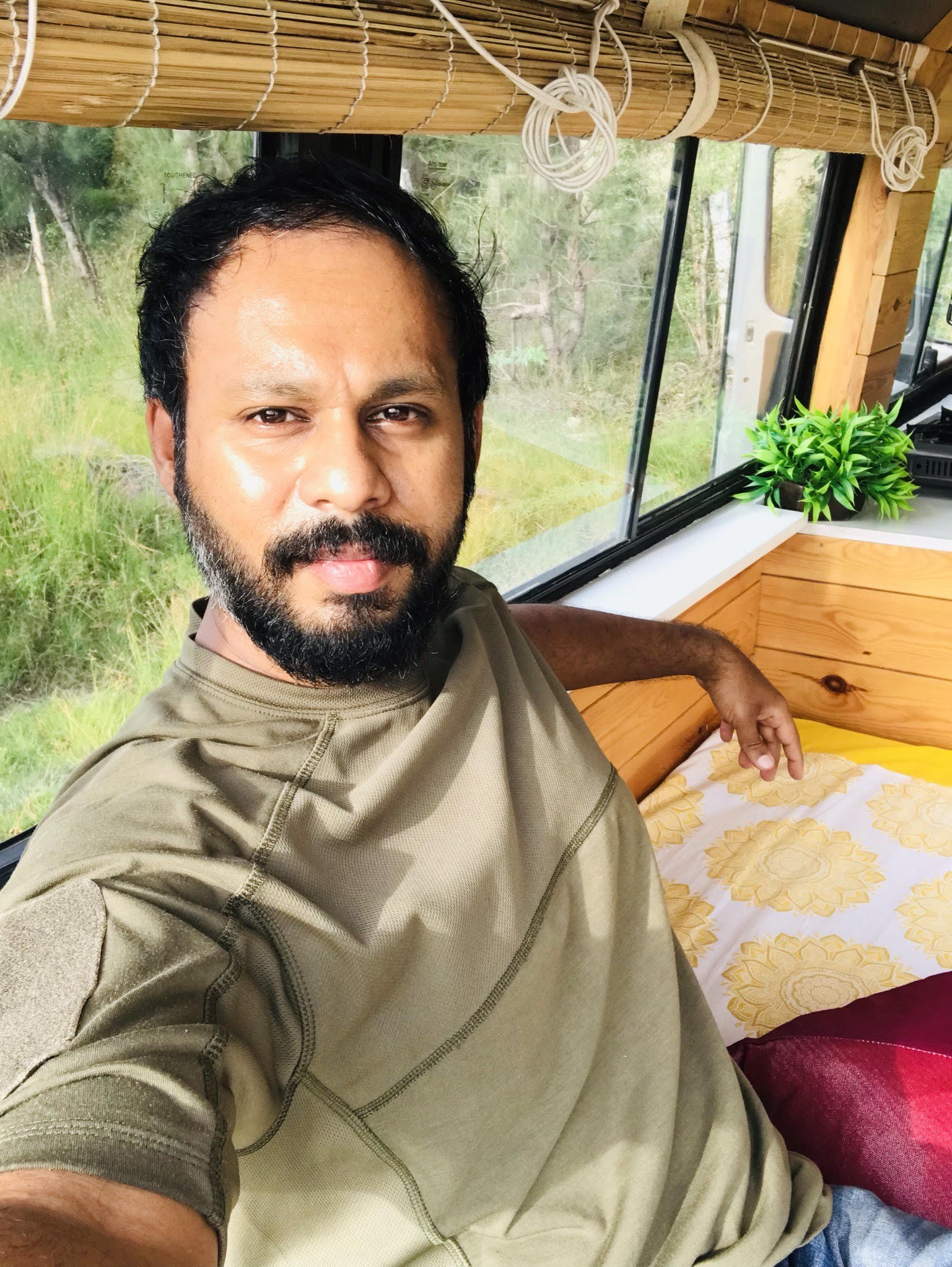 Siddarth Varman from Neelankarai, Tamil Nadu, found the concept of campervans very inspiring. He wished to build a self-powered vehicle, since not every place has the luxury of power on tap, and so began working on this.

Siddarth’s wife and parents encouraged him in his endeavour despite financial issues during the lockdown period. His wife still supports him during dry months, when the business doesn’t make much. He started this business because whenever he went for jungle safaris or tiger censuses, he always found it difficult to sleep, since there were no proper quarters to rest. He wanted to travel in his own home so that he doesn’t tire easily. He also wished to showcase the natural wonders and beautiful history of our land.

Making the van off-grid was Siddarth’s biggest challenge. In our country, converting a van into a living space was only meant for the elite. So the builders available either charged exorbitantly or could not match his idea of how basic his facilities needed to be. The concept of solar just flew over their heads. He needed the water supply to trickle so that his customers do not waste water like they do in their homes. He urges his customers to incorporate the ‘military shower’ to save water. Eventually, he folded his sleeves and got to work himself, with the help of a carpenter and a plumber. It took one year to finish the van, since he had to acquire new skills, such as carpentry, before he could work on it.

When the van shaped up one fine day, Siddarth’s wife and parents were proud of him and everyone congratulated him on his achievement. Even the Tamil Nadu government gave him a call. He wishes ardently that everyone should experience this culture and, in turn, understand the value of our land and resources. With this, he feels they will get a peek into the world of sustainable living.

“Get encouraged to build an off-grid camper and travel more for more inspiration,” he says to everyone by way of encouragement.