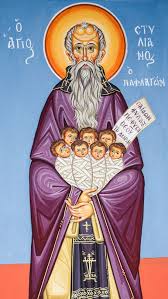 With most Indian astrology columnists busy writing for at least two or three publications, it is not difficult to predict their future

Complicated love life leaves you unloved. Marry for money if you must, but don’t ask for love also. Want some more? How about: Ladies above 38 to mind their digestive system.

Marriage, money, health—the three topics covered regularly by astrology columnists and read with enthusiasm by a growing number of people with differing tastes. This number will increase rapidly. And that is no astral prophecy, but a certainty, if we go by the proliferation of astrology columns in newspapers and magazine and their multiplying readership.

Traditionally slotted alongside cartoon strips, astrology columns have been associated with light reading. But, of late, astrology columns are being elevated from back-page banality to stellar status, especially in the Indian media. For instance, the Indian newspaper The Hindu, after almost a century of stubborn refusal to have anything to do with ‘superstition’, has finally given in to popular demand and has decided to introduce an astrology column in its Sunday magazine section. Similarly, The Asian Age newspaper now devotes a full page to predictions in its weekend supplement. The Indian Express refuses to abandon the byline of Peter Vidal in its daily astrology section, even though he has been dead for years. Two English magazines, The Astrological Magazine and The Star Teller, devoted solely to astrology, have a combined print run of almost 100,000. Even Khushwant Singh, former Indian editor, columnist, and author, declares that though ‘astrology columns are for stupid people, they are popular.

The popularity of these columns has, in turn, led to an increase in the number of astrology columnists and the visibility of their bylines. Some of them work with Tarot cards and even computers. What made them turn to stargaze? For Calcutta-based Kusum Bhandari, it was a simple challenge: she wanted to prove that the predictions in these columns were a whole lot of rubbish. But she soon converted, and today she is a self-confessed student of astrology and writes a column for the weekly Sunday magazine.

Noted Indian Tarot card reader Ma Prem Usha was introduced to the cards by a gypsy—an American and a close friend of hers—at the Osho Commune in Pune. She found the cards utterly familiar at first sight. That familiarity has been bearing fruit ever since. She now writes columns for various Indian dailies and magazines, apart from being the in-house astrologer at a five-star hotel in New Delhi, India.

Veenu Sandal, an Indian journalist who writes on waning traditions and lifestyles and has stayed many years in Bastar and other tribal areas, also writes astrology columns for The Asian Age. She was introduced to Tarot card reading by the gypsies on whom she was doing a story in 1986. They predicted that she would be reading cards one day, a prophecy that she promptly dismissed. But the stars thought otherwise. She picked up a book on Tarot from a pavement stall, found it interesting, tried reading a friend’s fortune, and, in a sense, found her own destiny.

Like Sandal, Jagjit Uppal, a Mumbai-based astrologer, predicted his own future at a very young age. An Indian Air Force cadet then, Uppal knew that the stars would bring him fame and fortune.

Astrology has never faced extinction even in urban India. But these columns are breathing new life into its fortunes. Ajai Bhambi, a professional astrologer, attributes this to the fact that ‘more able people are coming into this profession now.’

Indeed this is so, as a new breed of high-flying, articulate columnists are making their presence felt. The most well-known of them is Bejan Daruwalla, author of many astrology books and a columnist for The Times of India. Daruwalla, who lives in Virginia, USA, has been rated as one of 100 great astrologers and psychics in the last 1,000 years by The Millennium Book of Prophecy. Daruwalla views astrology as an effective method for alternative healing and feels that one needs a strong intuition to predict the future.

The veritable windfall in the fortunes of astrology cannot simply be attributed to the supply side. As Bhandari puts it bluntly: ‘The popularity of astrology columns is directly proportional to the level of insecurity in society.’ Adds Sandal: ‘Traditionally, people had their own family astrologer, but with modernization and the rise of the nuclear family, many don’t have even parents to turn to for advice.’

Another reason could be that astrology rests on a bedrock of psychology. The detailed account of personality types converts the columnists into therapists, they maintain. ‘Whoever has a session with me leaves feeling better. Hundred percent guaranteed,’ claims Usha. Brinder Aulakh Anand, a cancer survivor and a columnist, is also a therapist counselor. She not only forecasts but is also encouraging readers to adopt a holistic lifestyle. Many of them are drinking the juices that she prescribes in her columns.

In newspapers and magazines full of tedious politics and gossip, nothing touches a reader as personally as these astrology columns. ‘I was the first to start writing in a very personalized style,’ says Usha. ‘It begins with a ‘you’ and now everybody seems to be doing it.’ She believes the columns fill a vital need since in India psychiatrists have not really caught on, so where else can one turn for advice and insight?

While asserting that the columns’ potential for harm is minimal, Usha cautions: ‘Negative predictions are negative thoughts, people start working on them unconsciously and make them happen.’ Sandal suggests that a columnist should also recommend an upaya (solution) or a way to cope with a foreseen hurdle. Uppal, however, sees upaya as going against the very grain of astrological predictions.

The columnists face another criticism from the incisive readers. Though they spend about six to 10 hours on a set of weekly predictions, they are often accused of not having anything specific to say. ‘The predictions outline only a trend and should be read as such,’ explains Uppal. However, B.V. Raman, the doyen of Indian astrology, differs: ‘The forecasts given in the media (both English and vernacular) are unscientific and undependable.’

Love them, or hate them. The fact remains that they are read, often secretly, by even those who are busy connecting with cyberspace. In a world where the norm is for ushering in the new, what happens when astrology refuses to be dismissed as history and instead develops a mass following? The stars are not telling.