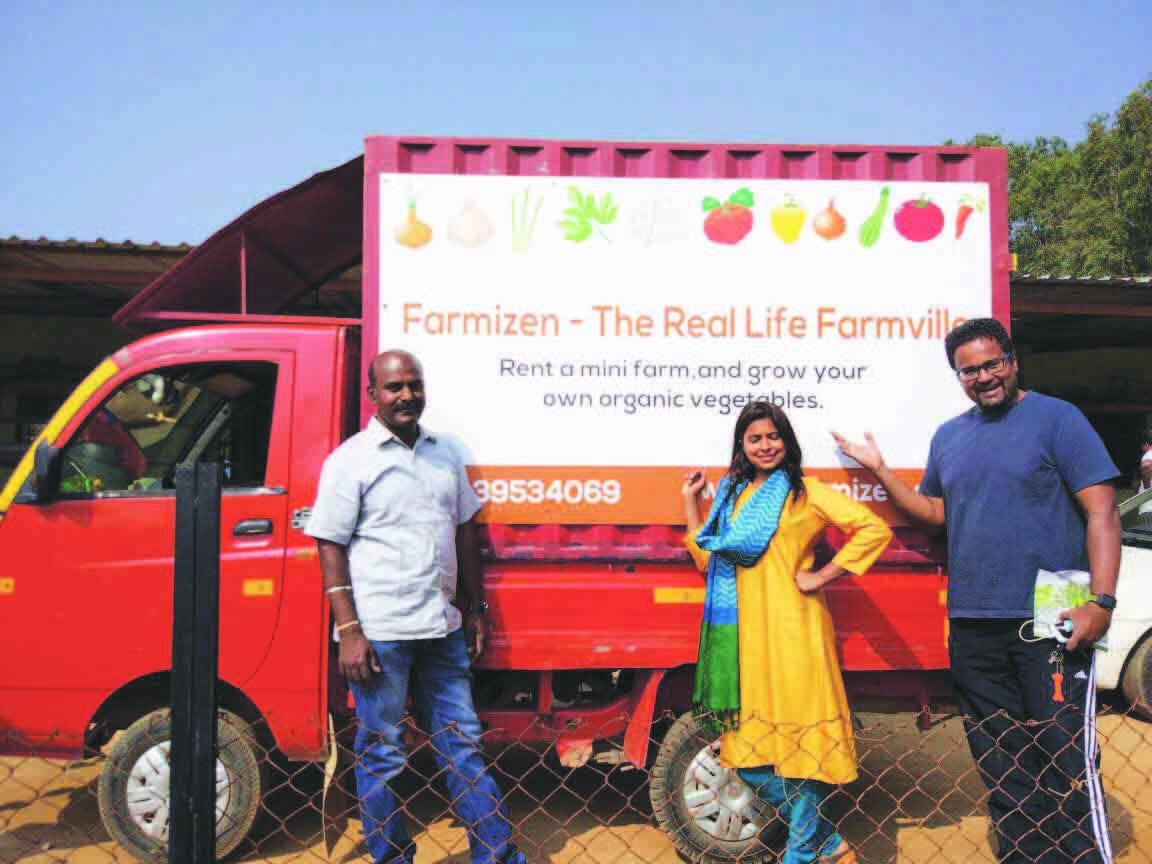 Are you a smartphone user? Most probably, yes. Are you an organic food enthusiast? Most probably, yes again! (Who wouldn’t be, in this age of contaminated and chemical-laden food produce!) Then Farmizen is definitely good news for you, especially for people in and around Bengaluru.

Colleagues and friends since years, these highly motivated, trained, and skilled individuals came together to found Farmizen, in June 2017, to combat the challenge of putting safe food on the table. They began by experimenting in growing their own chemical-free food on a small patch of land for more than a year and saw that it was possible to generate a substantial amount of naturally-grown vegetables from a 600 sq. ft patch of land.

In one of their media interviews, Chakravarty had explained, “We have been very worried about our dysfunctional food system—it seems like a vicious cycle which is getting worse every day—which is affecting consumers and farmers as well as the soil. We wanted to come up with a model which is better for everyone.” Farmizen farms are situated on the outskirts of Bengaluru. Five farms of 10.5 acres each are divided into minifarms of 600 sq. ft. An individual can gain access to these minifarms by paying a monthly subscription fee of ₹ 2500/-, which includes the monthly rent to the farmers; grow vegetables of their choice as per the season, in the 12 beds allocated to them in their minifarm; control the farm through an app and visit the farm anytime to harvest their own chemical-free produce.

The best thing about this initiative is that it provides agricultural inputs, technical know-how, marketing, distribution, regulation, and monitoring facilities to people with no background in farming. Even though the farms are situated in Bengaluru, this initiative has the potential to be replicated across the country, leading to a win-win situation for the farmers as well as farm owners. It is one sure step towards the impending need to grow one’s own food.