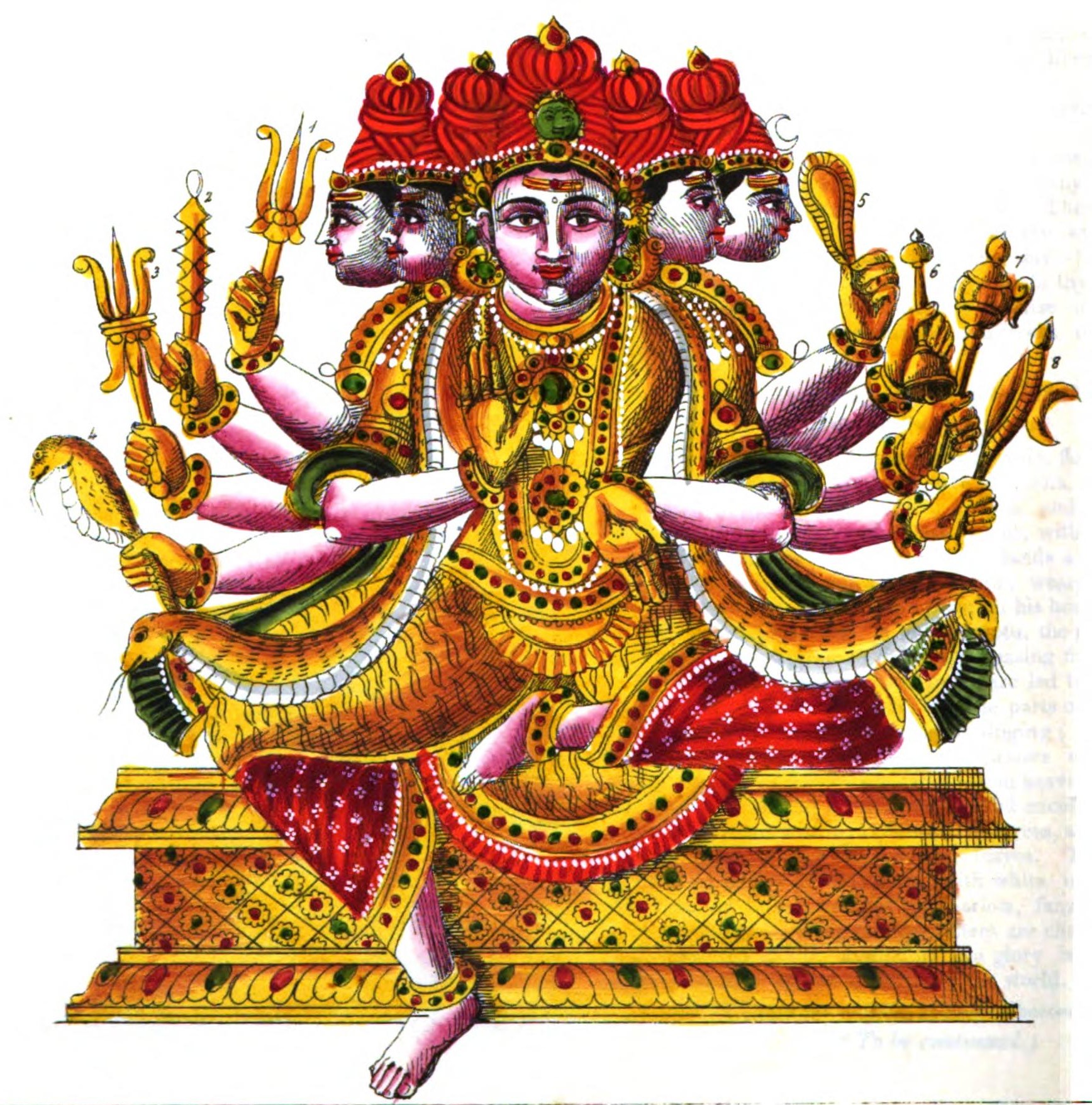 At the Feet of the Formless God

The Sant Nirankari Mandal is probably one of India’s largest spiritual movements. An interview with its spiritual leader, Baba Hardev Singh.

By strength of spirit, a person gets the courage to face criticism
-Baba Hardev Singh

The above verse still reverberates in my mind as I return from my visit to the Sant Nirankari Mandal, situated amidst the bustling Sant Nirankari Colony on the outskirts of North Delhi. A peaceful atmosphere pervades and passersby bow their head respectfully to each other, which, I later discovered, is an expression of reverence for the formless God, who is their object of worship, and who dwells within all human beings.

The Sant Nirankari Mandal is a humongous organization, whose followers number over a crore in over 50 countries. Their annual samagams or gatherings attract several lakhs of devotees, from all classes, castes, and communities. In its own quiet way, this movement is a force to be reckoned with and an instrument of tremendous social change. Despite the mass following, especially among the less privileged, their philosophy is of the highest order, for they give their allegiance to the formless God. Recognized by the Vedas as Brahman, the nameless and formless, who is the source of all forms and names in the universe, the Source is here called Nirankar.

The Philosophy
The movement prescribes absolute surrender to Nirankar, who alone prevails. Recognizing that all attributes of body, mind, and property are gifts of the formless God, they urge the devotee to abjure all vanity and vanquish the ego. The movement claims to be able to give devotees an instantaneous experience of God-realisation. The only prerequisite being that the seeker must surrender himself at the feet of the satguru, Baba Hardev Singh, and ask for salvation with the urgency of a drowning man praying for a rescue.

Many of the followers I encountered claim to be God-realized, though it is not clear whether the term is tantamount to enlightenment or not. What is indisputable is their all-inclusivity. The rich and poor, the Harijan and the brahmin, all come together inequality in their movement.

Babaji, as he is referred to, constantly reminds his followers to move beyond all differences and to live in the brotherhood of man under the fatherhood of God. The philosophy is practiced through charming customs like touching each other’s feet, bowing, and saying ‘Dhan Nirankar’, meaning God is great. They also serve the first morsel out of their platter to another person as a food offering to God.

At the same time, controversy has dogged this movement, thanks largely to the perception that they repudiate the teachings of traditional religions such as Sikhism and Hinduism. One of the reasons for this is their firm conviction that nothing save recourse to the formless God will give realization. This being so, they discourage the practice of rites, rituals, pilgrimages, and other aspects of traditional faith. Their spiritual practices consist of Seva, Satsang, and Simran (contemplation). The Mission follows five precepts:
o All assets belong to God and man is only their trustee
o To overcome all distinctions of caste, class, color, and community
o To disparage no one on the basis of appearance, diet or lifestyle
o To embrace householder life
o Never to divulge divine truth to anyone without knowledge of the satguru

One of the unique attributes of Baba Avtar Singh is that during his lifetime itself he took a decision to revert from the satguru to an ordinary devotee. Because of his humble decision, he is still referred to as the dearest of all Nirankaris. Thereafter, the torch was handed over to Baba Gurbachan Singh.

Unfortunately, Baba Gurbachan Singh was assassinated on April 24, 1980, thanks to the resistance of the Sikh community to this breakaway sect that revolved around a live guru. Such a practice runs against their allegiance to the Guru Granth Sahib and has, therefore, earned the Nirankaris their antagonism. It was the darkest moment of the Mission’s history, but it also proved to be its greatest. Baba Gurbachan Singh’s young son, Hardev, was made the new satguru. The Nirankaris were inflamed and agitated by the traumatic event and thirsting for revenge. Though taught to surrender to the will of God, they found it hard to practice this lofty ideal.

Despite his own grief, both as a son and disciple, young Hardev rose nobly to the occasion. In his very first discourse, he said, ‘If there is anyone who should be ready to take revenge for Baba Gurbachanji’s assassination, it should be me. But if I do so I will not be emulating the ideals of humanity set by him, for which he laid down his life. If I tread the path of revenge, I would neither be his son nor his disciple.’

What could have destroyed the Mission became instead a source of inspiration, that spurred the Nirankaris to spread the teaching with even greater zeal all over the world. The mission has sparked off a veritable spiritual revolution not just in India but in countries like the USA, Canada, UK, Germany, and Australia.

Even as I acquaint myself with their history, Baba Hardev Singh, the present satguru of the spiritual lineage of Nirankari mentors, makes his appearance, clad in a spotless white kurta-pajama. He takes a place beside us, though a high alter chair had been thoughtfully placed in an authoritative corner of the room for him. I am struck by his serene and unpretentious appearance. The smile on his face is effulgent; he affectionately looks around and satisfied with the settings, centers his focus upon us. Excerpts from the interview:

What is the philosophy of the Mission?
Sant Nirankari Mission is an all-encompassing spiritual movement that aims to establish universal brotherhood through the fatherhood of God. The Mission’s philosophy is that God is formless and can be realized with the grace of a living master. Spirituality is the way through which the mind can be sublimated by the removal of poisonous attributes like jealousy, arrogance, intolerance, pride and prejudice, hatred, etc. The pollution of vices is converted into the oxygen of saintly attributes.

What is the distinguishing factor of the Mission that makes it stand apart?
The Mission’s objective of imparting divine knowledge instantaneously to a seeker makes it stand apart. The only prerequisite is that the seeker must humbly ask for it and should have an intense desire to realize God, like a drowning person’s desire to survive. Besides, the Mission’s core values like equality of men irrespective of their color, caste, nationality, and religion, are other distinguishing factors.

What was it like, being part of the mission?
I was fortunate to have been born and brought up in the Mission. With the grace of my true master, Baba Gurbachan Singhji Maharaj, I have always been in the company of saints and associated with Seva, Satsang, and Simran from my childhood.

The Mission has been a part of your family since your father was the previous satguru. Is the post hereditary?
Baba Buta Singhji, the first head of the Mission, handed over the responsibility of the Mission to Baba Avtar Singhji, who was not his blood relative. Satguru declares his successor in accordance with the ancient tradition of Gurmat in which there is no scope for bias based on familial background or socio-economic status.

You often call yourself a das(servant)…
I call myself a das because I see in each and every human being a twinkling spark of divinity. Because I am the das of the Almighty, I am a das of his devotees.

Do you feel that with the changing times the ethos needs to be redesigned?
The foundation of the Mission’s philosophy is God, the formless One, who is unchangeable and imperishable. Baba Buta Singhji, a founder of the Mission, set out with the objective of enlightening the world with God-knowledge and establishing universal brotherhood. Because there is widespread ignorance about the formless One, the Mission’s philosophy is still as relevant as it was when it started. Spiritual awakening is the objective of the Mission.

Can rites and rituals lead to God?
People are ignorant about the supreme power of God and are trying to please or realize him through rituals, austerity, and so on. They may do some good if the practitioner has an atheistic bent of mind. Generally speaking, the human eye can see everything except itself. To see it, one needs a mirror. Similarly, one can see one’s real self in the mirror of God-knowledge.

Then what should be the ultimate path?
Divine love – love for God and love for others – is the only path. Due to ignorance about the Omnipresent, the world is divided into many issues. The Mission has been constantly striving to bring souls in communion with the Super Soul through its message. Everything else is incidental. Peace, universal brotherhood and communal harmony are the goals to strive for. The Mission is trying to foster love among fellow beings. The key benefit of communion with the formless One is that man lives a life devoid of ego. Such souls are assets to the world and create a congenial atmosphere for peaceful coexistence. The Mission, with its message, is also helping seekers become good citizens.

How do you perceive various aspects of life like unity, truth, and ahimsa?
Truth, that is the formless One, is the only absolute. All other aspects like unity, ahimsa, etc, are relative and cannot be brought about in a true sense of the word unless man realizes the basic and ultimate Truth.

How can we practice compassion?
By strengthening our spirit. Once we accomplish the superiority of our soul, the love for our fellow beings emerges as a side-effect. Otherwise, one’s actions or words could hurt people. By strengthening one’s spirit a person gets the courage to face criticism and not be hurt by it. The human soul is essentially compassionate; it is wrapped in numerous layers, which represent negativities. Find that soul by looking within yourself.

Could you throw some light on the ego?
Ego is the worst enemy that one can possess. The concept should be thee and thy and not me and my.

What is the goal of a human being?
There is no distinction in the basic instincts of an animal and human. However, humans have a profound level of understanding. We all are blessed with human life to get salvation. Realize your mission. There is only one life and only one chance. God's knowledge is the beginning and God-realization is the end.