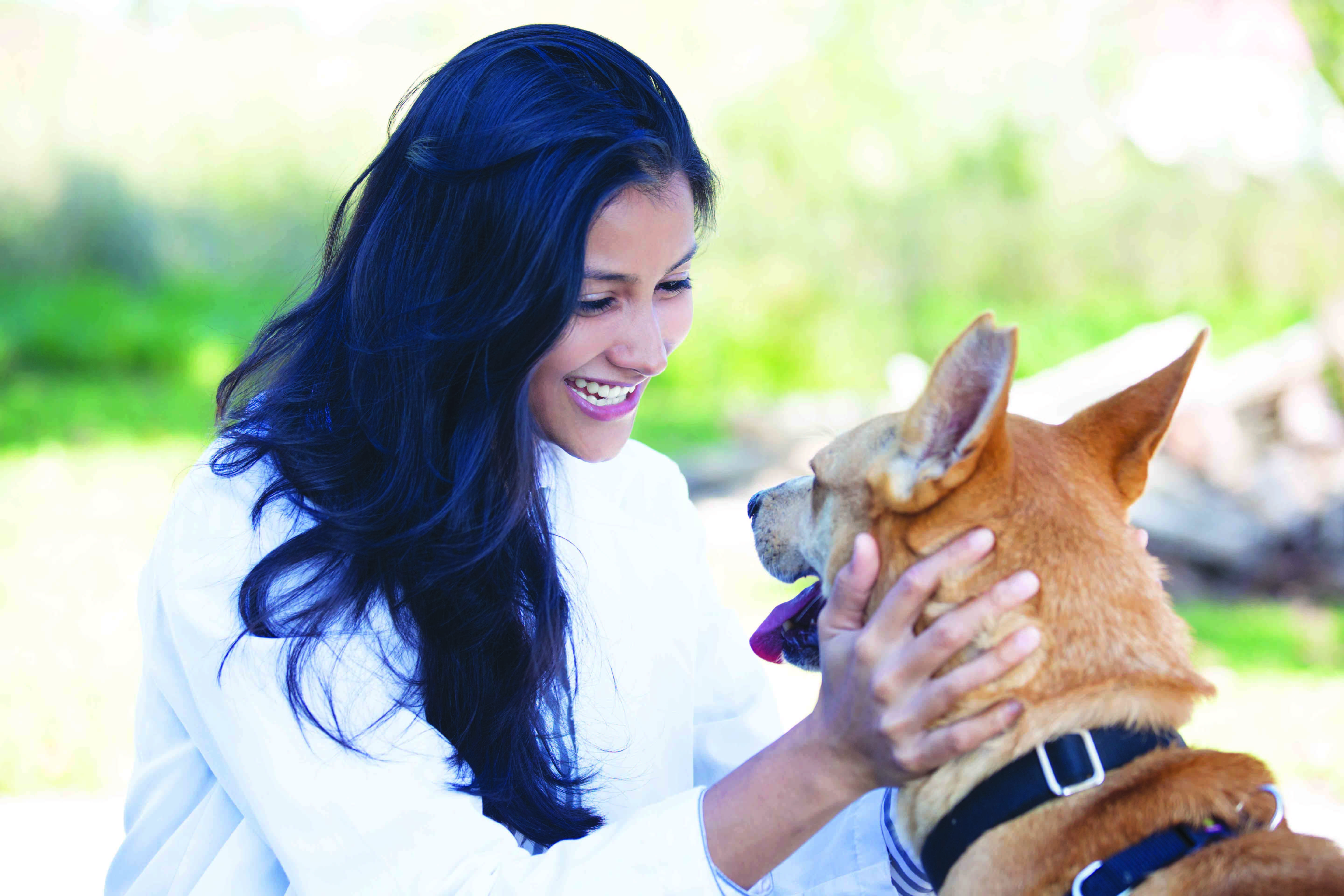 Jyotika Chibbar fondly remembers Flachi, the heroic dog who conquered betrayal with unconditional love, and emerged as a sterling example of courage and sacrifice

As a child, on being scolded or admonished by elders, I used to enter my room and share my angst with the beautiful beings who always surrounded me. I would see them as colourful (mainly white or pink), playful beings and hear their musical sounds. I felt nestled in their presence and uninhibitedly spoke what they told me. They were my guides and angels, which I learnt much later in life. I could locate lost things, and predict death, examination marks, accidents, and natural disasters, with great accuracy, much to the astonishment and horror of my family members. I was scolded and threatened by priests and relatives to not say ominous things.  But I guess it was my destiny to become a healer, angel communicator and clairvoyant. As I grew up, several people in my life recognised this ability of mine and helped me hone my connection with the spirit world.

Even today, the angelic beings make their loving presence felt in my life through uncanny symbols and signs. My coffee mug is one of their favourite places where they appear with messages from beyond. Almost every day, the stains inside the mugs form different shapes and symbols, telling me a story or drawing my attention to something of significance.

This time, as I sat counselling a friend whose dog had crossed the rainbow bridge sometime ago and who had been having recurrent dreams about it, I noticed that the stains in my coffee mug began to form the outline of a dog. And uncannily, the outlines resembled Flachi, my own pet dog, I had had long ago. Suddenly the divination cards too began to throw up images of dogs. Memories came flooding by and Flachi appeared on my mental screen.

Flachi was rescued by my father from a village. She was a beautiful but abandoned puppy, born with one eye. Even though her one physical eye was damaged, I somehow felt she was blessed with two powerful third eyes, which made her a four-eyed, brown-grey Alsatian. We named her Flachi, and she grew up to look like a tough small horse.

One evening, Flachi was taken away from us to live in an uncle’s piggery farm. I will never forget the way she looked at my brother and me while she was being loaded onto the tempo that had come to take her, as if asking, “why?” It was a shock for me and my brother too. We didn’t know the how and why of it either.  We only cried and begged for her to not be taken away. We were back from school and had spotted the tempo parked inside our backyard. We thought that the rented tempo was there for a wash because that’s where we sometimes washed our car. We were, in fact, happy that we would get to play with a lot of water gushing out of the hose, little knowing the actual reason.

Flachi, my brother, and I, gazed at each other without blinking, till the tempo moved out of our backyard and away from the lane. We wanted to run behind the tempo. Actually jump onto it. We were told she would be brought back soon. But that day never came. For a long time, we felt that if daddy hadn’t been away on tour, then no one could have sent or taken our Flachi away.

Years later, we visited her on the farm. We had barely taken a few steps away from the car when she spotted us and ran a long distance to meet us. With both her forelegs over my father’s shoulders, she licked his face and neck with such adorable love, that daddy had to sit down to let her have her way.

I realised over a short span of a few years, I had grown shy of Flachi. When I look back and replay the scene in my mind, I find that she had gotten lost in the wilderness of the vast, barren expanse of land. She wasn’t the fluffy pet anymore; she had turned rustic. The environment had taken its toll on her. I took a little while longer to get close to her and she allowed me that space and time.

She may have sensed much more change in us but continued circling around us with her tail wagging fast in excitement—the contrast of unconditional animal love with human fickleness Flachi had merely changed on the external, superficial, temporal level. Deep down, she was as unconditional as ever. Nothing had really changed. Her love was still there, as raw and pure as a nestling. We played with each other all evening, forgetting the past. Her love for us was the same: unconditional, with no sense of betrayal or pain.

The parting was not easy again this time. They had to somehow manage to pull her away, else she would have chased our car over the highway frequented by speeding trucks.

I wish we had put her back in the Ambassador and brought her home again with us that day. How I wish we had done that because a few days later, we were informed by the uncle that she was shot dead by a few dacoits. She had laid down her life to protect the farm, playing to perfection, the role for which she had been taken.

I hope and pray that she is happy wherever she is. I salute our Flachi, the gallant soldier, for her heroic work, and apologise to her. Wish we had been stubborn enough to stop her from being taken away to play a brave dog. She would have been fine to be our sweet and loving baby till the end.

The only redeeming part of the story is that she had a large open land for her to play on, day and night, during her last years. I hope she enjoyed her stay there more than she did with us. We had a house with only a restricted area to share with her.  Imagining her chasing the butterflies in the farm, or playing with a few piglets, brings a smile to my face. She had gotten into the habit of chasing away the peacocks who visited our lawn during the morning hours. Her diet there, I assume, must have also been more suitable to her taste buds. It was a piggery farm after all.

I hope someday soon, I will be able to overcome the regret of having handed her over to another family because our elders couldn’t keep her. I hope to be able to forgive myself and my family members for not going with Flachi to help her settle at the farm, if her destiny lay with the cute humpty-dumpty pigs and their breeders.

When I see the third picture in the cup, I see puppy Flachi with arms flung open, waiting to hug us. The heart and the angel, formed above her image, show that her heart is healed. I love you Flachi. I ended up healing my own inner child, in an attempt to heal a client.