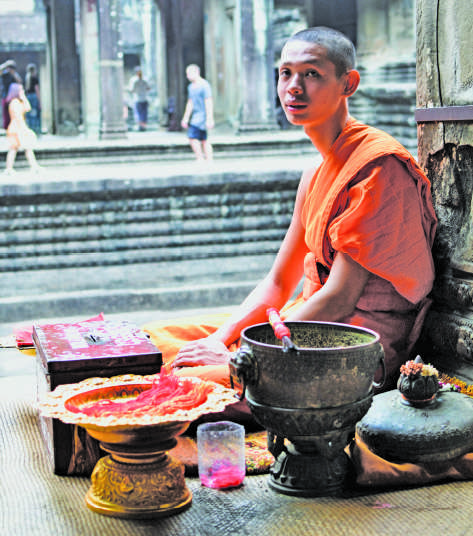 Bhaavin Shah broadly outlines two traditions, one of which can be chosen while setting out on your spiritual journey

Realistically speaking, the spiritual path is a confusing path to walk, always teeming with conflicting ideas. With many contradictory philosophies amongst the spiritual organisations themselves, what does an innocent seeker do? How does he identify the truth?

A Gautam Buddha proclaims that life is about suffering, while an Epicurus asserts that life is joy. A Gandhi insists upon simplicity, and an Osho upholds abundance. Bhakti traditions profess that God is everything, while a Nietzsche declares that God is dead. An Eckhart Tolle finds the ‘present moment’ ultimate while a Heidegger exhorts to orient to the ‘future.’

A Vivekananda speaks in favour of having an enlightened guru, while a Krishnamurti calls out the whole guru business. Yogic traditions say that spiritual practices are everything, while the Advaitic tradition asks one to go beyond practices.

How does a seeker navigate his way through this intellectual quagmire?  What does he endeavour to internalise? It is quite a predicament to decide who is right and who is not.

Understanding the morass
In my three decades of exposure to the self-help and spiritual world, I myself have gone through a lot of confusions. And they troubled me big time. They boggled my mind. Some of them still do. However, the bigger confusions have given way to clarity. And let me tell you that this breakthrough didn’t come from finding out the truth. It came from knowing my own innate wiring.

Choosing one’s path is easier if one divides the spiritual schools into two broad categories that have existed side by side for quite some time now—Muni Parampara (Ascetic Tradition) vs Rishi Parampara (Full-Spectrum Tradition).

The Ascetic Tradition
This tradition believes in a relatively simpler (or simplistic) version of spirituality. Here are some of its guiding principles:

• Inner quest is the only worthwhile quest.

• Sense organs are a source of disturbance.

• Desires and goals are obstructions to Self-realisation.

• Peace of mind is supreme, and emotions are afflictions.

• The soul is the real deal.

• Enlightenment is the be-all and end-all.

• Siddhis are an obstacle to enlightenment.

• Detached witnessing is the ultimate key.

Contrast this (point-against-point) with the Full-Spectrum Tradition which is more complex to understand and implement.

• Inner quest is the real wealth, but it is incomplete without manifesting the richness in the outer world.

• Sense organs can be a source of delight if the primary rooting is in the Soul.

• Desires and goals facilitate the play of life.

• Emotions are energies meant to be harnessed rather than condemned.

• Relationships are a source of joy and growth.

• Prosperity is more delightful than simplicity.

• Enlightenment is a useful tool to build a wonderful society.

• Siddhis remind you of the divine in you.

• Full-blown participation in life is the real fun.

One can also choose to classify these schools as Yoga vs Tantra. The former is like being a solo flutist while the latter is like playing in an orchestra.

Out of the morass
A seeker should ask himself honestly as to which of these two orientations comes naturally to him. And then go with the grain without further ado. There is no need for him to delve into the other tradition and confuse himself, especially when he is not rooted in his own. I can understand that each of us is also a mix of the two; however, one of the two would be more predominant. Initially, in your journey, it is also okay to belong to the former in some areas of life and to the latter in other areas.

That said, I do personally feel that the second is qualitatively richer than the first. It is a more wholesome solution for the society and the world. It can bring back the Golden Age and lead one to multi-dimensional mastery. With my students, it is one of my endeavours in life to help them see the value in the Full-Spectrum Tradition.

However, there will always be as many paths as there are people in the world. There is no ‘single’ one-size-fits-all truth. All truth is subjective and contextual. And all truths are, thankfully, mutually supportive.

Coming to our own ‘subjective’ truth leads to huge relief and gives us an anchor. Use the pointers I shared to know ‘your’ spiritual type. And once you choose your waters, a deep dive is all it takes to locate the pearls in the ocean and delight in them.