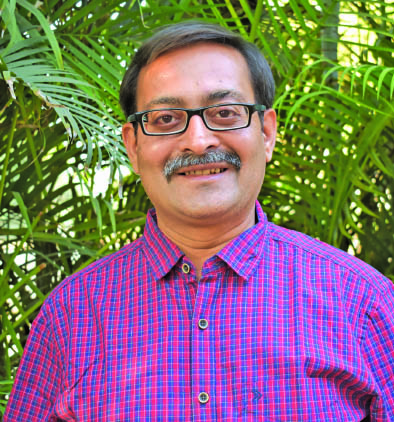 Uterus cysts and fibroids can be dealt with successfully with the help of five mudras, says Abhay Kumar Shah

In this issue, we will discuss how mudras can help with an issue quite common in females: cysts and fibroids in the uterus.

Fibroids may also raise the risk of certain pregnancy complications, such as placental abruption, foetal growth restriction, and preterm delivery.

Although uterine fibroids usually aren’t dangerous, they can cause discomfort and may lead to complications such as a drop in red blood cells (anaemia), which causes fatigue from heavy blood loss. Rarely, a transfusion is needed due to blood loss.

The following mudras are effective in relieving this problem in women:

Practise for 30 minutes, twice a day.

Fold the thumb horizontally in the palm, its side touching the palm. Wrap the index and middle fingers over it. Do the same with the other hand. Keep the ring and little fingers straight. Now, touch the back of the wrists of both hands. Touch the tips of the ring and little fingers separately to the tips of the same fingers of the other hand. Hold your palms in this formation near the navel area.

Form Namaskar Mudra, touching both palms fully to each other.

Hook the thumbs into each other, inside the palms.

#1. Hold your palms in this formation in front of the pubic area, pointing the hand down.

#2. Move your palms to the navel region, holding them parallel to the ground.

#3. Move your palms to the sternum, holding them vertical.

Keep both the hands, their backs facing the chest, fingers open, wide, and straight. Hook the thumbs into each other. This will form an eagle-like structure, with open wings.

Keep all the eight fingers waving in the air, keeping your hands stable.

Keep repeating all the four stages for 16 minutes. Do it twice a day.