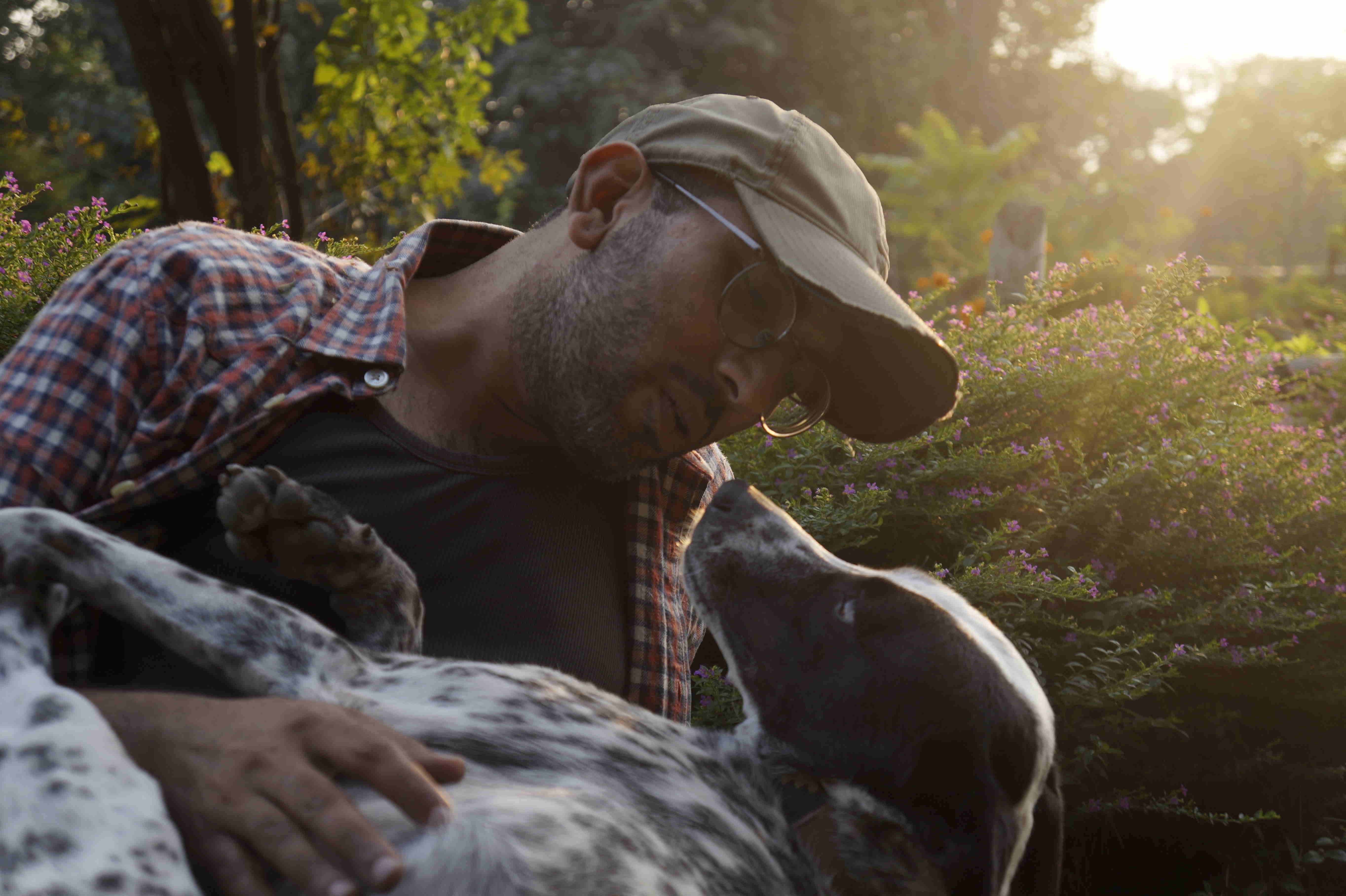 from peepal to people

After realising the importance of compassion, Robin Singh has combined caring for all beings with caring for the ecosystem to create a better world for everyone, says Jamuna Rangachari

Nestled in nature’s goodness, Kangra Valley in Himachal Pradesh is a gorgeous hill town that has long been known as a place of rest, respite, and refuge for all. It is here that Robin Singh, a former US based software geek, has begun a unique venture, the Peepal Farm.

Built with Robin’s vision to alleviate animal suffering, Peepal Farm is an organic and sustainable modern sanctuary for stray animals. The inspiration for the farm, Robin says, came to him on a visit to Auroville in 2013. There, he met an individual who inspired him to leave his old life behind. “Lorraine was a 60-year-old anaemic woman whom I met in Auroville in August 2013. She was single-handedly taking care of 50 stray dogs. It was after meeting her that I decided to move back to India and assist her,” says Robin. He also met Ingrid at Auroville, another old German woman, who is taking care of stray animals, including a blind puppy, against all odds and with limited resources.

When he returned to India the following year with his friend Joellen, not only did he collaborate with the old lady to start a volunteer programme for strays, he also initiated a sterilisation programme for street dogs in Delhi. From there on, inspirations just kept coming to him. He met two more caring souls—Dipala and Shanti Devi. Despite being dependent on a walker to move around, Shanti Devi takes care of more than 15 dogs in her own home in Delhi. Dipala, another Delhiite, moved from Delhi to Shimla to take care of her sick father, who then passed away. After his death, she stayed back in Shimla to help the animals she saw in distress.

Inspired by all these people doing everything they could, even with extremely limited resources, he realised that helping animals in need was what he truly wanted to do.

“The biggest challenge, which in retrospect was a good thing, was not having a roadmap and operating with very little prior knowledge. It also took me a while to get used to working completely out of my physical and mental comfort zone, but it was a worthwhile effort,” he says.

After due research, he zeroed down on a patch of land in Dhanotu, near Dharamshala, to build a place that would bring together animals in need of help and people who wished to help these animals. The co-founders of this venture, his friends Joellen and Shivani were his support systems throughout this endeavour. Robin also decided to grow organic food on this piece of land.

When it came to naming the place, he chose to name it after the peepal tree. Inspired by its ability to grow in the unlikeliest of places and terrains, Robin wanted this place to reflect the same zeal of working against all odds. After the acquisition of land and considerable planning, construction started in December 2014, with eco-friendly material like salvaged wood, bamboo, stones, mud, and recycled waste.

To make the place truly sustainable, Robin introduced solar energy to the project. The main building followed a passive solar design, which eliminated the need for artificial heating and cooling (like heaters in winter and ACs in summer). The farming finally began almost a year later, in October 2015. Robin adopted natural farming techniques such as no-till cultivation to grow a part of the food required by the farm daily. The rest was procured from local farmers. Crops such as wheat, corn, potato, onion, tomato, garlic, cauliflower, gourds, okra, carrots, turnips, and greens like mint, coriander, spinach, kale, mustard, and bok choy are now grown organically in Peepal Farm.

Apart from this, a recovery centre was set up on the farm to treat injured and sick, stray animals and provide them with a shelter till they got better. Initially, the team tended to only dogs and cats, but with time, they gradually started treating other animals, including cows, horses, and mules. Once the animals recovered, safe homes were found for them or they were released back from where they had been found. If some animals cannot be released due to certain reasons, they live on the farm forever.

Sustainability as a principle

Peepal Farm follows sustainable practices and runs a work-exchange volunteer programme where anyone can get accommodation and three meals a day in exchange for 36 hours of services on the farm. These services include cooking, participating in sustainable farming, housekeeping, taking care of animals, and constructing new buildings.

The completely-vegan farm does not serve animal products—meat, eggs, or dairy, though eggshells (from boiled egg vendors) and leftover bones (from local butchers) for ailing dogs are allowed. The idea is to only use those animal products that are considered ‘waste’ so as to avoid contributing to the demand for meat or eggs.

Minimising consumption is a priority at Peepal Farm to consequently minimise the amount of trash produced. Waste segregation, mulching, and composting are practised regularly on the farm. Most of the farm’s animal sheds and doghouses are built from used plastic and beer bottles. The cow dung generated by the farm cattle is used to make biodegradable plant pots that are intended as a replacement for plastic planters.

Robin and his team also use concepts such as ‘Cultural Jamming’ and ‘Hacktivism’ to develop a positive association between the public and animal welfare. For instance, a small step such as putting gunny sacks with a picture of Lord Krishna and the words ‘This is my cow’ on stray cows is used to prevent them from being whipped with sticks.

“I came to the realisation that almost every act of production and consequent consumption has a ‘suffering footprint.’ Even the simplest act of working the soil and growing food harms plenty of living beings. So, to minimise my ‘suffering footprint,’ I decided to grow at least some of our food. I also hope that with further experimentation, we might be able to come up with a pragmatic organic farming method that does not require back-breaking work,” says Robin.

Successfully combining his love for animals and the betterment of the planet, Robin considers his life extremely content in every way. “Emotionally, I feel much more content, and rationally, I can’t think of living my life any other way where the good I do outweighs my ‘suffering footprint.’ This tells me that I am on the right path.” He reflects, “I was living without thinking as that’s the instinctual thing to do. And my life changed for the better when I thought about the ‘why’ of living. I think it is an important question to ask, in order to realise the human potential.”

With his constant efforts to do good, Robin has certainly made me think about the right way to live. I am certain that his work has made many others look at the peepal tree with reverence and strive to make some efforts in this direction.