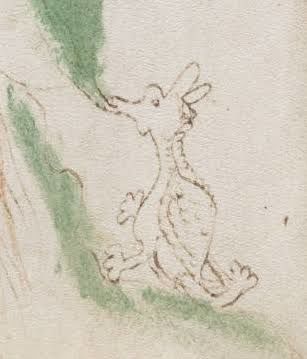 Instead of being spurred by our ego or by our fantasies of what the child should be, can we partner with God in helping the child to realize his true self, asks Pulkit Sharma

Parenting is the hardest task on earth. Little wonder that many parents feel that despite their best efforts their children have not turned out as they may have wanted them to.

Based on my experience as a psychologist, I feel that it is our ignorance and flawed understanding that creates what we call a problem child. Broadly speaking, we make two big errors in understanding and executing the role of parenting. The first blunder is to be guided by one’s ego. People feel that the child is their possession and extension of their own self. The second related blunder is to think of the child as a hollow vessel that needs to be filled with knowledge and guidance.

When parents operate from these perspectives in conceiving, providing for and bringing up a child, the end result is tragic. The child structures his life around the parental ego, and never realizes his true self. Based on his relationship with his parents he may either conform to the culture, or rebel against it, but either way, he is unable to find himself. And so he becomes shallow, hollow, depressed, angry and manipulative.

Sri Aurobindo emphasized that the child is a divine being, and he can realize this divinity only when our own efforts to bring him up are in synchrony with the divine plan. This can be achieved “when we conceive of the child as a soul with a being, a nature and capacities of his own who must be helped to find them, to find himself, to grow into their maturity, into a fullness of physical and vital energy, and the utmost breadth, depth and height of his emotional, intellectual and spiritual being.”

If one wishes to make parenting an integral part of the divine design, the only way forward is a deep and reflective transformational inner journey that will radically change how we perceive and bring up a child. No book or expert advice can be a substitute for this inner change. Nevertheless, I’m sharing a few insights to describe the concept and its practical aspects.

Parents often have a fantasy of how their child should be. Often, these fantasies are influenced by qualities they did not possess or dreams they could not fulfill. Weak parents visualize strong children; those who did not succeed want super achievers, impoverished parents desire wealthy children, parents who admire themselves want a child that replicates them, those who are proud of their heritage want a child that uplifts it even more.

These fantasies influence the way parents to bring up their children and leave a powerful impact on the personality of the child. In many cases, the child does, in part, assume the desired form.

Rather than being guided by our ego, can we envisage a child with higher qualities such as truth, enlightenment, creativity, tranquillity, love, empathy, meaningfulness and honesty? This will give the child a headstart in evolving as a divine soul.

Practice what you preach

Parents are all the time preaching and enforcing good behavior upon children they themselves don’t practice. When mobile addicts forbid their child to use a cell phone the double standard leads him to conclude that either his parents don’t love him, or are trying to deprive him for silly reasons. In both cases, he rebels. The Mother asserted that one should never demand from a child an effort of discipline that one does not make oneself.

Good behavior is difficult to inculcate as it involves giving up short-term pleasures and developing self-control. If parents want their child to seriously practice it, they must walk their talk.

This is important for two reasons. Firstly, children usually venerate their parents and will try to copy their behavior. Thus, if a parent already practices the desired behavior, so will the child. Secondly, because they practice it themselves, the child is more likely to be convinced of its merit.

A father of a teenaged girl told me that he was stressed as he did not have sufficient money to take his daughter to Europe, while all her friends were holidaying abroad.

Because of the materialistic society we live in, people think that earning loads of money is the most important goal of parenting. We work endlessly in order to send our children to the most expensive schools, buy the best-branded clothes, toys, and gadgets for them, send them across the globe, and secure their future by saving enough money for them to survive even without working. Parents are kept so busy that they have no time for their kids and delegate a large part of parenting to hired caregivers. According to the Dalai Lama, the most basic seed of compassion comes from the healthy and positive bond between a child and a parent. In my experience as a clinical psychologist, I have seen that nothing else can replace the absence of this bond, and the only way to build this bond is by being present physically and emotionally.

We must refrain from being deluded by the notion of quality time. The child wants ample time, care, availability, reliability and emotional investment from the parent to feel loved and valued. This strong bond lays down the foundation for a self that is positive, creative and attentive which can blossom and connect to the inner being inside, and the universe outside. In its absence, the child is vulnerable to a gamut of psychological and relational problems that will haunt it for the rest of her life. Therefore, parents should remember that there can be no substitute for their time, attention and availability. Looking at your children with joy-filled eyes each time they are happy, will enable them to grow into fine human beings, even if they do not attend the best of schools, wear the finest of clothes, or travel to the most exotic destinations.

From idealism to realism

Children are fascinated by fairy tales. They dream of a magical world where thoughts can turn into reality, blind faith takes care of all difficulties, truth always triumphs over evil, the world is full of positive energy, and human limitations can be transcended. Well-meaning parents often quash these ideals in the interest of equipping them to face real life.  However, all too often, they leave children believing that reality is dark, hopeless, harsh and alien. Although some amount of reality check is desirable, too much of it snatches away the faith that children must-have.

According to the Mother, if we have absolute faith and we create stories in our mind that are aimed at a transformation of ourselves and the world, these mental formations develop powerful wings and move swiftly towards realization. Thus, the world of childish idealism carries within it the hope and the seeds of a better individual and collective reality. We must, therefore, assist our children in turning their idealism into a reality.

Looking at one’s child with love-filled eyes is a parent’s primary task
The biggest obstacle in one’s growth is the lower nature, full of trivial, multiple and conflicting desires and impulses. This makes us lose sight of our own larger good and that of the Universe. As we grow we learn to postpone or rationalize the demands of our lower nature so that it creates fewer disturbances, but this is only a temporary solution because sooner or later this force tends to usurp our consciousness. Childhood is the best time to learn to master and transcend this lower nature. If one is successful, a big milestone in the evolution of consciousness is achieved. This can be done in several ways.
Firstly, proper physical education is very important in developing control over one’s body and mind. When children undertake sports they learn to concentrate and understand the value of discipline, and this allows them to exercise control over their drives. Therefore, parents must encourage children to take up any sport of their choice and develop mastery in it. Secondly, parents often use food as a reward, making children obsessed with food and to strongly identify with the needs of the body. The real value of food exists in providing life and power to the body. Food is a means to keep oneself alive, and not an end in itself.

Thirdly, one should be very careful in disciplining the child. In my practice as a psychologist, I often see that parents find it hard to strike a balance between freedom and control. Either, they give too much freedom to the children or want complete control over the child’s nature. Every child needs autonomy to discover his inner being and develop in an authentic way, which too much control usurps. At the same time, full autonomy can be dangerous because the child’s desires will lead her to identify powerfully with her lower nature. Therefore in each new situation, parents need to reflect and strike a balance between freedom and control.

The Mother stressed that the only solution to this complex problem is to never have a fixed style of parenting but strive to apply the highest truth one can perceive in each situation.

Fourthly, when children show undesirable behaviour we end up rebuking or punishing them, but this strategy does not work. Either the child obstinately refuses to change or simply carries on the behaviour secretly when no one is watching. Because it is very difficult for a small child to renounce cravings, one can instead inspire him to sublimate lower desires with higher ones.

For instance, a child who feels powerful by bullying other children could be explained that real power lies in protecting the vulnerable and not in traumatizing them. One can affirm that he indeed is powerful and can become invincible if he were to turn a protector of others. Thus, the child will be able to satisfy his need to feel powerful but the direction for the need will change from hurting others to loving and caring for them.

Just as a seed has its destiny already embedded within it, such as how tall it should grow, what kind of roots, branches and leaves it should have, what kind of fruits it should bear, children also have a lot already implanted in them provided we keep our ego aside and look carefully. We need to allow and assist the divine intelligence in unfolding and manifesting itself in each child. Parenting can be successful only when it understands and fits into the divine design.

About the author: Pulkit Sharma is Clinical Psychologist and Psychotherapist at Imago- Centre for Self, Delhi