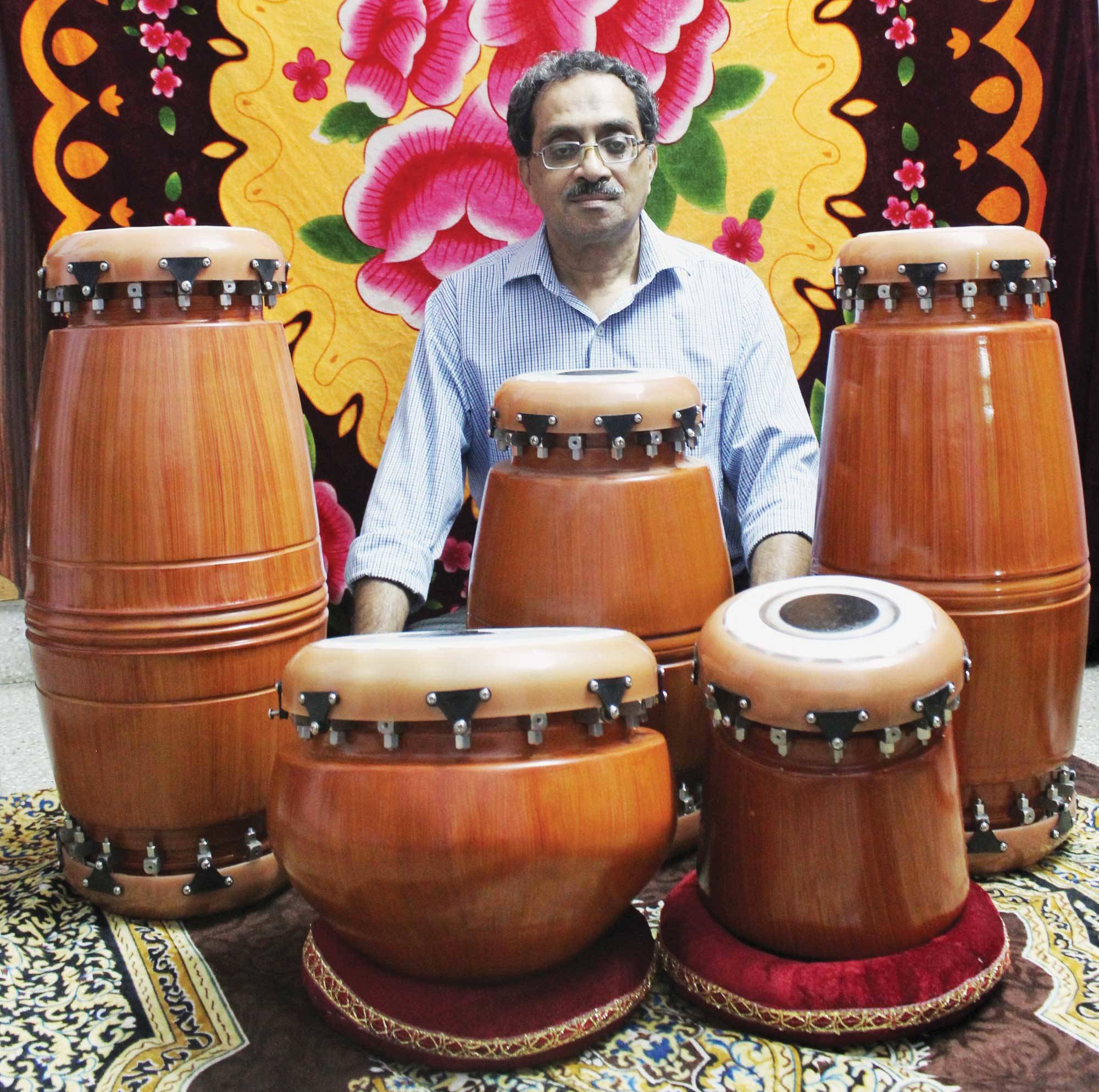 In 2010, popular Bangalore based Carnatic vocalist, musicologist, and physicist, Dr K Varadarangan considered quitting stage performances. The reason for this radical change of heart was his seeing a gory, heart-wrenching video footage on the underlying cruelty of animal-based industries.

“I considered music at par with divinity and spirituality,” says Dr Varadarangan, “To know that the instrument, mridangam, which I use as an accompaniment to my vocal music, was made from animal products, was disturbing.”

After five and a half years of research, Dr Varadarangan founded Karunya Musicals, which manufactures SRI (Synthetic Rhythm Indian) mridangam, a zero-animal-products instrument. While the traditional mridangam uses animal skin, mostly goat and cow, and wood, usually that of the jackfruit tree, Dr Varadarangan’s vegan mridangam uses a fibreglass shell and synthetic drum heads. “The SRI mridangam is not entirely green but has low ecological impact,” says Dr Varadarangan, adding that unlike a traditional mridangam that needs frequent repair of the head of the instrument, sometimes even immediately after a concert, his vegan mridangam has a long life. That being said, making it entirely green is his long-term goal.

After this episode, Dr Varadarangan, who was born and raised a vegetarian, took the vegan path. He was strongly supported by his wife, Veena, who also turned to veganism, followed by their two children. “My migraine problems have disappeared, and I am more energetic now than ever,” he says, highlighting the benefits of a vegan diet. As an extension of their love for animals, Dr Varadarangan and his family take care of several strays in the neighbourhood; they have even spayed and neutered some of the strays and homed puppies.

Over the past two years, the SRI mridangam has been very well received by the artists’ community and serenaded music lovers at thousands of concerts. “One mridangist in Bangalore is soon going to complete 200 concerts on the SRI mridangam and three others have already completed 100 concerts each,” says a happy Dr Varadarangan. Since March 2016, Karunya Musicals has sold about 250 mridangams, and the demand has been steadily increasing. The SRI mridangam is also exported to 12 countries, major markets being the USA, Australia, and New Zealand as well as some European countries. Spurred on by the success of the mridangam, Dr Varadarangan intends to launch a vegan tabla soon, which is almost ready. www.karunyamusicals.com