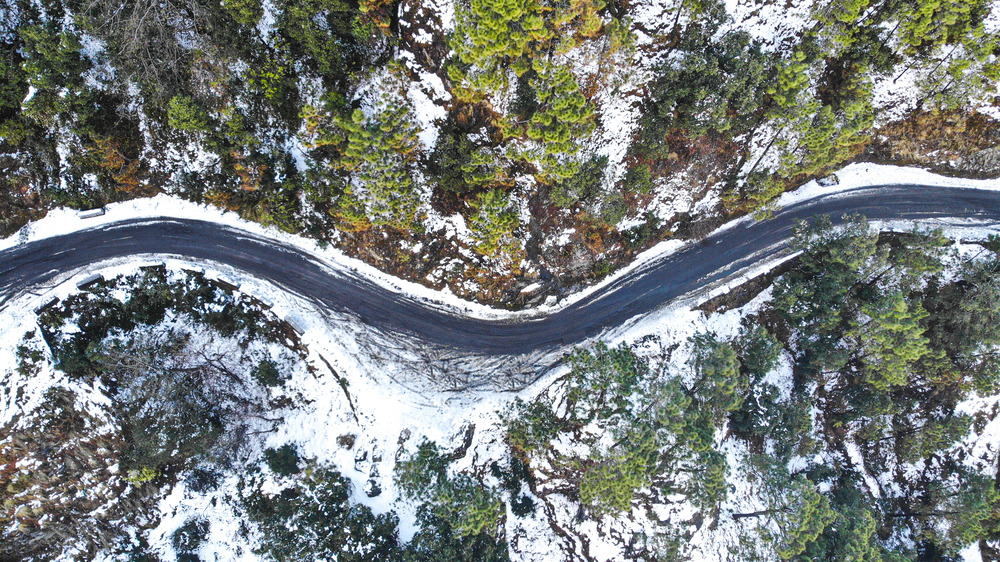 Healing in the hills

The Sri Aurobindo Ashram in Madhuban, at Ramgarh, Nainital, is a paradise in the true sense of the word, built in the loving memory of Sri Aurobindo Ghosh and the Mother (formerly known as Mirra Alfassa). The beautiful valleys, flowers, insects, bees, birds, sunrise, sunset, and crisp mountain air are so inviting that anyone who visits this place has trouble leaving. The atmosphere of Madhuban is filled with love and inspiration. No wonder, many writers and poets penned their seminal compositions over here. When Editor Shivi Verma told me to moderate Healing in the Hills—a residential healing retreat—in Ramgarh, I felt super excited and happy.  I couldn’t have been more grateful to her for this opportunity. Although we had a smaller group of participants for this event, the contentment and happiness on their faces was unmistakable.

Eventhe facilitators felt that they could have not chosen a better venue to conduct their sessions. Such is the charm of this place that, once, even Rabindranath Tagore chose Madhuban as his writing haven. The seven-day Healing in the Hills residential retreat was divided into three workshops, two days dedicated to each.

I inaugurated the festival by introducing the facilitators and announcing the first workshop (EFT), which was followed by a light-humoured welcome note delivered by Mr S D Saxena, a senior advisor with Life Positive.

Both Sunny and Meetu are warm and friendly trainers who have the knack for captivating their audience. They divided their workshop into the following categories:

This structured approach made it simple for everyone to relate to the topics and understand them one by one. The facilitators first addressed the basics of EFT: what does it mean and involve. They supported their sessions with a beautiful presentation which had pictures, diagrams, videos, and text describing everything about EFT, thus making learning fun and easy to grasp. Sunny gave many examples of situations where one could apply EFT. Meetu took everyone through the stepwise tapping on the meridian points of the face, collarbones, underarms, etc. to release pent-up emotions and feelings. She also taught affirmations to go with the tapping and how to say them, which makes EFT even more powerful.

The duo also presented facts and medical case studies on EFT that proved the credibility of this healing modality. The best part was the demonstration of the quick EFT technique, a.k.a. quick anxiety stopper, which instantly releases any kind of stress stored in the face or body, making a person feel lighter.

The second day of the EFT workshop saw many group practice sessions of tapping for various illnesses and problems. EFT works well for all kinds of physical pain, emotional trauma, and mental stress. The facilitators also made everyone tap each other (focussing on individual participants and their problems). This enhanced the overall energy of the group. When it came to doing personal tappings for each one, people opened up their hearts and shared the problems they were suffering from. Meetu and Sunny tapped along with the participants and made each participant repeat solution-oriented affirmations in order to heal them.

The last one-and-a-half hour was solely dedicated to asking questions. Both the facilitators were asked about their journey into spirituality and EFT. People also asked other relevant questions pertaining to the use of EFT in their daily life. Both the facilitators very patiently and astutely answered their questions. The group was full of enthusiasm and positivity after thoroughly learning EFT. They were really looking forward to attending the next two workshops.

It wouldn’t be unfair to say that this workshop was the most loved and enjoyable of all the workshops. Child-like curiosity, excitement, and joy were seen in each participant while learning to read tarot cards from Maa Gyaan.

Maa Gyaan is truly mystical, and elevated as a human being. Her all-encompassing love and amazing sense of humour made learning so much fun for everyone. And she is an extremely shrewd teacher to boot. Most of the first day of the basic tarot-reading workshop went into explaining the meaning of each of the 78 Osho Zen tarot cards. What made this session even more interesting was that she demonstrated the relevance and meaning of every card using real-life examples of all the clients who had come to her with their challenges. She also elaborated on the contextual relevance of each card in different cases and how to interpret the cards accurately.

Maa Gyaan explained the main categories of the Osho Zen tarot cards that are divided into six sets : major arcana, minor arcana, water cards, fire cards, earth or abundance cards, and dark or grey cards. Each category has specific colours to it. Major and minor arcana are purple and are positive cards; abundance cards are in rainbow colours and indicate prosperity; water cards are blue and indicate a steady flow of things in life; fire cards are red and stand for passion or intensity; and dark cards predict the challenges a person will face.

She also went into greater detail of each category’s representation and context. She taught everyone to do a random pull-a-card reading for each other, in which the client can ask any question to the reader and pull one card to know the answer. However, the process of choosing a card isn’t so random. Maa Gyaan specified that the client, after asking their question to the reader, must only pick that card which really calls out to them. This instruction is given by the reader to the client before they do the reading together. Maa Gyaan also said that more than one card can be pulled to get more clarity on a question asked.

She also mentioned how important it is for the reader to fine-tune the questions asked and dig deeper into the details of the situation that the client is trying to resolve, to understand it better. This also makes the card reveal clearer answers for them. She also said that cards have their own energy and intuition, and speak to the person getting their reading done.

On the next day of the advanced tarot-reading workshop, Maa Gyaan taught everybody important tarot card spreads like the Five Spread or Diamond Spread, Kundali Spread, and Chakra Spread. She explained the significance, design, arrangement, and energy playing in the cards of each spread. The Five Spread is dedicated to one challenge. The Kundali Spread gives an insight into almost all areas of one’s life, such as career, relationships, financial situation, health, social life, and spiritual health. The Chakra Spread gives information about the overall energy and health of each of the seven chakras in the body. Maa Gyaan also made everyone practise these spreads by doing each other’s readings. It was one of the most exciting parts of the event. All those who were staying at Madhuban wanted to attend this workshop when they came to know about it.

Maa Gyaan also taught everyone another elevated exercise: psychic reading. In this, first, the reader and the client hold each other’s hands, close their eyes, and establish a connection. Then the client asks their question to the reader. The reader, without physically pulling out a card, intuitively picks a card in their mind. And that card is the message or solution to the question asked. The first intuitive card image that pops up in the reader’s mind is the answer to the client’s question.

She also described the process of cleansing the energy of cards, charging them, and activating them through several ways, for example, exposing them to the full moon.

She offered the following suggestions to the participants before doing tarot readings:

This workshop was a very fascinating one. Each participant was also blessed by Maa Gyaan Suveera personally.

This workshop started with Hitesh explaining the family systems in detail and how each member of the family has their own rightful place in that system. His first mandate to everyone was that they must acknowledge everybody with respect and love, excluding none from the family systems. The reason is that when we do not acknowledge someone in the family tree, their unresolved traumas, issues, or patterns arise in the forthcoming generations. This is based on the rule ‘What we resist, persists.”

Shubhangi spoke about soul connections, family soul, and oneness within a family system. They also explained the concept of deep loyalty that we have with our ancestors if anyone of them went unheard or unacknowledged.. It is important to break one’s patterns that revolve around that loyalty, which do not serve the person well. For example, if a father was an alcoholic, the son can choose to not be the same. Or if someone didn’t make enough money, then their children can choose to not carry their same fate and earn a lot of wealth for themselves.

Hitesh and Shubhangi also touched on the following topics:

Hitesh and Shubhangi also explained how we, as souls, choose our parents and vice versa. There is a deep karmic meshing that takes place in our interpersonal relationships. They also expressed the importance of healing traumas that were borne by our ancestors, such as the loss of parents at an early age, relationship issues of grandparents, a missing person in the family, suicides or murders, incest, wars, curses, and also by being victims and perpetrators, so that they are finally resolved and not carried further to the next generation.

On the second day of advanced healing through this workshop, a lot of deep exercises were done: inner child work, acknowledging all the siblings that came before and after, role-playing of parents and children, and playing life (one person played the role of life and intently listened to their partner’s story). During each exercise, many participants cried and released their pain while having unexpressed dialogues with their parents and children, sharing love, and healing stored traumas. This intense catharsis was unprecedented, and the workshop ended with lightness, happiness, and high spirits reflecting on the faces of all the participants.

The Healing in the Hills festival truly lived up to its name. It was transformational for some and therapeutic for many. Energised, the participants enthusiastically expressed the need and significance of organising such programmes and acknowledged their wonderful effect on people’s mental, physical, and emotional health. Everyone looked forward to attending more such events organised by Life Positive in the near future.