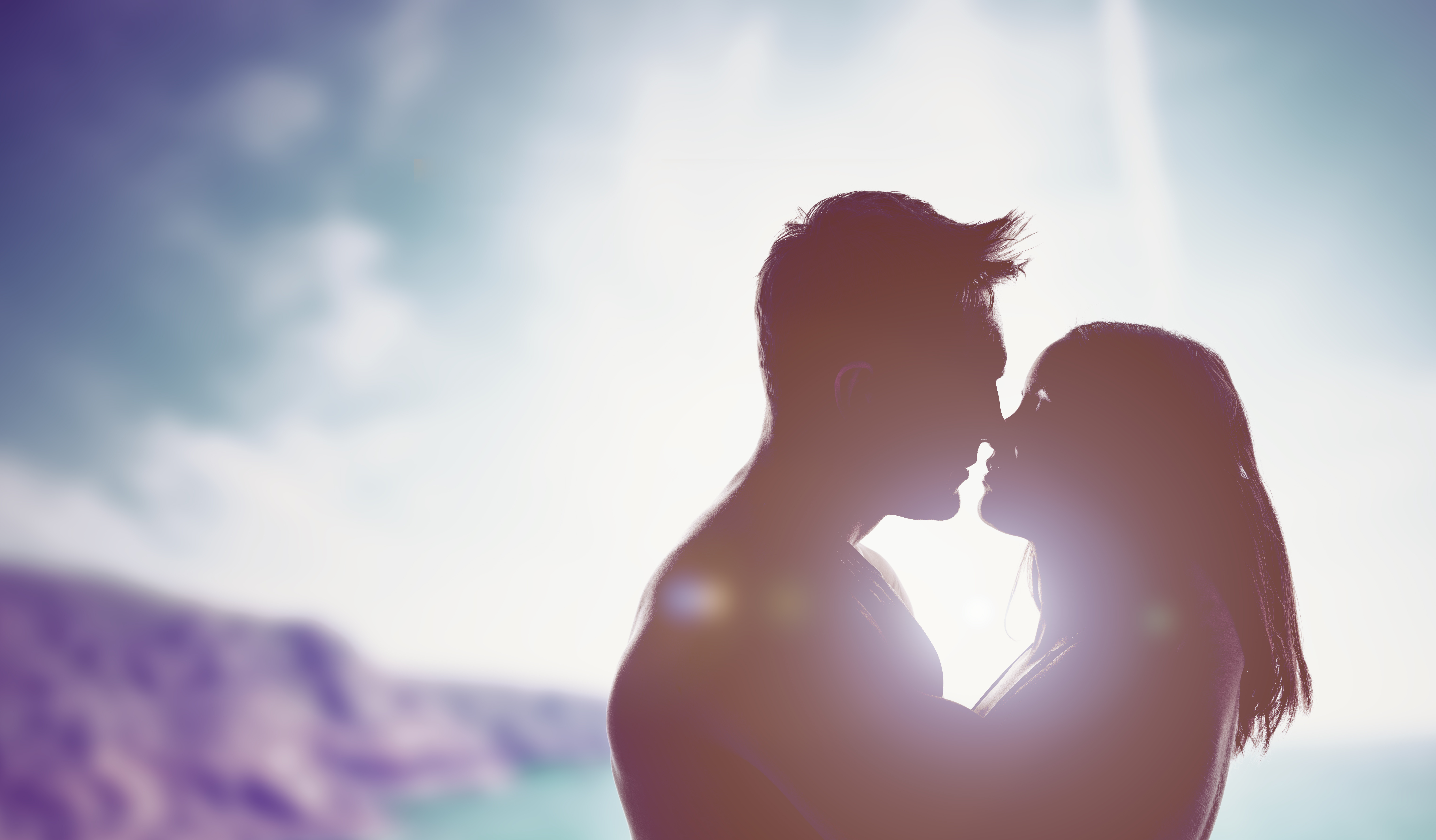 HOLISTIC INTIMACY IN A RELATIONSHIP

Being in a relationship is one of the most beautiful experiences and all those who have been in one/ who are in one, are sure to vouch for it. While a relationship evolves from friendship , it eventually develops into something more concrete  when the two individuals experience a deep emotional , intellectual and a spiritual connect ; in many couples of  today , a professional connect is also experienced. Very often than not, these do ultimately lead to a physical connect which may be deep for some and superficial for some.

I ,  a holistic wellness practitioner, completely disagree. While I surely oppose teenage pregnancy or pre marriage pregnancy, I strongly feel that the physical intimacy is not what harms the individual when a relationship breaks down. The case study shared here is a fitting testimony that physical intimacy is not what traumatises a person in the event of a relationship breaking down. I wish to highlight the impact of emotional and intellectual intimacy in a relationship that is grossly overlooked. It is also an attempt to put across a message that individuals need to be aware  that  the damages done by breaking an emotional intimacy is far more traumatising than breaking a mere physical intimacy. It is also essential to understand “ marital harmony” in the deepest sense means an intrinsic connect physically, mentally, intellectually , emotionally and spiritually.  How many of us achieve this holistically intrinsic connect is surely a point to ponder…..

Anju a mother of two,  met me to explore possibilities of receiving help to work on her anger through pranic healing[ Pranic Healing is an energy healing system that works on the aura, chakras et al.] .  She shared how her volatile anger was uncontrollable, leaving her and her family puzzled and shaken. As her healing sessions progressed, both of us realised the need for integrating her healing with counselling sessions for better results. I explained the need to explore the root cause for her anger and she willingly shared her story.  Anju had been  in a very deep and committed  relationship for six long years . She and her boy friend shared a very strong bond on various fronts  but rarely indulged in physical intimacy  and Anju remained a virgin. The relationship which was intended to  have culminated in to marriage, broke. Anju was devastated. She went through a  downward spiral  emotionally  and transformed in to an extremely snappy person ; she did not focus on her professional growth and did not  know what she wanted to do with her life. Her parents married her off to a decent well qualified good natured human being. Arun was in every way , a good match for Anju- so the family believed and they were not wrong . Anju shared about  her past  to Arun ; a gentleman , that he was, he accepted her as she was. Moreover, Anju was a virgin and as any average Indian , Arun  too was happy “ everything was alright”. Months and years passed; Anju and Arun were blessed with two lovely boys and “ seemed a happy family “ – outings, vacations, social gettogethers … everything seemed in place. But everything wasn’t in place! Anju , try as she did, could never connect deeply to Arun. She had no complaints about him as a person. But she could just not connect .  They had their outings, their interactions, they regularly indulged in healthy sex, yet Anju felt empty . She found herself being a mere  participant . her husband too was aware of the missing link. They tried to talk it out but could never discover the missing link . Anju was aware, inspite of bearing two children, she had never indulged in a holistic intimacy with Arun. This truth bothered her but she did not know how to help herself. During her sessions with me, she discovered the reason for this lack.

Anju  had never indulged in physical intimacy with her boyfriend –but her emotional and intellectual intimacy had been  very deep and she had not broken these bonds in spite of the break up. These bonds hurt her ; traumatised her ; prevented her from connecting deeply to Arun, even though she did like him as a person. She was broken within and nobody had helped her heal . They  had just moved on…… happy and relieved, “ at least she had not got physically intimate with her ex !”

When she carried her babies in her womb, Anju longed to experience all the joys and excitement that pregnant women experience with their husbands- she had heard many such stories…. But she just could  not experience the joy deep within. Arun was indeed a gentleman and  both the times, the pregnancies were well planned by both of them.  But she just couldn’t integrate emotionally with him and she didn’t know why.

I encouraged her to learn Pranic Healing so that she could practice her self healing too . She quickly progressed to the higher courses. Practcising Pranic Psychotherapy regularly helped her to heal herself of her buried anger, hurt and guilt. She was carrying loads of guilt over her superficial relationship with Arun. The counselling sessions helped her to accept reality ; to let go the past and rediscover herself.  She also religiously followed the teachings of Master Choa Kok Sui , of working on character building along with practising  meditation of twin hearts.

Weeks passed and Anju transformed beautifully and it was not very late before Arun began to sense the change in her. The intimacy between them slowly began to intensify in different spheres and he was indeed filled with joy. Anju discussed her sessions with him and he encouraged her to work through . While we worked together on her forgiveness sessions, Arun suggested she forgive her boyfriend in reality too. I supported his idea as it would indeed be a healing for many individuals involved .

Soon Anju traced her boyfriend and had a long conversation with him after a span of about fifteen years. To her surprise, he was very warm and friendly and sounded genuinely concerned about her welfare. He clarified to her , that though he had broken off, he had no ill feelings for her and still respected her for who she was. He also confessed that the conversation indeed gave him a lot of inner peace that he had been longing for. Anju, for her part shared  her emotional roller coaster and how she now wholeheartedly wished to forgive him and move on holistically. They both laughed, cried, spoke…   and at the end of it, Anju felt complete.

There was one more truth Arun and Anju had to face.” I don’t think I will ever stop loving him. He didn’t break up because he didn’t love me. And… all these years, I think the battle has always been with myself, as I hated myself for continuing to love him in spite of the break up.” Anju looked up with tears in her eyes and said,” I am just unable to stop loving him…. We may not be emotionally and intellectually intimate, but the connect… may never break completely… irrespective of whether we are in touch or not…..” Arun allowed it to sink in….   He slowly replied in a firm voice, “ Love is good. It only lightens and strengthens your heart. Vengeance, hatred and guilt are bad for you . I am glad that you are over and done with those unhealthy emotions. You don’t have to feel guilty.” Anju was surprised beyond words. Noticing her expressions, he continued, “ I  mean what I say. If you are able to recognise and acknowledge your love for a man who dumped you, I see compassion in you which is again a noble emotion. Your love for another man who is not your husband is nothing ugly or dirty. We need to understand the beauty of love in its true essence.   In fact, I am happy you have recognised this, as now, with all unhealthy emotions cleared, your heart will be able to love me in a more holistic way. Your love and your innate connect  for the other man will never interfere in our relationship. Just as how one’s intellectual connect with one’s teachers remain even if he or she is not in touch, I accept your intellectual connect with this gentleman too will remain, even if you are not in touch.  I understand the security of our relationship. “

That day, both Anju and Arun experienced a spiritual integration ! Rest is history.  Anju’s sessions concluded with her having discovered herself and holistically integrated in her marriage.  It was a long journey indeed, but a meaningful one, which helped not just Anju but Arun and her boyfriend too.

Intimacy in a  true relationship is something divine and hence not just limited to physical intimacy. The spiritual essence in a relationship can be realised only by those couples who aim to integrate with each other emotionally, intellectually, spiritually and physically. Such a bond exists beyond attraction and like often prioritised in this world. It is important couples seek an intimacy of this depth in order to nurture innately beautiful families. Beautiful families will lead to peaceful societies and of course a peaceful beautiful planet!! Are we ready?