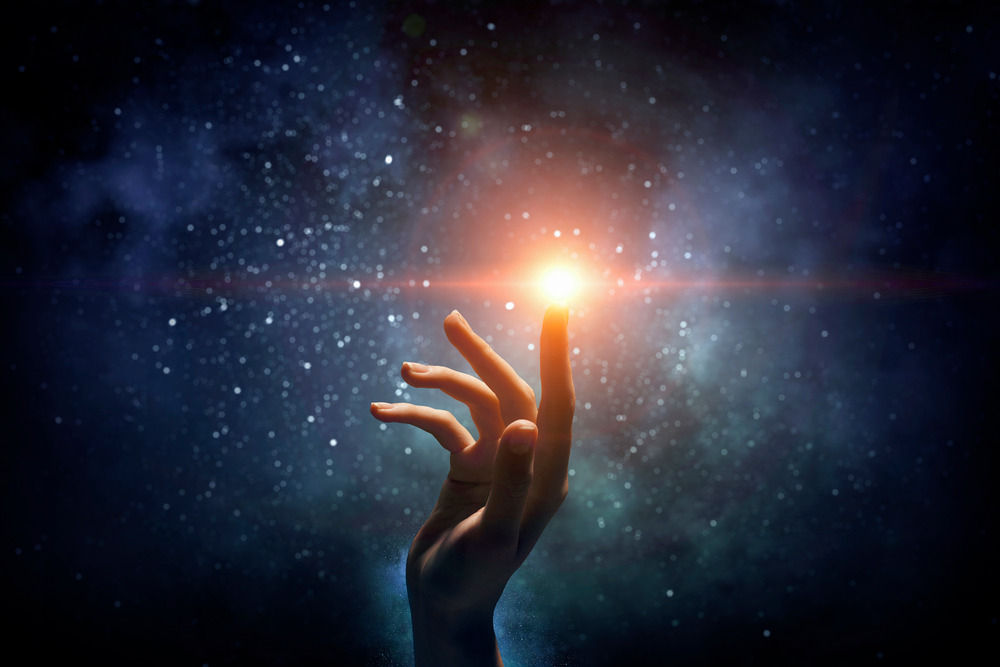 How I found my God

How I found my God

Dr Bijal Maroo, who was pussyfooting with God all along, became an ardent believer overnight when she experienced His omnipotence in a moment of crisis

As a kid, I did not understand much about prayers or temples—or even God— but I remember going on a pilgrimage as an 11-year-old. I eagerly waited outside the temple door, but not for darshan (worship), as one would imagine; it was to relish the curd being sold outside! Some of my relatives responded to this by calling me a nastik, which means an atheist or a non-believer in God.

I also have a childhood memory of how I tried to bribe God by offering him five rupees and a coconut if he helped me achieve the desired score in my final exams. My mom very patiently explained to me that, as a Jain, we believe in karma. So if you put in the effort to study, you make the grade; else, you don't. However, it was not okay to bribe God to curry favour. An important lesson learnt there.

As a teenager, I needed to find my identity and be different from the herd, so I chose to tell the world that I was an atheist. It helped me get some much-needed attention. Also, maybe it was my way of rebelling. I told my friends that I visited the temple only to appreciate its architectural beauty and had no leanings towards religion.

Later, while growing up, out of sheer habit, I became deeply identified with this belief. Funnily, I had chosen it without giving it any serious thought. Then, along came my first brush with love. It turned out to be totally one-sided, and it shattered me completely. I had nobody to turn to, to unburden myself. I could not confide in my parents, as I did not want them to worry about me. My younger sister was too naïve, and I thought that she might not understand. My one-sided love also happened to be my best friend, which left me friendless and helpless. Who do you think I turned to? None other than God Himself, the exact, same God who I believed to be non-existent. As I cried every single night, sleep too had deserted me. In my darkest hour, I called upon God to somehow take away my pain. God was the only oasis of solace, helping me to recover from the abyss I had sunk into. This was my first experience of a helping and benevolent God. It converted me, and I was now a believer.

However, it was a blow-hot-and-cold kind of faith; it was more often absent than present. Every time things went wrong, I questioned whether God was present in my life. I needed a blanket insurance that only good things would happen to me, as I was a believer in the Almighty. It was a very conditional kind of faith.

However, in 2017, an experience firmly cemented my unequivocal faith in God. My sister and I undertook our first Himalayan trek to the valley of flowers. It is a very arduous trek, as it is held in the monsoon season. The promo pictures were really enticing, and my sister and I were looking forward to this adventure. Anyway, we got much more than we had bargained for. We got off at the Dehradun airport, only to realise that one of our suitcases had gone missing!  We would now have to make do with just half of our warm clothes. Luckily, the backpacks, trekking shoes, and the rain gear were on our person. So, we decided to brave it and continued onwards.

On the trek to the valley, my sister suffered a really bad bout of altitude sickness. Also, we encountered terrible weather and thunderstorms. Having hardly seen about five per cent of the valley, we had to start our descent. My sister was really unsteady on her feet. The sight of the sheer drop into the valley, that day, still makes my heart shudder. Even a single misstep could have been fatal, and the valley of flowers would have become the valley of death for us. Thankfully, two of the group members appeared out of nowhere. As they joined us in the descent, their help was a godsend. We were very grateful for their help, and nothing untoward happened. Finally, we made it back safely to the hotel.

Later, as we drove back to Rishikesh, a huge landslide blocked our path. We were informed that it would take 8–10 hours to clear it up. This had eaten into the buffer time that we had before the return flight home. Now it would be a race against time if we were to make it.

Stuck in the middle of nowhere, we took refuge in a gurdwara (Sikh temple) dormitory. By then, I was feeling totally defeated and drained by this roller coaster chain of events. On entering the gurdwara, I started a conversation with God. Though it was nothing like the Amitabh Bachan-Deewar scene, I told God, “Listen, I really don’t know what to pray for. I don’t know whether making this flight or missing it is a good thing. Maybe you are protecting us from something far worse by making us miss the flight. So I leave it all to you. Just do as you please.” Thus, I ended my tete-a-tete with the Maker. I just sat there as a sense of calm washed all over me, in a way I had never experienced before: a golden light enveloped me completely. I don’t know how long I continued sitting there. When I left the gurdwara, I was a totally different person.

On our way back, the driver drove the Volvo like one possessed, as if it was a fighter jet. At the airport, we never stopped running past the ticket check, the security, and the baggage scans. We literally snatched our lost suitcase from the Jet Airways office, and the flight manager flagged us through for an Indigo flight. We entered just as the gates were closing. Slumping into our seats, we offered profuse thanks to God. WE HAD MADE IT! Also, as a bonus, my English improved a few notches. I had experienced the meaning of phrases like ‘by a hair’s breadth’ and ‘by the skin of my teeth.’

That day, I learned the immense power of surrender. His timing was perfect—down to the last microsecond. The truth was staring me in the face. Who else could have carried us through! That flight brought me back home, literally and figuratively. I had finally found my God.