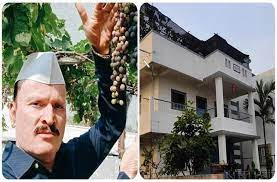 Innovation through the grapevine

Spreading innovation through the grapevine

The significance of farming as a means to healthy and sustainable practices is fast gaining currency. Bhausaheb Kanchan, a Maharashtra-based farmer who owns a three-acre ancestral plot in Uruli Kanchan, has always been an ardent farmer. As a farmer, he wondered if grapes could grow in urban areas as well. In 2013, he went on an agricultural tour to Europe with fellow farmers. This tour was organised by the state’s agriculture department to show farmers agricultural practices implemented in different parts of the world. He travelled to the Netherlands, Germany, Frankfurt, and Holland. He saw how farmers in Holland plant grapevines in their backyard. This helped him realise that it was possible to grow grapes at home.

He decided to grow grapes on the terrace of a new house he was building in 2014. As he was not looking for commercial success, Bhausaheb decided to use organic methods to grow the grapevines. Using an abundant amount of cow dung and urine, compost, and organic matter to provide natural nutrition, he skilfully spread the vines evenly across his terrace. Both the farming and the organic method became a great success. Growing abundantly, the vineyard collectively yields 250 kilos of grapes. He had always wanted to innovate, so this endeavour has made him even more convinced that innovation is the way to grow further in all areas.

The most satisfying moment for him is seeing his fruits blooming on his own terrace, in a cemented jungle. Since he has low land holding, with this technique, he can grow multiple crops at the same time. As he prefers growing plants organically, he believes in composting. He spreads some culture (micro-organisms), which feeds on sugarcane trash (leftover) and converts it into compost. This compost is 100 per cent organic and can be used in everyone’s farm. He and his team plan to spread this technique all over Maharashtra as well as India and are never averse to guiding others.

Is it not true that the Universe guides people on the right path when there is a good intention? This certainly can be seen in the passion of Bhausaheb Kanchan, who has converted his terrace to produce a rich harvest of grapes.