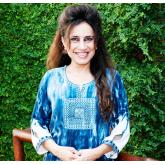 Suzy Singh discusses the ten spears that destroy marriages, compelling partners to cheat on each other

In part one of this two part series I proposed the need to have a more compassionate view towards adultery. I shall now dive deeper into the empathy worthy motivations that cause partners to cheat.

The five spears of womanly errors

There are the five spears that pierce a man's heart, awakening in him the relationship wanderlust and luring him to go astray. These are;

When the female partner repeatedly blames and shames her man, either directly, by taunting or criticising him, or in passive aggressive ways that minimize him, making him feel good for nothing, or utterly useless, the man begins to seek other women around whom he can feel safe and accepted. These friendly interactions usually start out as innocent venting chats with friends, colleagues or acquaintances on dating apps, but can progress quite naturally into romantic dalliances.

When the male partner is made to feel unmanly because he doesn't earn enough, or when he isn't perceived to be as powerful as the woman would like him to be, or if she treats him like a menial worker or handyman whom she can order around, she unintentionally castrates his manhood. Respect is vital in any enduring relationship and in its absence, men can get defiant and agitated, wanting to avenge their humiliation by getting back at their partner and the easiest way is to give his affections to another woman. Never hurt a man's gender image. It can infuriate him enough to test his manhood outside the relationship.

If the man's advances for sex and intimacy are routinely thwarted, or simply not acknowledged, the man will naturally hunt for sexual fodder elsewhere. This doesn't mean that you need to please him in bed, it simply means you need to explore why intimacy is missing and how it can be nourished. The warmth of a woman's welcoming embrace softens the hardness of a man. He needs that tender love to tame his rough edges of worldly aggression and unexpressed emotions. Remember it's more about intimacy than about sex.

When things go downhill at work, a man's morale and self confidence takes a huge hit. If this is accompanied by rejection or devaluation in his intimate relationship, the already vulnerable man gravitates more easily towards other women in whose company he can reclaim his worth. It often starts with light hearted banter and jokes, or if it's more serious, by sharing his woes with the other woman. She then becomes the object of his attention and admiration, because she offers him comfort and emotional acceptance. Deceit is not on his mind, feeling valued is what he is yearning for, and he is easily carried away by the flow of things.

Men who've had a difficult relationship with their mother while growing up, can often end up attracting or marrying women who are mirror images of their mums. As the relationship ages, chinks of the old mother wounds begin to show up in the relationship,causing misunderstandings, disagreements and fights. Everything the man-child couldn't say to his mother, becomes unconsciously directed towards the wife who reminds him of her. Understanding your partner's mother wound is important to tide over these misunderstandings. If you react to his already triggered and reactive behaviour, it will only make things worse. An unhappy man who believes he is misunderstood and unjustly treated will seek a compassionate shoulder to lean on.

Breakdowns in relationships are caused primarily by the dynamics of unmet needs, coupled by a lack of dialogue and heartfelt communication. Like there are spears of womanly errors that wound a man's ego, women are similarly wounded by the reckless swords that men bruise her soft heart, debilitating her fierce loyalty to him. The five reckless man swords are;

Women need to feel seen and heard in their relationships. If they are reduced to being the wall paper that makes the relationship homely and pretty, or if she's merely the arm candy that dresses up her man, without having a say in all decisions, a modern day woman will not model herself on the self sacrificing roles of yesteryears. She will find a way of being seen in other places. She will shine brightly and catch the eye of other suitable boys in her ecosystem. Don't reduce her to the fly on the wall, you may regret your folly.

When a woman is overburdened with multiple responsibilities in her relationship, with little or no room to nurture and pursue her own dreams and passions, her restlessness and despondency can unleash a dangerously wild part of her psyche, that seeks fantasy and adventure. Dreams and domestication must balance each other if the relationship is to breathe. A flower must have room to grow. If you cement off the ground, the flower dies. Women need personal space and the blossoming of their creativity, amidst the frenzy of routines, to flourish in their intimate relationships.

What fires a woman's heart and sexuality is her emotions. When she says, talk to me, she's essentially seeking emotional intimacy. She wants to be complimented, and made to feel desirable and sensuous. She wants to be wooed and honoured, with words, gifts and meaningful conversations. She wants to be touched, gently and lovingly. When these are denied, her emotional river changes course and finds new terrains to nourish. Her soul needs the sun of compliments and the joy of deep discussions. What's life without true bonding, she asks? Talk to your woman, understand what excites and inspires her, encourage her to dream, caress her heart and soul and she'll remain yours forever.

Be it verbal abuse, quiet treatment, physical violence or any action intended to cause hurt, violence shuts down a woman's heart. She may endure you but she will not give you her affections. Her heart is then free to be stolen by others who treat her more equally. She may not have the courage to walk out of the relationship but she won't blink at the opportunity to receive emotional nourishment from another man. In her head she's thinking, you may have my body, but you'll never have my heart or soul. Don't ever push your woman down that road. There's no returning from it.

Women like to be romanced. They never tire of candle lit dinners, roses, chocolates and long drives. They like walking hand in hand and looking into their partner's eyes, hoping to see desire in them. If the relationship is reduced to mere joblists, agendas and daily routines, women start to sense a deep void. If the man is too busy with his career and ambitions, she may start hungering for a tender loving man in her life. A little attention from the wrong man can make her ache for more of it, and therein starts the flame of a romantic Mills and Boon fantasy. It always starts with harmless conversations and before you know it, her dil starts to maange more. Your woman is not yours to own, she's yours to love and cherish. Never lose sight of that.

The above having been said, it is true that some men will chase skirts only for the thrill of it and some women will commit debauchery serially. These I believe are more the exception than the rule. Even in such cases it would be interesting to explore how these people learnt to behave in such ways, for boys become men by imitating their fathers and women by emulating their mother's. Familial values and dysfunctions, social conditioning, patriarchy, media and  misogyny, all shape the adult behaviour of children and perhaps these may incline men and women to infidelity.