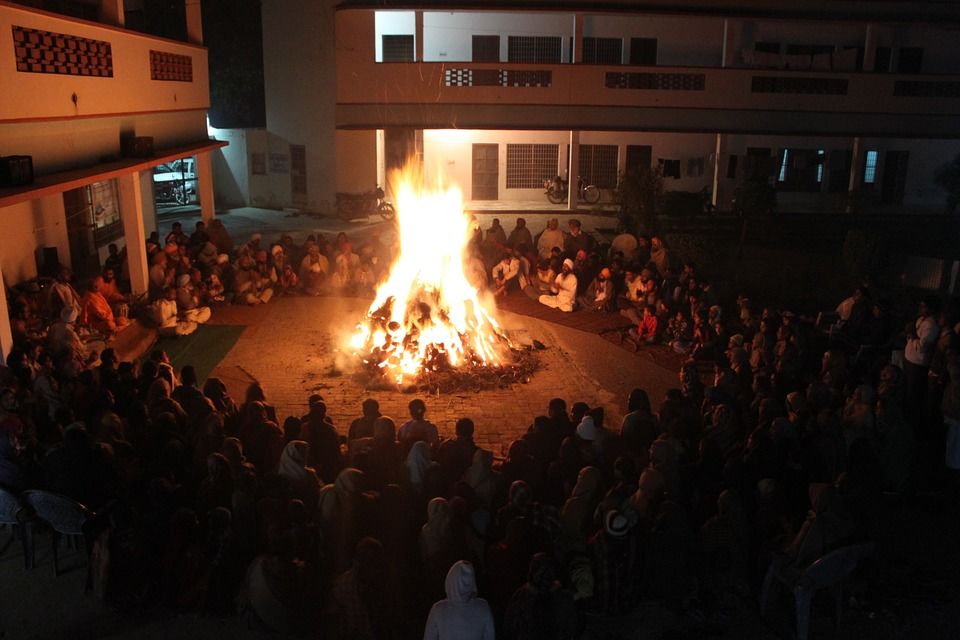 Mahavatar Babaji, a Himalayan mahayogi said to be about 1,800 years old, is the founder of kriya yoga. The world first heard about him courtesy Paramahansa Yogananda’s Autobiography of a Yogi. Today, many cults are growing around his enigmatic persona. Mumbai-based Dr Ram Bhosle claims to have lived with him for six years.

Legend has it that the remote parts of the Himalayas are home to many rishis, tapasvis and siddhayogis—Eternal Masters engaged in singular methods of sadhana or disciplined practice dedicated to cosmic exploration and in guiding the destiny of humanity through the ages. They live in rough-hewn natural caves under glacial conditions. Some have ashrams amidst verdant greenery, located at a vibrational frequency at variance with the ‘normal’ three-dimensional one to keep intruders at bay. Their abode has been verily named Shambala, Gyan Ganj, or Siddha Loka.

In this phantasmagorical world of accomplished yogis, anything is possible. A siddha sadhak (realized master) may simply choose to take the form of an ancient tree to meditate undisturbed for hundreds of years. Others, when they venture beyond the confines of their rarefied sanctuaries, may fly through the air as themselves, or change into swans, geese, eagles, or even into animals, fish and insects. There are many creative ideas for teleportation, with some just travelling on beams of light from one place to another!

Exalted as these beings are, a distinct feature common to all is their complete identification with India and her Vedic heritage. When people attain a certain level in their sadhana, they automatically lose their narrow personal bonds of family, language, caste or province. Then the old terrain of the Motherland takes over, so that it matters not whether it is Kabir, Lahiri Mahasaya, Shirdi Sai Baba or Ramana Maharshi , they all belong to India. And they converse with each other using an argot common to the wandering sadhus (monks).

Thus it is that the venerable heritage of Gorakhnath and Machhindranath is claimed for its own by Garhwal, Konkan, Bundelkhand, Mewar and Coorg, and many a little girl in the remotest village of India is put to sleep to the refrain of ‘Chalo Machhinder, Gorakh Aaya….’

With his lithe and youthful figure, Mahavatar Babaji (whose feats have been reported by Paramahansa Yogananda in his Autobiography of a Yogi) is one such eternal master. He is the man with the 1,800-year-old immortal body. He’s also the founder of kriya yoga, a discipline involving purification of the body-mind organism through breath control techniques to aid longevity and spiritual evolution. ‘Mahavatar’ means ‘great incarnation’. He is also known as Mahakaya Babaji, the word ‘Mahakaya‘ describing his immortal body. In some circles the Hare Khan Baba being referred to sounds suspiciously similar to Mahavatar Baba’s persona.

Babaji comes with sanitized packaging shorn of ash, rudraksha or kumkum tilak. Of course, there have been many Babajis over the decades claiming to be the Mahavatar. There’s a free-for-all on the Internet with the various Babaji Web pages multiplying rapidly to a current count of several thousand. Yet, the Self-Realization Fellowship established by Yogananda in California almost sounds as if it holds patent rights over the ‘Babaji lineage’.

After conquering the West within decades, it’s time for Babaji to return home to capture the interest of Indians who are still obsessed with pot-bellied gurus. A new international group called the Babaji’s Kriya Yoga Order of Acharyas with a base of sorts in Pondicherry recently held kriya yoga seminars in major metropolitan cities across India. The Babaji they’re selling is the same kriya yogi, but he’s now positioned in a new Tamil incarnation as Babaji Nagaraj and never mind that he’s been a permanent resident of the Himalayas for 1,800 years.

A book claiming to present new information about Babaji, written by the Canadian guru and chief of the Kriya Yoga Order, Marshall Govindan, presents startling claims about the Tamil origins of many ancient rishis and siddhas, including Macchindranath and Gorakhnath. Welcome to the club! Tibet too claims them for its own, and the Gorkhas of Nepal and India claim to be the original descendants of Gorakhnath.

The seminar is a casual affair, particularly since the group of two conducting it has no organizational set up. There is very little planning. In two days, you are to learn 144 kriyas or breathing techniques, 18 yogasanas and numerous chants. That’s instant evolution. Devote 20 minutes daily to this and you zip past 50 lives’ worth of karmic atonement and time! Or so claims the venerable lady acharya from California. The 60 participants in Mumbai are administered a battery of short written assignments, duly checked by the acharya, or head, in the course of the seminar. Gleanings of wisdom pepper the proceedings. Participants are told that Sri Aurobindo was close to attaining an immortal body during his lifetime, but for the fact that he did not practice yogasanas.

The acharya presents charts on the macrobiotic diet, the staple no-nos of which are chocolates and meat. All this and more is discussed over a period of two days, inaugurating the advent of yet another New Age cult in India.

Thankfully, there’s a lot more than that to Mahavatar Baba, who never left the shores of India and who’s way beyond the reach of puny intellectual property rights. He’s a patriotic yogi and keeper of ancient faith, whose mission for ages has been to stem the tide of barbaric conquerors overrunning India. He has often changed the course of Indian history, guided by otherwise immortal rishis, working way above insidious parochial divisions.

Babaji’s influence as a guru is said to have prevailed over the ages from Adi Shankaracharya and Kabir to more recent saints like Sai Baba of Shirdi, Gajanan Maharaj of Shegaon and Swami Samartha of Akkalkot. The last three were reportedly firebrand revolutionaries who were given up for dead in the First War of Indian Independence in 1857. It is said that the first was a Muslim, while the other two were Hindus. They escaped to the Himalayas for sanctuary and were later given a spiritual initiation by Babaji. They eventually returned as illumined leaders of humanity.

Babaji mostly works in obscurity, even while serving as a spiritual mentor to scores of masters. He has guided the destiny of India and her people, yet he is perhaps one of the most accessible of siddhayogis to walk in our midst in recent times. Over two millennia, Babaji has continued to nurture hundreds of accomplished disciples.

One such disciple is an ageing healer, Dr Ram Bhosle, who lives and works in Mumbai. He is a world-renowned massage therapist who has treated illustrious patients like Mahatma Gandhi and Pandit Jawaharlal Nehru, among others. He has witnessed almost the entire 20th century, traveling abroad 160 times. A freedom fighter, he had several arrest warrants issued against him by the British during Mahatma Gandhi’s Quit India Movement and was forced to flee to the Himalayas. His escape route cut a long swathe across Maharashtra, Gujarat, Saurashtra, Sindh, Baluchistan, Afghanistan and the Hindu Kush mountains, before he finally reached the Himalayas.

It was there that he chanced upon Mahavatar Babaji. He ended up giving massage to Babaji, the latter offering him safe house initially for three months, and ultimately for a period of nearly six years to-date, spread over the intervening period. Dr Bhosle’s stories throw considerable light on the immortal master.

Once, when the two had taken shelter in a cave for the night, Babaji asked him to go and fetch milk. A fierce snowstorm was raging outside and Dr Bhosle thought the sage had gone mad. But when he gingerly walked a few paces beyond the cave’s entrance, merely out of deference to his host, he was surprised to find a pitcher of fresh milk, still warm to the touch, positioned on a ledge!

On another occasion, Babaji solicitously asked if he wanted a book to read. Unbelieving, Dr Bhosle asked for Bharatmuni’s ancient opus on dance, Natyashastra, which was procured for him. Babaji remarked that deep within the womb of the Himalayas was an unimaginable storehouse of ancient texts. He also revealed that four rooms in that great edifice were entirely devoted to astrology. Babaji also predicted that from 2001 onwards India would gradually return to supremacy in world affairs. Several decades ago, he had also forecast the end of all the political isms of the 20th century.

Like great yogis, Babaji can supposedly materialize, dematerialize and take on any form at will. He may choose to present himself as an old man, an animal or a bird. He once promised a devotee that he would attend a feast at the man’s house, but seemingly did not. When the man later questioned him, Babaji replied: ‘I was there. I was the dog whom you fed the leftovers.’

Babaji can travel anywhere in the universe. When he is too busy to do so, he sends specific instructions to his chosen disciples through birds. He’s taught a chosen few how to discern birdcalls, and it may well be that the pigeon stridently cooing at your window is actually a messenger from the great seer!

The Mahayogi can be stern when the situation so demands, even while displaying a great sense of humor and rare devilry at other times. He once instructed Dr Bhosle to perform underwater meditation at midnight in the sea off the Mumbai coastline to purify his healing energy. Often, Babaji walked by to supervise his disciple’s work, treading on the waves. He would chat for a while, and then walk away nonchalantly.

Babaji sometimes greeted his disciple with an unprintable epithet, as is often the custom in youth subcultures around the world. At one time, the ageing Dr Bhosle reacted with considerable anger, remonstrating that such swear words did not befit his status as a mahayogi. Babaji replied: ‘These words are just creations of grammar.’ Mostly, the language spoken by the Master is incredibly creative, drawing from a fount of inspiring, lyrical Sanskrit words lending themselves beautifully to new improvisations in Hindi.

Interestingly, Babaji’s entourage of enlightened and immortal disciples includes yoginis who are over 600 years old. Babaji conveys the impression that he cherishes individuality and thoughtful dissension, rather than servile obedience.

The sage with the immortal body has walked the length and breadth of India and is inured to the ways of the seemingly berserk lone ascetics that are a law unto themselves. There is no field of knowledge that is beyond him and the transmutation of atoms is simply an entertaining pastime. One day, Babaji took his entourage to a crematorium. There, he picked up a skull and placing some faeces in it, he offered them to his disciples, ordering them to eat. All of them declined, except Dr Bhosle, who gingerly touched it with his tongue. To his amazement, the revolting stuff had transformed into the most delectable dish.

In the 1950s, Babaji had set up an ashram in the Himalayan heights above Badrinath. He eventually closed it down. A true wanderer, he is not to be found in any one place, whether in the Himalayas or elsewhere. Yet he is very much amongst us, in Mumbai or Delhi, as much as he is in Badrikashram. He encourages disciples to strive for their highest destiny. Neither God nor an angel, Babaji is more like the atmik guru, or the inner light.

Dr Bhosle sounds a note of caution—the masters are suprahuman, beyond the frailties of emotion, and they demand total commitment to the chosen path. It is of greatest importance to follow the light with determination, discernment and detachment. The wise doctor concludes: ‘There is no such thing in this world as miracles. Everything happens through science. Only a person who doesn’t understand science calls it a miracle.’