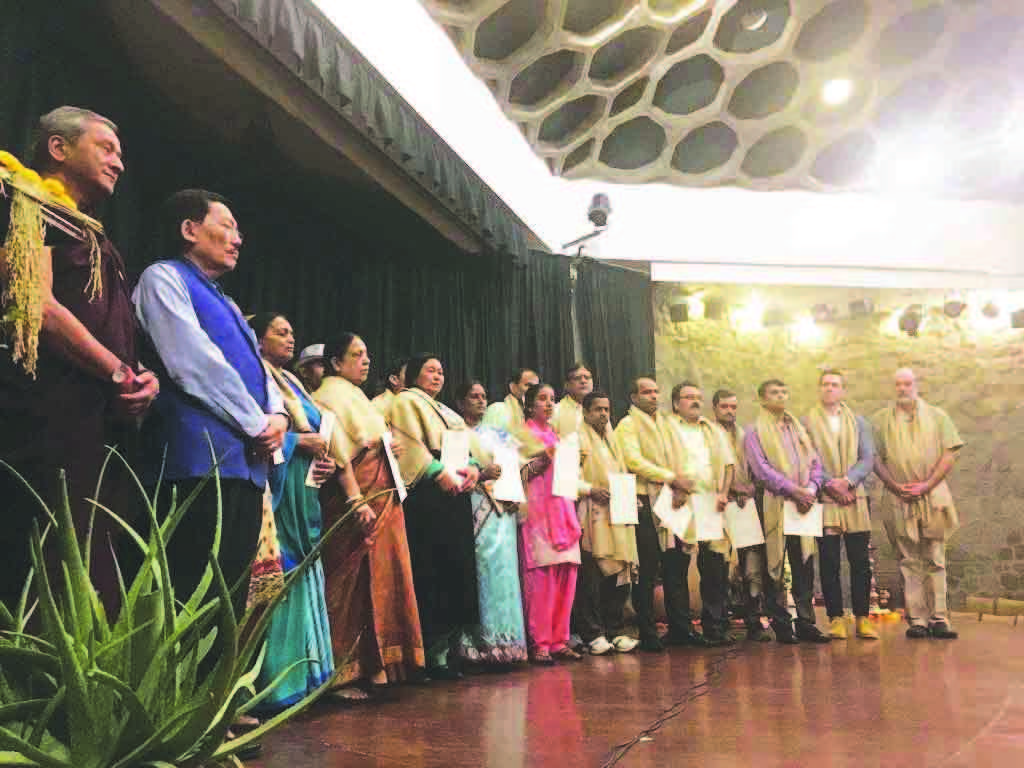 Listening to the mountains

Do we really recognise ecocide? What would it take for us to necessitate the recognition and punishment of this heinous crime, this crime of destroying the earth and the environment?”

Valerie Cabane, renowned French lawyer with specialisation in human rights and Humanitarian Law, raised and addressed these pertinent questions at the 30th annual Bhoomi festival, organised by the Navdanya movement, in collaboration with India International Centre, New Delhi, on October 1, 2017. The theme of this one-day event was 'Listening to the Mountains.'

Almost all over the world, mountains have been considered sacred. At the festival, activities like panel discussions, talks, and presentations were held by global pioneers of mountain ecology conservation. These revolved around the impending need for listening to the cry of the mountains that bear the brunt of climate change. The speakers stressed upon the need for organic farming to stop the spread of poisons that cause diseases and destabilise the climate.

Key speakers at the event were Chief Minister of Sikkim, Pawan Chamling, renowned environmentalist and founder-director of Navdanya, Dr. Vandana Shiva, and President of the International Federation of Organic Agriculture Movement (IFOAM), Andre Leu, among many other global guests.

CM Chamling is a champion of organic farming and is the only political leader in the world whose state has been declared 100 percent organic (2016). Speaking on the occasion, he said, “We, the people of mountains, have a huge responsibility towards our country because the Himalayas are the water source for billions of people. We are facing a great crisis because of the man-made disaster of climate change. We have to change now; we have to stop interfering with nature and remove the poisons from our food and farms. I will play my part in the mission to make the Himalayas 100 percent organic.”

His statement was followed by the announcement of Navdanya Bija community—that has been chemical free for long—joining forces with pesticide free communities in the Alps. Dr Vandana Shiva, on this occasion, said, “Today is a historic moment as people from the Himalayas to the Alps have joined hands to stop the use of poisons in our farms and not allow toxins to pollute our rivers and spread cancer in our societies.”

The oratory was then followed by various cultural performances. Theatre, songs, and films on mountain ecology and organic farming found an apt platform in the festival. UNICEF's Goodwill Ambassador to Nepal, Ani Choying Drolma, who is popularly known as the Singing Nun also performed at the festival.

Where there is a political will, there is definitely a way. If the political leader makes it a personal mission to safeguard the environment, then the day is not far when our earth will regain its lost glory.