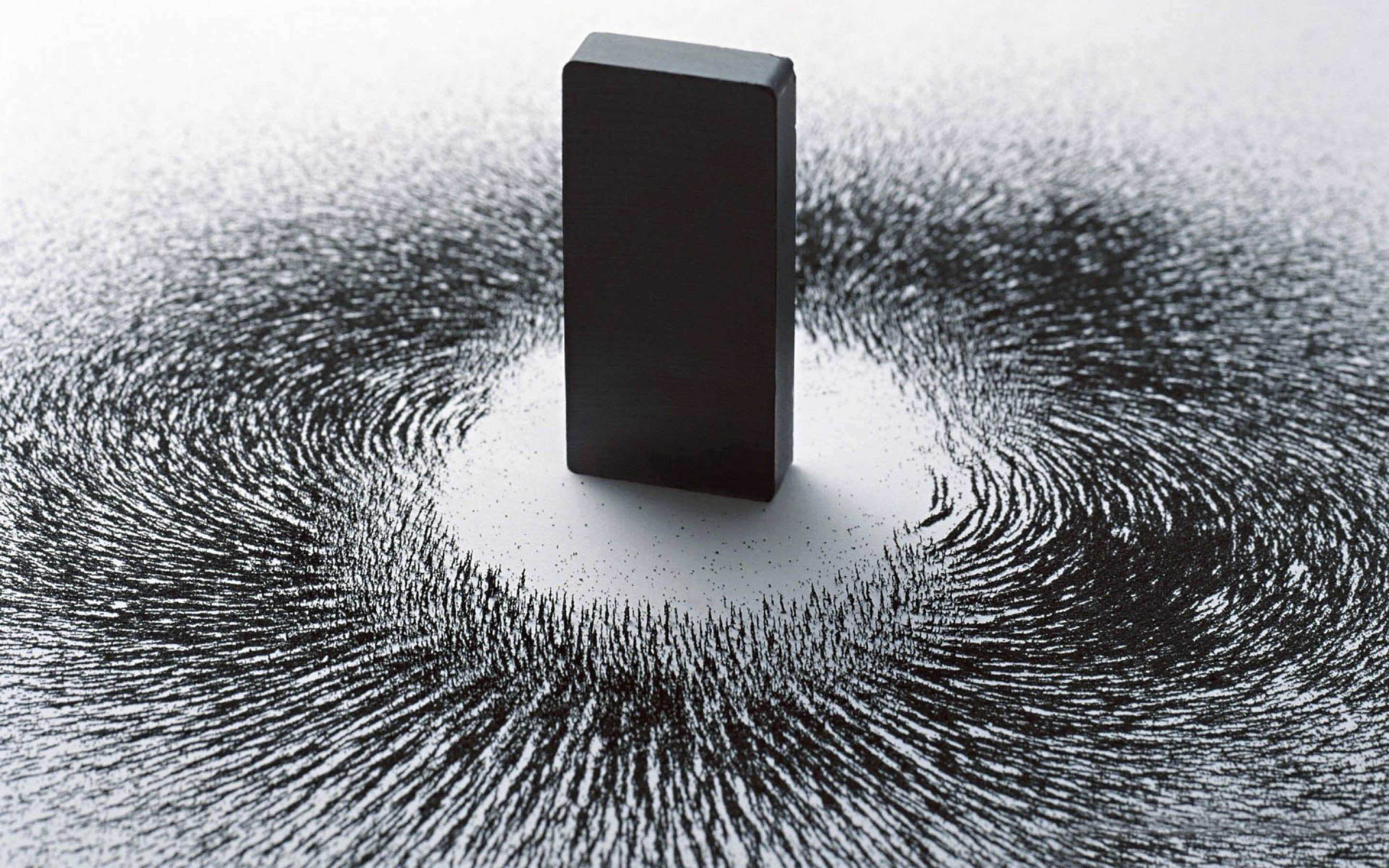 Trust your feelings and toss your GP’s ragtag hoard of mystifying medicines into the trash bin. Instead, welcome the world’s simplest curative implement—the modest magnet with its supernatural healing powers

Sangeeta Bajaj had a frozen shoulder. It was agony. Then the unexpected happened: the offending portion began to thaw at the magnet therapy clinic, where she sits each day for 10 short minutes with her palms pressed on two chrome-plated cast alloy magnets and walks out with equal ease.

There is no hesitation that is habitual to a chronic patient, no expectant surrender to an all-knowing doctor’s abilities; instead, there is the collected pride in being able to help herself. Bajaj has finally shed her chronic patient’s timorous distrust of panaceas, a wariness cultivated over years of being callously bounced around hospitals and clinics. She has also regained a virtue as tangible and medically essential as the cessation of pain—her self-esteem.

This is magnet therapy, a user-friendly curative system that is unobtrusively infiltrating the medical mainstream. The system is self-explanatory: it works on the premise that magnetism binds together all that exists, connecting everything to everything else. This is empirical Einsteinian physics, not wishful thinking for the credulous. In our immediate neighborhood are the celestial magnets, comprising the earth, sun, and moon-reining in one another’s tendency to wander off, helping to keep the space-time fabric of the universe taut. It is our gentle moon that governs the push and pull of the tides, and preserves the all-important equilibrium between ocean and land. At the heart of the matter is the fact that the waxing and waning pull of the moon affects our emotions.

Magnet therapy’s calling card is its utter simplicity. Dr. Jiten Bhatt of Personal Care Systems, one of the pioneers of the system in India who started practicing it over 20 years ago, says about its advantages: ‘One, it is a painkilling system and, two, people are tired of medicines.’

Australia-trained Major General Pramod Anand, a career Army man and an unlikely candidate for conversion, took to magnet therapy to elude impending heart surgery, and now runs Positive Health Clinic in New Delhi, India. ‘It makes economic sense,’ he says. ‘At a time when medicine costs are rocketing sky high, for Rs 2,000 ( about US$ 45) you can buy your own magnets and treat yourself at home.’ Magnets have a full-strength life of five-six years, after which they can be recharged at a nominal cost.

Magnet therapy is often mistaken for a new system but there is broad evidence that it could be as old as prehistory: ancients in all societies were intrigued by ‘lodestones’ (natural magnets). Further, it is an accepted part of mining lore that iron ore miners, vulnerable to unrelenting subterranean magnetism year after year, have always been subject to inexplicable and often unpredictable behavior patterns.

Verses in the Atharva Veda allude to the amelioration of diseases with magnets. Socrates waxed eloquent about the power of magnets. Cleopatra actually wore one on her head to preserve her celebrated charms. And the Chinese, traditionally gifted with more practical acumen than the rest of the world put together, invented the mariner’s the compass and turbocharged the engine of human progress.

Dr. Samuel Hahnemann, the founder of homeopathy, engineered two medicines from the poles of a magnet and in his seminal treatise, the Medica Cura, listed 1,243 symptoms, which could be treated with magnets. The controversial Austrian, Anton Mesmer, the founder of hypnosis (mesmerism) therapy, put magnet therapy to good use and wasn’t afraid of saying so and inviting conservative wrath.

The influence of magnets on the body is remarkably all-inclusive: they affect all systems—circulatory, digestive, nervous, respiratory and urinogenital—and show quick results in all types of pain, swelling, inflammation, ulcers, and diseases of the bowels and the uterus.

Part of the reason for the system’s ready medical acceptance lies in its noninvasive, non-traumatizing simplicity, virtues lost to the Byzantine complexity of modern medicine. At most, all that even a large electromagnet will give you is a mild tingle.

But a mild tingle is a mammoth thing in the subatomic micro-universe. How does the dance of electrons affect something as gross as the human body? Says Dr. R.S. Bansal, who took to magnet therapy in 1971 and founded the Indian Institute of Magnetotherapy with his father, Dr H.L. Bansal, in Delhi in 1981: ‘Magnets ionize the blood by influencing the iron contained in hemoglobin. The ionized blood starts moving more freely, avoiding blockages, clotting, and deposits of calcium and cholesterol. The effect of magnetism reaches every part of the body through the flow of blood, so pain and swelling are reduced. As a result, the heart eases and blood pressure becomes regular.’

The north pole of a magnet is said to kill germs and also immobilize malignant bacteria. It is best applied to boils, eczema and skin rash. Sangeeta Jawa, passing through an age when a pimple assumes volcanic proportions, was so embarrassed by facial eczema that the mere thought of going to school invited trauma. Today, her face is squeaky clean, thanks to treatment with magnets.

The south pole, on its part, generates heat and energy, eradicating pain swelling. Says Brigadier Yash Pal Dev, 71: ‘After being operated upon for thromboflavitis, a pain started in my knee. I could barely walk. Now, about 10 sittings later, I can walk with ease.’ Take the case of Renu Khanna, a practicing lawyer: she suffers from myasthenia gravis, a rare, neuromuscular disease that causes a numbing weakness, and was bedridden for two years. ‘Doctors could not even diagnose it in India. They identified it in the USA, but had no treatments to offer. Then I chanced on Dr. Bansal ‘s book, Magnetic Cure for Common Diseases.’ Sure enough, five months into the treatment and she is leading a normal life. Treatment now is only to pre-empt remission.

Magnetic treatment is of two kinds, local and general, depending on whether the disease is localized or all-inclusive. The palms or the soles of the feet are placed on two magnets with different poles and the patient is exposed to them for 10 minutes a day, preferably in the morning before breakfast. Chronic cases take half-an-hour a day. The precautions are cursory: no ingestion of anything cold an hour after treatment, no bathing for two hours after. Strong magnets should not be applied to pregnant women and to the heart and the brain.

The only internal aspect of magnet therapy was discovered by chance when Russian scientists, trying to slough off rock-hard salt deposits in pipes, poured magnetized water, as it were, down the drain. To their amazement, the deposits dissolved immediately. Subsequent research on the human anatomy revealed that magnetized water reduces acidity and bile in the digestive system and regulates the movement of the bowels.

Says Dr. Bansal: ‘One glass of water should be kept over the north pole of a magnet and the other over the south pole for 12-24 hours, Then they should be mixed and drunk. If the patient drinks half-a-cup before meals, all ailments related to the stomach can be taken care of-and in India, most ailments are related to the stomach.’ Magnetized water also increases appetite and improves digestion. As a preventive potion, it works like a charm. For regular use, water magnetized for about 4-6 hours is the optimum.

Another reason for magnet therapy’s growing popularity is that there is no paucity of therapists and teachers. Dr. Jiten Bhatt has not only treated over 100,000 patients to date but has also taught the system to 25,000 students. Dr. Bansal’s institute has 1,500 students from India and abroad.

And you know that you have arrived when medical instruments turn into virtual fashion statements—a trend started by Japanese gizmo designers and copied the world over.

A magnet can also be used without looking like an awkward prosthesis—a hearing aid, or worse still, a crutch. You can go jogging wearing a magnetic headband (‘improve your memory on the run’); you can grace parties wearing magnetic necklaces made of silver and gunmetal in India, and gold in Australia—these chokers treat bronchitis and protect against an asthmatic attack. Magnetic earrings and pendants guard against an under-active thyroid. Magnetic goggles are handsome add-ons that double as cures for conjunctivitis and glaucoma, and help reduce visual defects. If you are a pretty spinster and insistent suitors are raising your BP, a magnetic ring will work like magic-ridding you of both. And magnets as gifts allow you to be idiosyncratic without being over-the-top.

There is, of course, a catch to magnet therapy: outside of orthopedics, it is an unpredictable, sporadic success. It is still a system of the last resort: its patients are most often refugees from other therapies. Says Major General Anand: ‘Often chronic cases come to us after having tried all other systems and expect quick relief.’

And magnets are not always easily available. Says Meera Davar, a well-known magnet therapist in Gwalior, central India: ‘Since the products are not available easily in Gwalior, people depend on the exhibitions which magnet therapy equipment manufacturers from Mumbai or Ahmedabad hold off and on.’

What is also missing is rigor and research. Says Major General Anand: ‘Practitioners here lack a scientific system of analysis. We don’t document our cases, which is absolutely necessary for research.’

So what is missing from this therapy is not magnetic appeal but the kind of scientific zealotry that attracts both funding and practitioners. For only then will it succeed in breaking the stranglehold of modern pill popping and needle-jabbing medicine.