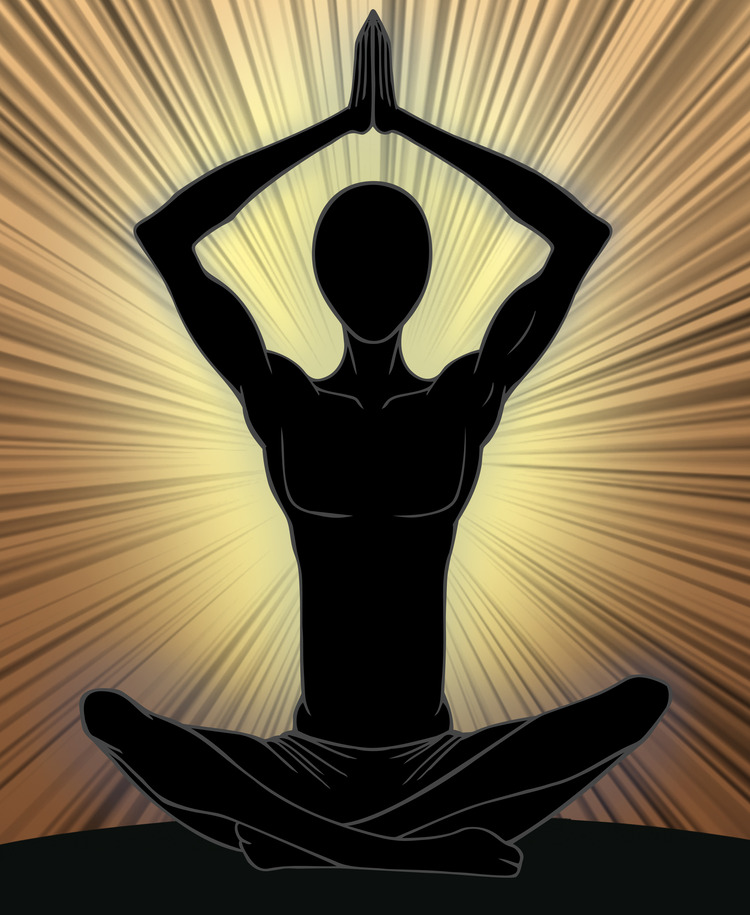 Vanisha Uppal, a disciple of Kriya Yoga Master Per H Wibe, shares how an unplanned trip to Rishikesh led her to meet her guru

n 2010, I had an intense desire to read the Bhagavad Gita. Even after reading it a couple of times, I realised that somehow, somewhere, I was missing the point, so I read it again and again, and each time, discovered new insights. I felt Lord Krishna was sending me a message hidden behind literal words. It was difficult to understand but one thing I knew - I must follow my heart.

Destiny had a plan for me and I was ready and open to receive it. My grandmother passed away and her death became a turning point in my life. I ended up visiting Haridwar with my family to disperse her ashes in the river Ganga. After completing the rituals, we decided to go to Rishikesh, to a known ashram near Triveni ghat. After spending two peaceful days, on the third and last day of our trip, my father, sister and I, went to Triveni ghat early in the morning. The view of the Ganga and ghat was striking. I did not want to leave and my sister had to drag me back.

On returning to Delhi, I had recurring dreams connected to the river and its waters. Something within was drawing me to it and one fine day, I just packed my bag and took a night bus to Haridwar. I reached just before dawn while it was still dark and took an auto to Triveni ghat, planning to stay there for the next three days. The entire first day, I sat on the bank of the river Ganga doing nothing, watching the water flow, taking an occasional dip in the river and eating very little. The view of the Ganga gave me immense happiness until the next afternoon, when I found myself feeling morose. I decided to take a stroll on the banks and while walking, asked God, “Why am I here and how do I reach out to you?” Almost instantly, I got my answer and it seemed to come from within me, “Reach the state of non-duality.” I asked again, “Tell me the way to reach to non-duality.” I kept waiting but got no reply.

In the evening, out of the blue, I desired to buy my birth stone. I remember having seen many gem shops near Laxman Jhula on a childhood trip to Rishikesh. The next morning, I took an auto to Laxman Jhula and got down right in front of Kriya Yoga Ashram’s gate. I went to the closest gem shop and bought my birth stone. Around the same time, I got a phone call from a friend who casually mentioned Kriya Yoga sessions in Rishikesh. Since I was in Rishikesh anyway, I decided to look for them. I made a long, tiring journey on foot, down the mountain and around the Ganga to the other end of Ram Jhula. I stopped by at Shivananda Ashram to ask if there was a Kriya Yoga learning centre nearby, and to my surprise, they told me that I had come right from where the Ashram was! How silly of me that I didn’t notice it! Mystically, my starting point had been my destination but I had had to make a whole journey to realise this. (Isn’t it true about man’s journey to self-realisation too?) It did not take me long to decide that I would come back the following month for the Kriya retreat, which would be conducted by Master Per. Though I had not read anything about this Master, I was extremely happy to enrol for the retreat.

It was 6th September, 2014 when I saw Master Per for the first time at the retreat. I still remember his deep blue eyes, humble nature, and tall persona. He was very different from the conventional, traditional sadhus and didn’t exhibit any external signs like saffron robe, a beard, or even an arrogant attitude of being learned and enlightened. He made everyone feel comfortable, like a friend, and treated everyone equally. Instead of sharing just theoretical knowledge, he inspired us to practice the teachings and discover through our own experiences during the retreat. I was amazed at how someone could teach others ‘to meet one’s true self’, one of the most difficult lessons in life, in such a simple manner. I now realise that only the one who knows a subject deeply can teach others well and make it easy for them to understand.

During the retreat, before every session, I would close my eyes with a magical view of the Master, sitting on a chair with a white shawl on his legs. I also willingly maintained maximum outer silence during the first two residential retreats that I attended. I would observe the master coming out of his room and going for his walks. One day, it so happened that I was sitting in a room on the first floor. The room had a glass door, which was closed so that one could only see from the inside and not the other way round. I saw the master come out of his room. He slipped his feet into his shoes and glanced at the glass door. It was as if something was drawing him toward where I was sitting. He hesitantly took a step and then another. I was watching him the whole time and wondered if he would come to me or just turn around and go for his walk. I had come a long way in search of him and hoped he would find me. Eventually, he did and we were elated to meet each other. We spoke for about ten minutes during which I asked him some questions and he answered me. Inspired by his presence and personality, I even wrote a poem.

After the retreat, I went back home assured that Kriya Yoga is meant for me. I resolved to join Master Per whenever he would come to India for a retreat. I practiced sincerely and during a meditation session, connected with him; I remember feeling his presence strongly.

Master Per has lived his whole life handling duality in the most beautiful way. He does it effortlessly unlike us who need to make a tremendous effort to attain silence and sustain it. Managing to hold on to our inner silence is a challenge and we easily slide back to restlessness and duality. Master Per says, “More silence inside improves everything in life.” He has the ability to catalyse one’s progress and give one the experience of the beyond. He taught me how to breathe and live like I have never done before.

(A poem by Vanisha Uppal written for Master Per)

A glowing face of moon in the dark night

Just looking at him, all my doubts are gone

All questions are answered in his silence alone

He knows everything, how can one hide,

His silent presence is greater than million words,

He knows how and when to guide

He spends long hours in bringing down the light,

Just to give our soul a greater height

The words he utters are so very pure,

We have to be receptive to get it right,

His love is infinite and selfless; he doesn’t hold anyone so tight

What if he is physically apart, that does not make him too far,

He is in my heart; I can feel him and see him beside.

Vanisha Uppal has been a disciple of Kriya Yoga Master Per H Wibe, for the last four years. She organises retreats for him in Ramgarh, Delhi and Goa