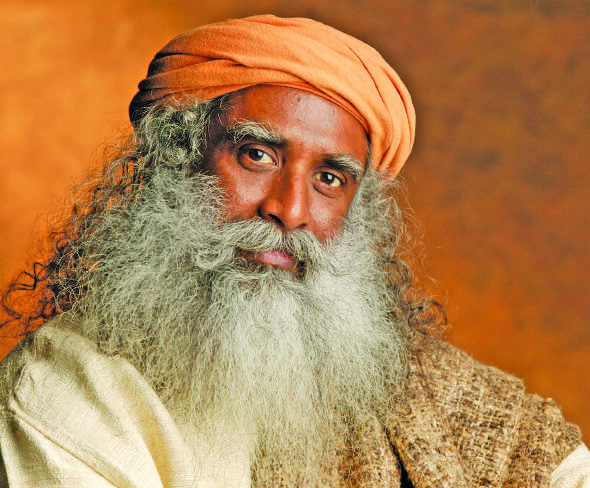 Memories of Mysore
Ranked amongst the 50 most influential people in India, Sadhguru, Sri Jaggi Vasudev is a yogi, mystic visionary and bestselling author. Sadhguru was conferred the “Padma Vibhushan”, India’s highest annual civilian award, by the Government of India in 2017, for exceptional and distinguished service. In this article, Sadhguru describes the deep bond and intense involvement he has with Mysore, the city where he was born and grew up and how it is associated with his enlightenment

I know Mysore like the back of my hand – every street, every tree, every building, everything. At one time I knew every street in Mysore, including the service lanes. Now things have changed a bit, but I made it my business to know the whole terrain around the city. I cycled every mud track around Mysore city, within a twenty-five kilometer range. At that time I prided myself in knowing Mysore like very few people knew it.

Childhood enterprise
My enterprise started when I was eight years of age. Because of a strange kind of pride in me, I never took a single rupee of pocket money from my parents. I started making money when I was six or seven years of age and by eight, I was quite an accomplished entrepreneur. Even today I am known in Mysore because I caught snakes in everyone’s houses.

Mysore University Library
When I went to school, passing examinations was never a problem for me. I just got across, but the education they were imparting did not matter to me. I was not interested in education, so when I passed my pre-university courses, I declared that I was not going to college. My father was a prominent doctor, so he wanted me to study medicine. I refused, saying that I would not go to college that year and I would educate myself.

I spent most of that year in the Mysore University Library. Every morning, before the library doors opened, I would be there. When it closed at eight o’clock in the evening, I was the last one to get out. I would pick up any book that I fancied and read. From anything to everything, from geography, history, literature, popular mechanics to philosophy, I simply read just about anything that came my way. I think most of the reading that I have done in my life, I did in that one year.

Mysore – A different kind of bond
Mysore does not bring an emotional or sentimental response within me, as normally happens to people when they look at their place of birth and growth. But I have a very deep bonding with that place simply because I spent a large part of my period of growing up there. It is just the level of involvement I had with the land, with the trees, with the mountain, and with everything around. Though many things have changed in the last 30 years, I can still see so many places where I walked and how deeply I looked at them, and the billion questions that I asked at a billion different places in Mysore. It forms a bond which is not emotional or sentimental, but of a very different kind which brought me to a certain level of quest within myself. For me, Mysore means a billion questions and at the same time, an incredible answer too.

At a time in my life when I was fully engrossed in a variety of business activity, something fantastic happened to me. I remember the date exactly: it was the 23rd of September, 1982. From that day, I was never the same person again.

On that afternoon, I had a little time to spare between two business meetings, so I rode up Chamundi Hills. I parked my vehicle, went to a particular rock – a huge rock which was my usual place – and sat there with my eyes open. After a few minutes, I didn’t know where I was.

Until that moment, like most people, I had always believed that this body is “me” and that is “somebody else.” Suddenly, in a few minutes, I did not know which is “me” and which is “not me.” What was “me” was just everywhere. The very rock I was sitting on, the air that I was breathing, the atmosphere around me – everything had just become me.

Whatever I say about it, it will sound stupid and insane. I thought I was in that condition for about 10–15 minutes, but when I came back to my so-called normal condition, it was 7:30 pm – four and a half hours had passed. The sun had set. My eyes were open, I was fully conscious, but time just flipped. And now for the first time in my adult life, I had tears flowing. I was somebody who was so ashamed of tears that from the age of eight, I had never allowed a single teardrop to come out of my eyes; I lived like that. But now, suddenly tears were flowing to a point where my shirt became wet.

I have always been peaceful and happy – that has never been an issue. When everything works the way you want it, what is the problem? But right then, every cell in my body was bursting with a new indescribable level of ecstasy. I had no word for this, I did not know what to say; I did not know what was happening with me. When I asked myself, “What could be happening with me?” the only thing that my trained, logical mind could say was, “Maybe you’re going off your rocker.” When I shared what was happening with the closest of my friends, they only asked, “Did you drink something? Did you take some drug?” This is all they could ask me. I knew there was no point talking about it, because I could not relate it to anybody around me. Something phenomenal was happening within me.

It took a little bit of time, almost a year and a half, for me to come to terms with the magnitude of what was happening within me. During this time, I went through a whole change physiologically. People could clearly see the difference. My whole body dramatically changed its shape and form. My voice had changed, the shape of my eyes had changed; if you see photos of me during that time, you can clearly see that something in the body had changed dramatically.

I knew I had to do something, but I did not know what. All I knew was the blissfulness that was simply bursting within me, and I knew it could happen in every human being. Every human being has the same inner ingredient but it was not happening to them. So I thought the best thing to do was to somehow rub off this experience on them. I started looking for ways to do that.

The first programme I ever taught started off as a four-day, two-hour programme. By the second day, it went into five, six hours. Third day, the same thing happened. On the fourth day, they said, “This is very good. Let’s extend it by two days.” So, it became a six-day programme.

Since then, there has been no looking back. Millions of people have gone through our programmes and millions of lives have changed because of it. Today, I can proudly say that in homes and marketplaces alike, we have created people whose vision and experience of life is rooted in the harmony and unboundedness of life rather than in any narrow perception of the limited.