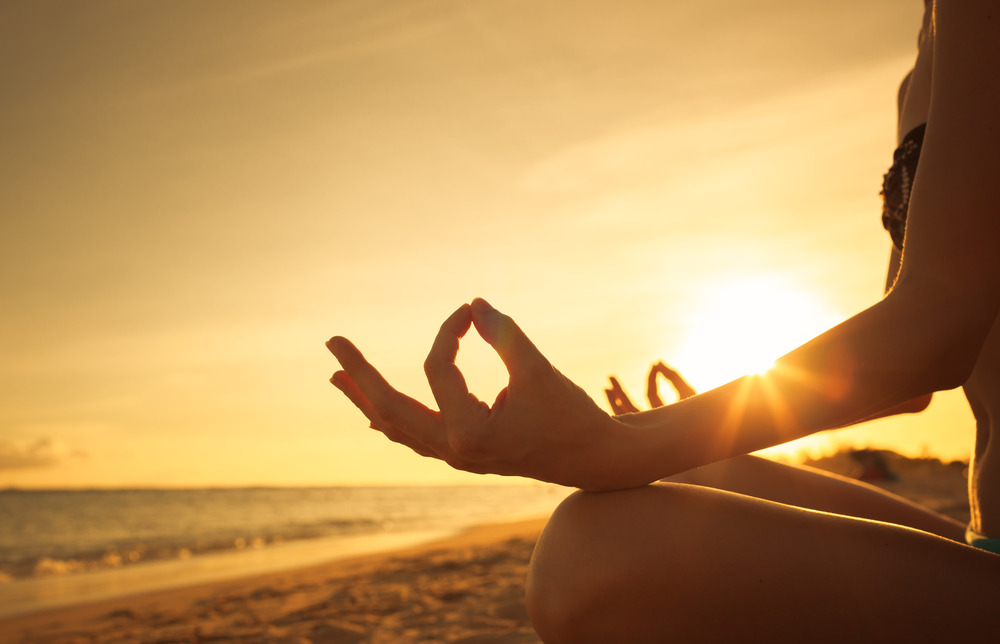 Norway based Shuchi Agni, 54, got her gallbladder removed just a year ago. A mishap took place during the surgery, resulting in some nerve damage which rendered her unable to pass urine. "The doctors advised that I get a catheter inserted to empty my bladder but my fear of contracting infection through it made me refuse it. I was miserable as I would frequently have the urge to pass urine,” shares Shuchi. She tried many avenues of healing this problem but didn’t receive the desired result. She was ultimately guided to Mumbai based mudra therapy practitioner, Abhaykumar Prashant Shah.“ I messaged Mr Abhaykumar at two o’clock in the night and he told me to continuously do apana mudra. In it, the tips of middle finger and ring finger touch the tip of thumb while the other two fingers are stretched out. This helps in detoxification and metabolism by flushing toxins out of the body. I practiced it for four hours in the hospital, lying in bed. It was at seven in the morning when I was able to pass urine without any difficulty,” she says, adding, “It was a miracle!”

And so was it for Abhaykumar himself. In 1998, he suffered from severe back pain, and after investigation, it was revealed that he was going through a compression of spinal cord. The doctors recommended him surgery. “I desperately looked for some alternative method of healing, as at 32, I was not prepared to undergo a surgery,” he shares. In his quest, he came across acupressure. A very keen and avid reader, he began reading about the modality and started attending corresponding courses and workshops. He met various acupressure experts like Pune based ISRO scientist C R Desai, Bangalore based Dr Bhojraj and Mumbai based Ketan Shah. His dedicated practice of acupressure enabled him to heal himself without the surgery. “It was phenomenal, to know that ailments can be cured without the use of medicines,” he beams. This success story invoked within him a deep faith in alternative methods of healing. He then started offering his services to people at large, attending patients twice a day since the last 10 years.

He soon got introduced to mudra therapy and dived headlong into it. “At that time, I was gifted a book on mudras by my elder cousin that I consider to be Godsend,” he recalls. Everything in his life fell into place after that incident. He began his experiments with mudras initially on himself and later on his family members. The outcome was admirable and led him to conclude that mudras were easier to practice; one could simply learn the science or consult someone who knew the science and practice mudras independently. “Mudras are authentically Indian and most importantly they are simple and easy to use; anybody can learn them,” he says.

Our whole body as well as the entire universe is made up of five elements, namely water, earth, space, air and fire. “If these five elements are in correct balance within our body, the body remains healthy but if there is an imbalance, we get affected,” says Abhaykumar, adding, “All the prevalent diseases are due to flaws in lifestyle; a small change in lifestyle can bring significant results.”

According to him, human beings absorb cosmic energy from the universe through fingertips and earlobes which work as antennas. Mudras enable us to redirect the lost energy in our bodies. They work as switches; when plugged together, they complete the circuit and enable the passage of current.

Lucknow based Naveen Saxena had a severe fungal ear infection because of which he was losing his hearing ability. The doctors advised him to undergo surgery to remove the fungus and implant artificial bones in his ears. “Naveen got in touch with me and I suggested he practice shunya-vaayu mudra, praan mudra, udaan mudra and surya mudra,” says Abhaykumar. Shunya vaayu mudra is a combination of shunya mudra and vaayu mudra; shunya mudra works on the ear and vaayu mudra helps to remove any air blocks, in this case, in the ear. Praan mudra boosts the result of any mudra. Udaan mudra heals the part from the throat to the brain and surya mudra kills any form of infection, in this case, fungal. “In four days, Naveen was 80 percent healed and after 15 days, he even got his hearing ability back,” says Abhaykumar. Naveen continues to practice mudras on a daily basis and says, “It’s been ten months since I recovered from the infection and I haven’t faced any health issues so far.”

Delving on various mudras, he elaborates upon few significant ones like the shankh mudra. “In this mudra, one forms the shape of a conch or the shankh which increases vibrations in his sensory nerves which in turn strengthen his throat and lungs, and help in curing genetic problems. All the ailments related to the said organs get cured through shankh mudra,” he informs. According to him, apana mudra doesn’t only significantly work for detoxification and metabolism but also for increasing love and affection in the family. “I make sure everyone in my family, when sitting idle, performs this mudra,” he says.

Mudras in the modern context

According to Abhaykumar, all the present knowledge about mudras was passed on verbally to pupils by gurus and suffered changes much like the game of ‘Chinese whispers’. “I might be having the largest collection of mudras available to an individual. Out of some thousand mudras, I have discovered around four hundred myself,” he says. He is in the process of writing a book on mudras to preserve this knowledge, which is due for release sometime next year. The book will be more like an encyclopedia on mudras.

“I am a modern man. I keep my faith in science. I want to spread this miraculous mudra therapy amidst people to break the myth that it is superstitious to believe in mudras and reinforce its scientific nature,” he adds.

Well, health is literally speeding to be on our fingertips!

Zahabiya Ali lives in Mumbai and is currently pursuing a degree in journalism. An art and travel enthusiast, she enjoys embarking on new writing and life adventures