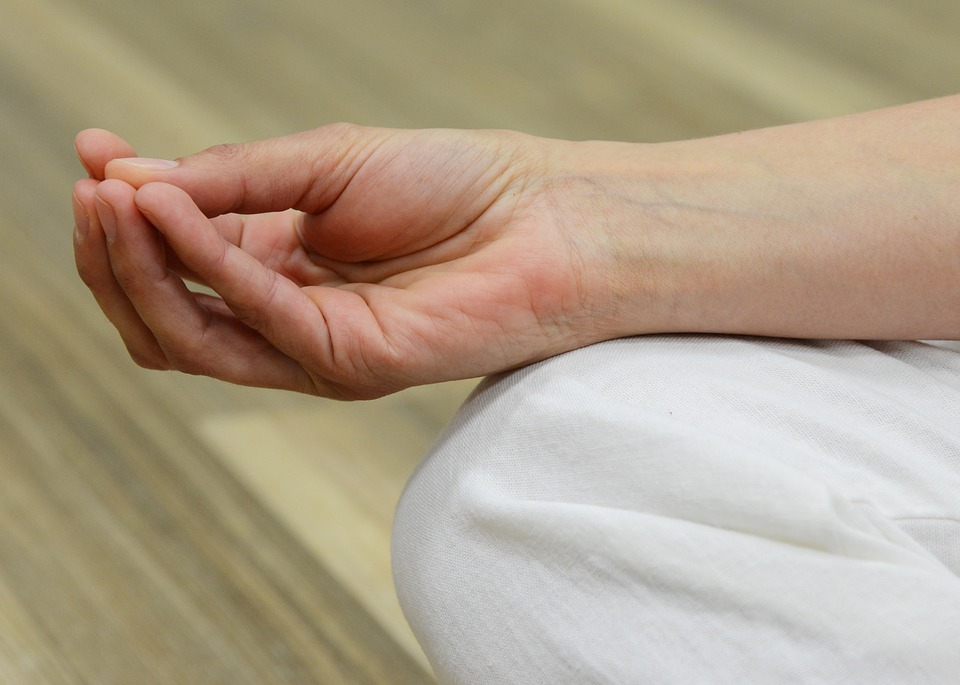 Indian classical dancers fold their fingers in various mudras. At Khajuraho, or even in the murals of Ajanta, figurines are almost invariably depicted with fingers in a mudra. It is little known, however, that mudra vigyan is Tatva Yoga—an essential aspect of yoga. And, believes Acharya Keshav Dev, these mudras can help cure many diseases

In a teeming trans-Yamuna locality of Delhi, India, lies the Vivekanand Yogashram. Its director Acharya Keshav Dev is a lean man in his sixties. His eyes are perpetually half-closed but you can scarcely suspect indolence, rather it seems as if he is seeking something within. He discourses on the mysteries of the universe or holds forth on the virtues of ancient science with evident relish. In awe of nature, he believes man to be its supreme creation.

In a teeming trans-Yamuna locality of Delhi, India lies the Vivekanand Yogashram. Its director Acharya Keshav Dev is a lean man in his sixties. His eyes are perpetually half-closed but you can scarcely suspect indolence, rather it seems as if he is seeking something within. He discourses on the mysteries of the universe or holds forth on the virtues of ancient science with evident relish. In awe of nature, he believes the man to be its supreme creation.

The Acharya has spent years studying the ancient systems of astrology, numerology, music, and grammar. He asserts that the sciences of yore got coated with sugar down the years. ‘The ancients believed there were 24 diagnostic elements, is it a coincidence that the Gayatri mantra has 24 words, the Jains have 24 Tirthankaras, Sanatan Dharma has 24 avatars,’ he asks.

One of his favorite subjects is the science of mudras. Emphasizing on hasta mudras (hand postures), the Acharya says there is a tremendous flow of energy in our hands and each finger represents one of the five elements—the thumb is Agni (fire), the forefinger is Vayu (air), the middle finger is Akash (ether), the ring finger is Prithvi (earth) and the little finger is Jal (water).

‘The roots of all diseases lie in an imbalance of one of the five elements and can be corrected with medicines, willpower, and mudras,’ he says. The Gayatri mantra also confirms the worth of mudras with a grim qualifier:

Eta mudra an janati Gayatri nishfala bhavat (he who knows not the mudras will not benefit from Gayatri).

The mantra lists 24 mudras, while an unknown number lies in the many forms of yoga. Acharya Keshav Dev has, however, evolved some of his own mudras, which help control, many of the diseases that afflict us today.

‘Often you might have been rebuked by your mother for twiddling your fingers or dangling your legs. This is considered inauspicious because it involves a waste of prana or the vital energy within us,’ he explains. ‘An excess of wastage can even lead to brain damage; mudra Vigyan taps this energy to heal the individual. The science of mudras is one of the finest gifts of yoga to the cause of human welfare,’ he adds.

Born in 1931, to the president of the local bar council in Meerut, India, Keshav Dev’s house was full of religious literature. During the turmoil of Partition, he wandered away from home and began rigorous ascetic practices, living on fruit juices for six months. He discovered the magic of mudras when he had an earache. His guru suggested a mudra that, however, proved ineffective, but it led him to configure his fingers in new ways. One of the shapes, which he later christened Shunya Mudra, cured him completely and enhanced his aural faculty to such an extent that he seems to have heard his inner voice too and has not ceased trying out new shapes since.

His mission in life now is simply to help as many as possible by retrieving the lost discoveries of ancient science. These mudras are for everyone. They can be practiced for half-an-hour daily. It is advisable to sit cross-legged on your bed or on the floor while doing a mudra, but the Acharya assures that it won’t be ineffective if you do not follow this posture. You could even go for a stroll, with your hands casually tucked in your pockets, fingers folded in a particular mudra.

Mudras never generate an excess of energy, they simply seek an optimal balancing of prana, much like a thermostat. So next time you are ailing, remember it may just be an instance of maladjusted prana and an innocuous sleight of hand could be the cure.

The thumb and the index finger are brought together in gentle contact, not pressing hard, while all other fingers are kept upright. This is the mudra most people are familiar with.

It cures insomnia and mental disorders and dissipates tension, depression, and drowsiness. This is a must for those who aspire to develop telepathy or wish to acquire extrasensory abilities.

Fold the forefinger down and touch the mound of the thumb. The little finger should be held erect.

It regulates complications of the heart. In a severe heart attack, if administered as a first aid measure within the first two seconds, it provides instant relief.

Touch the points of the little finger and the ring finger to the tip of the thumb lightly.

This is a life-giving mudra, it energizes the body and improves its vitality.

It helps to improve eyesight. A must for those who feel nervous, tired, and weak.

This controls rheumatic inflammation and sharpens your intellect.

It provides relief in urinary problems and eases difficulty in labor and delivery. It facilitates the discharge of waste matter from the body and purifies the system.

Join both the palms and lock the facing fingers together, keeping one thumb upright. The upright thumb must be encircled by the other thumb and the index finger.

Makes the body resistant to colds, coughs, and chest infections by generating heat in the body, and destroying accumulated phlegm in the chest.

It helps in weight reduction too but has to be practiced with restraint.

The intake of at least eight glasses of water, and butter and ghee (clarified butter) as cooling agents in sufficient quantities is a must.

Due to the heat it generates, it may not be possible to practice this mudra with as much ease and flexibility as the other mudras. It might prove to tax and result in a feeling of lethargy.

Bring the middle finger down to touch the palm and bring the padding of the thumb on top of it, keeping the other fingers straight up.

This mudra is ideal for ailments of the ear, and also helps those of the nose and the throat.

Even five minutes of this mudra will help an earache.

Regular practice ensures an optimum level of water in the body and heals all ailments connected with dehydration.