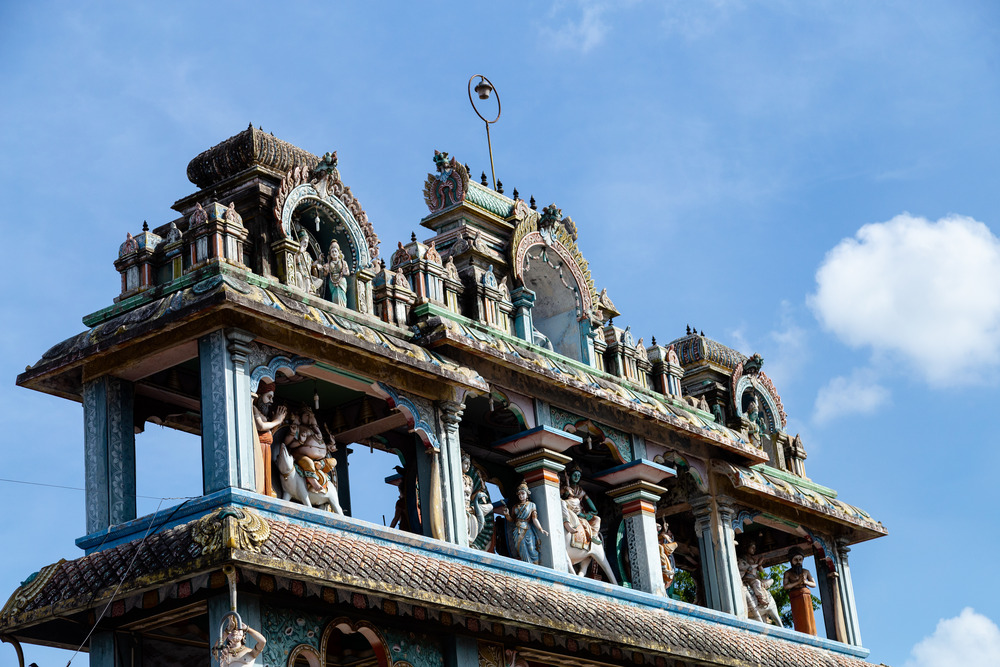 Rashme Sehgal describes a museum in Germany that houses the relics of Indian saints, collected by its head, Swami Vishwananda. A treat indeed for ardent seekers!

Located in the beautiful German countryside of Springen is a rare museum devoted to Indian saints. Most of these thousand saints whose relics are displayed in the museum are little known outside India. Swami Vishwananda, heading the Bhakti Marga museum, has painstakingly collected their relics, whether they be objects of their day-to-day use or prayer, and displayed them along with photographs and a short biographical sketch, to provide western devotees an insight into their extraordinary lives.

“Everything that a saint has touched or used is infused with the energy of the saint, and it does not diminish with time. A saint is an individual who has transcended material reality. Everything he holds or uses becomes divine,” explains Swami Vishwananda, who has spent several years putting this collection together.

“Indian saints have given a rich culture to the world. Hindu traditions are based on knowledge given to us by our saints. The richness in our lives comes from them. Sadly, little is known about their lives. When a saint passes away, their relics are often not kept properly,’ says Swami Vishwananda.

An example of this is when Sant Gyaneshwar appeared to Sant Eknath in a dream informing him that the root of an anjana tree was choking him and that he should remove it. Sant Eknath spent two weeks searching for his samadhi shrine. When he finally located the shrine in Alandi, overrun with thick vegetation, he lovingly removed the root of the anjana tree with his hands.

Swami Vishwananda has made several trips to Alandi where the anjana tree grows to this day. Bark from this tree has been displayed in the museum along with a painting of the saint.

Swami Nityananda, one of the greatest saints of the twentieth century, was born in Kerala. He moved to the village of Ganeshpuri in Maharashtra around 1936 and spent the rest of his life there devoting himself to the upliftment of the villagers. Along with his photograph and brief biographical sketch, the museum displays the last asana (seat) Bhagwan Nityananda sat on before he took samadhi (left the body) in August 1961.

“Our culture is so rich. We have a saint in every street,’ says Swami Vishwananda with a great sense of pride.

Sri Ramanuja Acharya was born in the village of Perumbudur, about twenty-five miles west of Chennai. As he grew up, he was deeply moved by the devotion of the Alvar poet-saints and devoted his life to God. As is the practice with several Indian saints, the body of Ramanuja Acharya is preserved in the Sri Ranganathaswamy temple in Srirangam since the time of his death in 1137 AD. Sandalwood paste and saffron are used to preserve the body without the use of chemicals. At the Bhakti Marga museum, the dhoti used to wrap the body of Ramanuja Acharya has been displayed, along with an original painting of him.

Women saints enjoy equal prominence. A brief biography of Mira Bai is complemented by a beautiful painting of her playing the tanpura. There is an interesting story of how Swami Vishwananda was given the Girdhari murti (idol) worshipped by Mira Bai from her childhood. Some years ago, Swami Vishwananda was travelling with a group of devotees when he stopped outside the Brij Nath temple in Nurpur Fort near Kangra in Himachal Pradesh. The priest of the temple, Srinivas Acharya, came outside and handed him the murti with the words “I have been waiting to give this to you.”

It is an eclectic mix on display. Baba Jaan, who followed neither Islam nor Sufism is the pre-eminent saint of Pune. Born in Balochistan, she travelled to Pune and lived there for several years till her death in 1931. The museum displays a cloth she used and also a piece of the neem tree under which she sat for several years.

Swami Vishwananda received the relics of Anandmayi Ma from her ashram (hermitage) located in Dehra Dun in a very mysterious manner. He visited Anandmayi’s ashram in November 2018, where he was informed they no longer had any relics of Ma since these had been distributed amongst her devotees. The workings of divinity are mysterious. While he was praying inside her personal room, Ma revealed to him that strands of her hair were kept in one corner of the room which, indeed, turned out to be the case. As he stepped outside her room, the manager of the ashram came up to him and informed him that his wife had a sari gifted to her by Ma, and she would be happy to present it to him.

There is a special focus on Maharashtrian Varkari saints, with relics belonging to Tukaram, Eknath, and Namdev on display. Swami Vishwananda believes, “In Maharashtra, God came and lived with the saints. He worked with them and helped them in their day-to-day lives. In no other tradition does God come and live with his devotees. When Sant Eknath’s son Kanhaiya departed, God came to him in the form of a boy and served him for many years. It was the same with the case of Janabai and many others,” explains Swami Vishwananda.

Janabai lived in the final quarter of the thirteenth century and the first half of the fourteenth century. Throughout her life, she worked as a kitchen maid in the house of Namdev, but it was to her that Vithala appeared, helping her with her day-to-day chores.

These relics have been carefully catalogued and preserved here and should prove to be a beacon of hope for believers in the years to come.