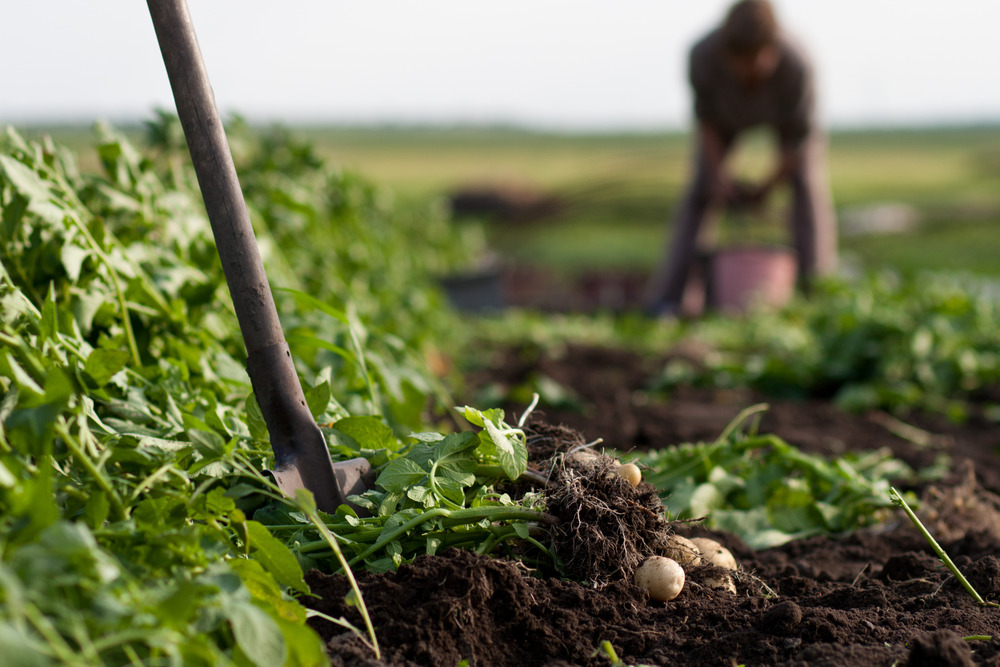 Nature in your basket

Sanjay Pawar has been practising organic farming for the past 15 years. He switched from conventional farming because he couldn’t meet the production costs and afford the low profits associated with it. Moreover, he realised that if he wanted to pass down a fertile land to his future generations, he must stop using chemical fertilisers and pesticides. “Though organic farming improved the quality of land and produce, lack of suitable marketing platforms was a big challenge,” says Sanjay. “We grow fruits and vegetables in our localities but how do we sell these to people in, say, Mumbai city?” That’s when he approached Kavita Mukhi, Founder of The Farmers’ Market in Mumbai, eight years ago. “It is a great platform that connects local organic farmers directly with consumers. I manage a cooperative of certified organic farmers and we have been participating right from the first season.” Sanjay goes on to share that the farmers’ economic stability has improved ever since. “We decide the prices for our produce, which allows us to cover costs while keeping a reasonable mark up.”

The Farmers’ Market is hosted every Sunday, throughout the year, at D’Monte Park in Bandra, Mumbai. It’s a lively space with stalls selling a variety of items including organic fruits and vegetables and earth-friendly, manufactured or packaged products. Everything about the venue shouts ‘clean and green.’ Happy consumers walking about clad in organic fabrics and carrying up-cycled bags made from newspaper; refreshing concoctions sold in glass bottles that you can return after you’ve finished drinking, in exchange for a small refund of the price you paid; cooked food being served in recyclable paper plates with wooden spoons instead of plastic ones, give the environment a very special feel. I particularly enjoyed the red rice idli served with a delicious garlic and chilli chutney.

Tree Wear - Ecological Living, the eco-lifestyle brand founded by brothers, Mishal and Mikail Pardiwala,  had made its debut at the Market. They, along with Kavita, co-organised ‘Trade for Trees’, a project to fund tree plantation by selling up-cycled and good-to- use, second-hand products. Driven by 'only natural raw materials' and 'zero-waste materials' policies, they highlight the importance of up-cycling and recycling. For instance, the scraps from the t-shirts they manufacture are used to make bath mats. The carefully curated range of slightly used or unused lifestyle products included photo frames, books, clothes and other knick-knacks, all priced at Rs 500 or below. Their brand’s offerings are priced between Rs 500 to Rs 2,000. “All our proceeds go towards forestation and reforestation projects in India,” says Mikail, adding that funds generated from their debut participation in the Market will support tree planting at Sanjay Gandhi National Park in Mumbai.

Most people shy away from organic markets because of the ‘high prices’. For instance, a bottle of fresh juice is priced between Rs100 to Rs150; similarly, a plate of idli and chutney is priced around the same range.

Fresh fruits and vegetables are slightly more expensive compared to regular markets’ offerings. In addition to higher organic production costs, farmers add transportation costs to the final price because they travel from their localities to the Market. For instance, a kilo of onions will cost Rs 30 in a mandi but Rs 50 at The Farmers’ Market. It’s worth mentioning that these farmers maintain fixed prices all year round. So, even if regular market prices shoot up to Rs 80 a kilo, The Farmers’ Market would still sell it at Rs 50. The premium you pay for organic produce is worth it because you’re assured of healthy and safe food, and not something that’s laden with harmful chemicals. You also get access to local varieties of fruits like karvanda and vegetables such as laal maat and chill. Besides, the premium directly benefits the farmers and not the middle men. When farmers sell to middle men, they, more often than not, get poor deals. For instance, currently farmers will get around seven rupees for a kilo of onions which is being sold in the market at Rs 30; middle men usually add a very high mark up – anything from 30 percent or more – that the consumer ends up paying while farmers continue to get the shorter end of the stick.

“We don’t charge local farmers for the stalls,” says Kavita. Moreover, the Market offers a consistent platform for sales, which means consistent income. She adds that a group of farmers who are regulars at the market have, thanks to increased monthly incomes, been able to build water tanks, buy vehicles and fly to farmer meets. Currently, Kavita’s Market supports over 100 rural farmers living in and around Mumbai alone.

“What has been fantastic,” says Kavita, “is the fact that our Market has given rise to numerous such markets all over India including Goa, Bangalore, Delhi and some smaller towns. So much so that the government decided to call their newly opened markets also by a Western name i.e. The Farmers’ Market based on our little market. Sadly, their farmers are mostly not following organic practices. Some of the newer private ones in Mumbai too are not necessarily organic markets and most do not even support rural farmers but are supported by city folk with large farm holdings. Ours is for the rural farmer and is the original, only certified organic market in town.”

Kavita confirms that though the Market has been successful, it still caters to a small audience in Mumbai. If more people were to buy organic produce, more farmers will be encouraged to boycott harmful practices. Consequently, the area of land under organic farming will rise eventually lowering prices and making organic produce accessible to more consumers. Further, more people will be encouraged to pursue careers in agriculture when they find it lucrative.

Organic Farmer and Naturopath, Vilas Ghag, fondly remembers spending his summer holidays at his grandmother’s in Ratnagiri. “I used to spend most of my time there working in the fields,” he says. “Seeing my passion, my grandmother encouraged me to pursue a career in agriculture. I joined a local college, after finishing 12th grade, where I learned all about farming.” Vilas was introduced to the benefits of organic farming in the 1990s after he read a book by holistic health practitioner and raw food advocate, Ann Wigmore. He started growing organic wheatgrass and other organic vegetables in his farms.

The highlight of Vilas’ career was when he decided to pursue a course in naturopathy. Inspired by it, he decided to go the natural way in farming too; he started using cow’s urine sprays (it can be used as fertilisers and pesticides), jivamrut (an amalgamation of cow’s urine and dung which is used as a fertiliser or cooling drink for plants) and adhyatmic practices like aum chanting, agnihotra homa (a healing fire that purifies air and water, nourishes plants, neutralises harmful radiation and pathogenic bacteria, and harmonises functioning of prana or life energy) and vanaspati sanskar (talking to plants). Vilas has been participating in The Farmers’ Market since 2014. In order to encourage more famers to go organic, he suggests creating more certified organic farmers’ communities and stronger, direct marketing networks like The Farmers’ Market.

The future of farming

‘The future of our food system determines the future of mankind,’ highlights award-winning documentary film Sustainable. Our bodies utilise what we eat to regenerate new cells. Eating organic will ensure a healthy body and by extension a healthy mind and spirit. Kavita calls it God food – food that is produced the way it’s supposed to and tastes like it’s supposed to.

The Farmers’ Market has quite a few surprises in store this year. Come October, there will be many new additions to the market. Says Kavita, “We will be sharing tips on organic living, one tip a week, which can help anyone experience a healthy lifestyle in 52 weeks, leaving old ailments and emotions behind. Organic khadi will soon become available; we intend to buy it from Karnataka-based weavers and sell it at the Market.”

Ditch lazing around this weekend! Enjoy a productive (pun intended) Sunday morning at The Farmers’ Market and revel in the treasures of earth!

Why organic farming is expensive

Higher labour costs: There is no use of chemical pesticides, so more labour is required for hand-weeding. Besides the mandatory segregation of organic and inorganic produce post production,  especially for processing and handling, is expensive.

Expensive fertilisers: The transportation of organic fertilisers like compost and animal manure is usually more expensive than that of chemical ones.

Crop-rotation: Organic farmers usually alternate the type of crops grown in order to maintain soil health. This reduces the frequency with which they can grow profitable crops. Besides, there is no scope for large scale production of crops because of this. The percentage of farm lands under organic farming too, is much less than those under conventional farming.

Typical prices at The Farmers’ Market

With your own cooking style, you only need to switch to whole and organic ingredients to make your food work for you. This is how:

Use organic jaggery and unrefined sugar.

And of course organic fruits and vegetables from The Farmers’ Market!

Absorb sunshine, be active, be productive, be loving and be happy

Feed your staff the same and be even happier.