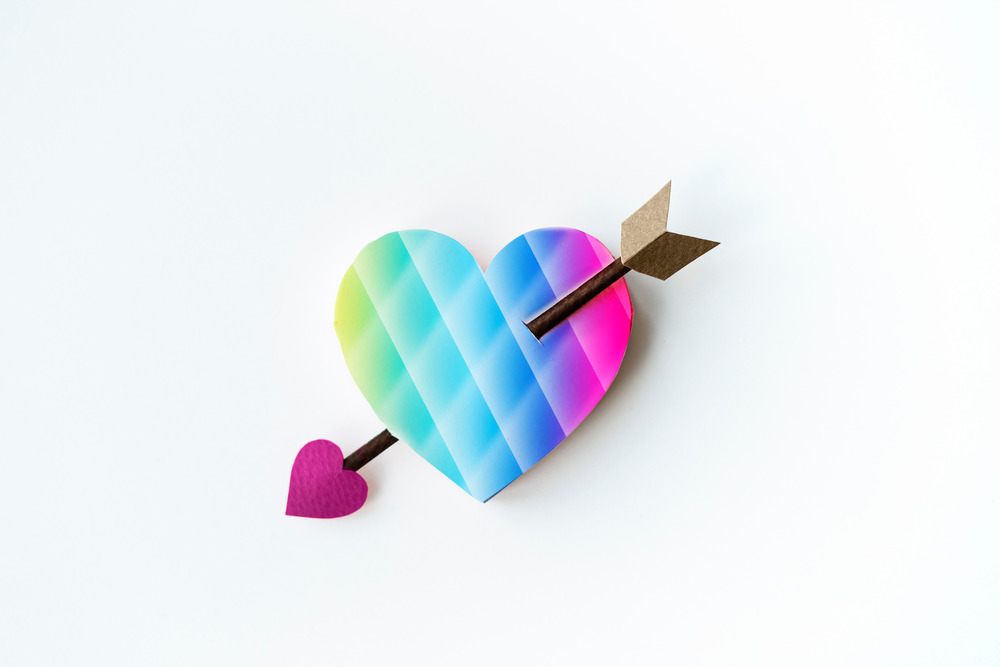 Opening up to love

Opening up to love

By surrendering to the present, Jyoti Marianne Bahri peeled away the layers of childhood memories to reveal the love that existed between her and her ‘uncaring’ father

I always thought that my father did not care about me throughout my childhood. I felt he preferred my brilliant elder brother and my other four siblings. He was busy with the hard work on the farm and his duties in the factory. The whims and wishes of his parents, living with us in Germany, had a tight grip on him. When my youngest sister was two years old, she was scared of my father’s huge, rough hands. He made an effort to win her trust and often brought sweets, which she had to pick from his hands. Besides this, there was not much display or sign of love around. Grandfather hated all expressions of emotions and forced everyone to restrict themselves. When I was six, I was very sick and was admitted to a paediatric hospital. Parents were not allowed inside, and I could see my father behind the glass with tears uncontrollably flowing down his cheeks. It was the only time I ever saw him cry.

Many years later, my mother called me in India and asked me to return to Germany as soon as possible. She said: “Your father is very unwell; he is calling out for you in his sleep and semiconscious state. Please come. He needs you.” That time, I realised that I did mean something to him. Despite all my other siblings close by, he called out for me. I flew immediately to be with him.

When I reached, I was devastated to see my father’s condition. He had lost his speech, and there was a massive hole in his left foot instead of his toes. He was in a semiconscious state, and there seemed to be no way to communicate with him. I sobbed unendingly, and when the tears dried up, I took his humongous cold, swollen hand and held it with both of my hands. He opened his eyes, and he recognised me. The frown on his face eased into a terrific radiant smile, enveloping me with all his love. He closed his eyes with a glow on his face and lightly pressed my hands, acknowledging my presence. I felt his love but was internally blocked and could not fully receive it. Many misunderstandings, a heavy load from the past, unfulfilled expectations, and a deep sense of lack of recognition and appreciation stood in the way of love.

To see him in this state choked everything in me and got me into an inner freeze so as not to drown in the upwelling flood of emotions. Whenever his end seemed to draw near, he panicked, the entire body shaking and his chest shrinking, convulsing, gasping for air.

A friend offered help with a healing method she had learned. She came with a beautiful aroma lamp which she lit, and the scent filled the air. She had a beautiful way of bowing down to him in reverence. She moved her hands over my father’s body without touching him, caressing him, moving the stuck energies beautifully, gently, and swiftly out of his body in such a caring and loving way, in the act of self-giving and surrender.

I was watching this miraculous way of healing. Deeply touched, I opened up my frozen heart slowly and released the caged, bottled-up pain, the incapacity to give and receive love. I melted away with tears streaming down my face.

From this day onwards, I lit the aroma lamp she had left behind every day and played some soothing music, creating a sacred atmosphere. I sat with my father for hours, holding his hand. We were diving into each other, sharing visions and memories, expressing our love for each other without eyes and words. A love deeper than the ocean and more comprehensive than the vast sky emerged—a sense of merging, becoming one with each other. I sat for weeks at his bedside, diving into him and encouraging my mother and my siblings to spend time with him in the same way.

Weeks passed, and my commitments in India forced me to return. Before I left, I practised with my mother and siblings to join hands with our father and create an energy circle around him, sing, pray, or sit in silence to calm him, assisting him to cross over into the other world.

Back in India, I sat with him every day, and whenever I stretched out my hand, I found his hand joining mine in a profound union of love and care. Weeks later, my father’s crossover time had come, and each of the siblings managed to reach in time. They sat around our father, holding hands in a circle, encouraging him to let go, praying for him. I joined them from my meditation seat in India, taking my place in the ring of support. My son assisted me, and we recited the Gayatri Mantra. By the end of the eleventh mala round, I could feel the shift in my heart and knew he had gone. The phone rang a few minutes later, and my brother confirmed it. I advised him to sit as long as possible and send out love to our father as a last farewell. They sat in the circle surrounding our father in the dim light of dawn, still holding hands, crying, and sharing their loving. All of a sudden, a streak of the rising sun struck his head, illuminating his face and entire body, filling the whole space with golden light—a gift, a triumph of love over death.