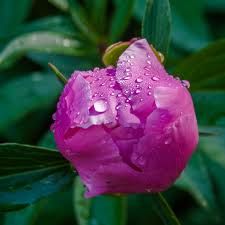 Paean to the Paan

It is a great way to round off a satisfying meal. but, did you know that the humble ‘paan’ has medicinal properties as well?

For some strange reason, the humble ‘paan’ is looked down upon in most parts of the country. It is mentioned in somewhat derogatory undertones. Children are forbidden to touch it, let alone eat it, as it is considered a bad habit. In reality, its useful properties are many. The betel leaf symbolises the union between man and woman and is believed to have aphrodisiac properties. Due to this, worship of Lord Shiva excludes betel, as he is a supreme yogi.

Paan is usually eaten after a meal. A wife takes a betel leaf, stuffs it with many other ingredients, rolls it deftly, and then offers it to her husband. Munching it is a leisurely activity that not only aids digestion but also induces a sense of well-being along with a relaxed conversation after a hearty meal.

In some parts of India, making a paan was an important ritual when the groom’s family came to view the girl. Her expertise or the lack of it was a major factor in clinching the alliance.

Many people add a pinch of tobacco to the paan, which destroys its nutritive value. Another negative fall-out of consuming paan is the tendency to spit its juice on the road. No wonder paan has a bad press today and is depicted by films as consumed by criminals and in brothels only. Betel leaf is easy to grow. Plant it around a tree and watch it multiply. Villagers seem to know its properties instinctively. Mausi, my household help, always asks for a betel leaf to chew on after meals.

It is believed that Lord Krishna used to chew betel leaves. Empress Noor Jahan, the mother of Emperor Shah Jahan who built the Taj Mahal, made the tradition of eating paan popular. Women considered it as a beauty aid as chewing it reddened their lips naturally. Betel leaf and nut have always been an integral part of rituals. Bengalis believe in its magical properties. It is placed under the pillow at night so that the sleeping person can see his future in his dreams!

Most Indians view paan as a satisfying end to a meal. However, not many are aware of its medicinal properties.

Betel leaf is a stimulant, digestive, carminative (anti-flatulent), anti-inflammatory, anti-phlegmatic and an excellent pain reliever. It is also one of the good sources of absorbable calcium. In Ayurveda, it is categorised as an aphrodisiac. In Malaysia, betel leaves are used to treat headaches and joint pain. In Thailand and China, the leaves are used to relieve toothache.

In Indonesia, they are drunk as an infusion and used as an antibiotic.

Betel leaves are also used in an infusion to cure indigestion, as a topical cure for constipation, as a decongestant and as an aid to lactation. Betel nut powder is one of the ingredients in some tooth powders. Other medicinal uses include the removal of tapeworms and other intestinal parasites by swallowing a few teaspoons of powdered betel nut, or by taking tablets containing the extracted alkaloids.

The betel leaf is excellent as a digestive aid taken after a meal. It can be eaten plain or with a simple/exotic stuffing prepared with the following ingredients:

Naini Setalvad is a nutritionist specialising in lifestyle and immunity disorders. Her foundation, Health For You, throws light on healthy food habits. Contact: healthforyou@vsnl.net