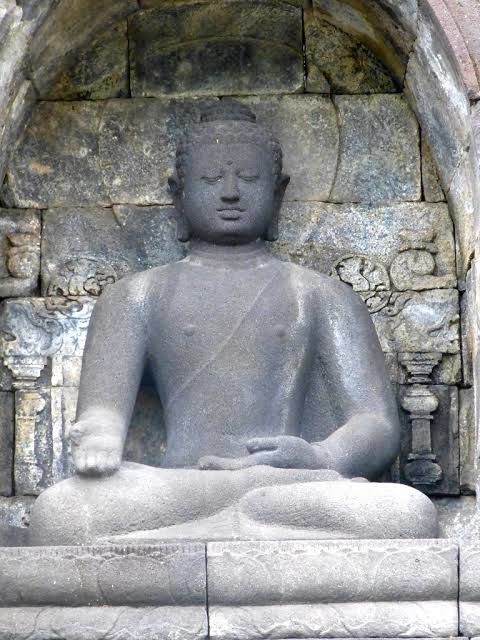 The Power of Mudras

Though they appear simple, mudras are powerful energy circuits that can heal complicated problems and restore fitness to the human mind and body, says Jamuna Rangachari

Pusha mudra: Dedicated to sun lord it is a mudra for nourishment and digestion.  One can do it after having meals for 5 minutes after all the meals.
Very few of us know about the potency and power of mudras, though we have seen it many times. Actually, mudras can heal and restore wellness to the body, mind, and spirit.

Fortunately, he came across Dr. Dhiren Gala who taught him the apana vayu mudra. He did it regularly and the excruciating pain just vanished in two weeks. Apart from the pain reduction, his general fitness too became much better. “I cannot thank mudras enough for not just reducing my pain but making me feel absolutely robust and fit,” he says with a smile.

At around the same time, my uncle, Mr. Sridharan, came across mudra therapy from an old friend on his trip to Bangalore. According to him his friend’s mother and aunt had benefitted a lot from this therapy. His mother had vertigo which was cured after doing mudra therapy regularly. His aunt had breathing issues that had also been cured through this therapy. He used the advice from the book, Mudras & Health Perspectives – An Indian Approach by Suman Chiplunkar to benefit from. Almost all diseases, including cancer, were covered in the book. And so my interest in mudras began to spark.

Mr. Chandrasekhar, from Delhi, the well-known healer and practitioner of Psycho Neurobics, has had remarkable experiences with mudras.

B K Chandrasekhar
Many people have healed radically through his approach towards healing that combines psycho neurobics and mudras.

Humphrey Krishnakoemaar Rampersad, from Holland who is 56 was diagnosed with diabetes in 2007 and was on regular medication.

In mid-2014, he had his yearly health check. His sugar levels had become worse and he had three blockages in the heart. The doctors suggested a bypass surgery.

In June 2014, he came across the healing science of Dr. Chandrashekhar and heard of mudras and their healing power. From that day, he did the apan vayu and agni mudra thrice a day regularly and has had amazing results. His sugar level dropped and he is not using any medicines now. He does not have coronary artery complains and the bypass operation is on hold.

Vanessa Dufoix, a 37 years old yoga teacher who lives in French Guyana and is now in India to study, went to a seminar led by Dr Chandrashekhar in April 2013. She has practiced them regularly since that time, along with psycho-neurobic exercices every morning; but also on their own throughout the day depending on her needs at particular times. GYAN Mudra (connecting tip of thumb with tip of index) helped her a lot to improve her power of concentration while meditating. She also uses VAYU Mudra (tip of index finger at the base of thumb) when she suffers from joint pains to relieve them. As a yoga teacher, she urges pregnant women in her classes to practice VARUN Mudra (connecting tip of the thumb with the tip of the little finger) to balance the WATER element in their body, which is important at this very special time in their lives.

Vishnu Bandhu at a conference
Gayatri Bhatt from Delhi, 48 was diagnosed at the age of 34 as a case of Multiple myelomas, a type of blood cancer. In 2005, she was introduced to mudras by Mr. Chandrashekhar. She practiced them for almost 2 years while she was also continuing her allopathic treatment. Mudras and meditation helped her face the disease and its side effects. They gave her an inner strength and belief that she would be healed. She has been in remission now for the last six years and continues the practice of mudras and meditation diligently.

Gayatri Bhatt
Another mudra expert is Dr. Potnis from Mumbai. He is an ayurvedic doctor who learned mudras from Sadguru Anna Limaye in 1996. After three years he knew about specific mudras for specific diseases. Now, he conducts regular awareness programs and treats people, primarily through mudras.  Mr. P V Mhapsekar, a retired electrical and electronic engineer who suffered from a cardiac ailment, diabetes and high blood pressure, attended one such workshop and benefitted greatly from it. He gradually returned to wellness without any surgery through the diligent practice of the mudras. Even his diabetes and blood pressure became better.  Now, mudras are a part of his life, and he is completely fit. “Mudras are something that I have benefitted from remarkably and tell everyone to try,” he says with exuberance.

Dr. Dilip Potnis
Mr. Hari Kumar, a business managed 27 became a proponent of mudras after benefitting from it. Hari suffered from serious gastric and indigestion problems in 2007 and his yoga guru Bapinedu suggested Aakash  Shamak mudra and Prithvi mudra which gave him tremendous relief, kindling his interest in mudras and their healing power. His guru shared plenty of information about mudras and their healing properties with him. Initially, Hari suggested a mudra to his mother who had been suffering from back pain for a long time. After one month of practicing the suggested mudra, his mother’s back pain was completely healed. Now, Hari guides people personally and also through his website, as he wants everyone to benefit from it.

Meka Kishore, a young man of 25 from Krishna district is a beneficiary of Hari’s guidance. He suffered from severe hair fall and premature greying. He read about mudras on Hari’s website and contacted him five months ago. Within two months, through the practice of the Prithvi mudra and Prana mudra, both these issues improved and he continues doing the mudras for 20 minutes every day. “This is something that I can do easily which is why I never gave up,” he says, relieved that the issue he had with his hair has ceased to exist.

Uma Garimella, learning, and development coach from Secunderabad, in her 50s, was diagnosed with Grade III goiter in October 2012. She was not able to even move her hand.

In April 2013 she decided to try mudra therapy. The thyroid problem had also sent her cholesterol levels shooting up.

She specifically used Surya mudra for cholesterol, Shankha mudra for thyroid, and Linga mudra for energy.

By August 2013, her health became normal. Now, she is just taking a small dose of Thyronorm only, and has not had to take any medication for cholesterol.

According to him, the proper practice of mudras is very helpful for the 100 percent flow of energy in the body.  He adds that it is for this reason that Ayurveda states that nothing equates to the power of mudras in healing.

Dr. Dhiren Gala from Mumbai mentioned earlier in the article, says that mudras are science as ancient as humans. He states that they are an integral part of Ayurveda as well as Jainism, the religion he belongs to. In his book, Health at your Finger Tips, he writes, “This simple measure restores a state of balance (homeostasis) within the body and raises the level of resistance. With the patient’s immunity thus strengthened, the disease has no option but to flee.”

Dr. Dhiren Gala
According to all practitioners, mudras also have a preventive effect in strengthening the body. Essentially, once the flow of energy of the body is regularised, we all do feel much better, more energised and more in control of our lives, whether or not one has an ailment.

Sometimes the simplest things are often ignored. In fact, most of the truths in life itself are simple but they do work. This is the case with mudras. When mudras are so beneficial and easy to do, why should we wait to incorporate them in our lives? I am going to begin doing this immediately. I hope you do too.

According to Mr B K Chandrasekhar, pran mudra, gyan mudra and apaan vayu mudra are recommended to all for a healthy and happy life. Below are the details:

Put a little pressure on the joined tips, so that the elements are brought together. The other two fingers are kept straight, palms facing upward, hand resting on the folded knees in a relaxed position.

Principal benefits: Removes eye and nerve problems, energizes the body, and balances the vitamins in the body.

Bring together: The Fire element (tip of the thumb) and the Air element  (tip of the index finger).

Put a  little pressure on the joined tips, so that the elements are brought together.

The other fingers are kept straight, palms facing upward, and hand resting on the folded knees or on thighs while sitting in a chair in a relaxed position.

Put a little pressure on joined tips and keep the rest of the hand relaxed.