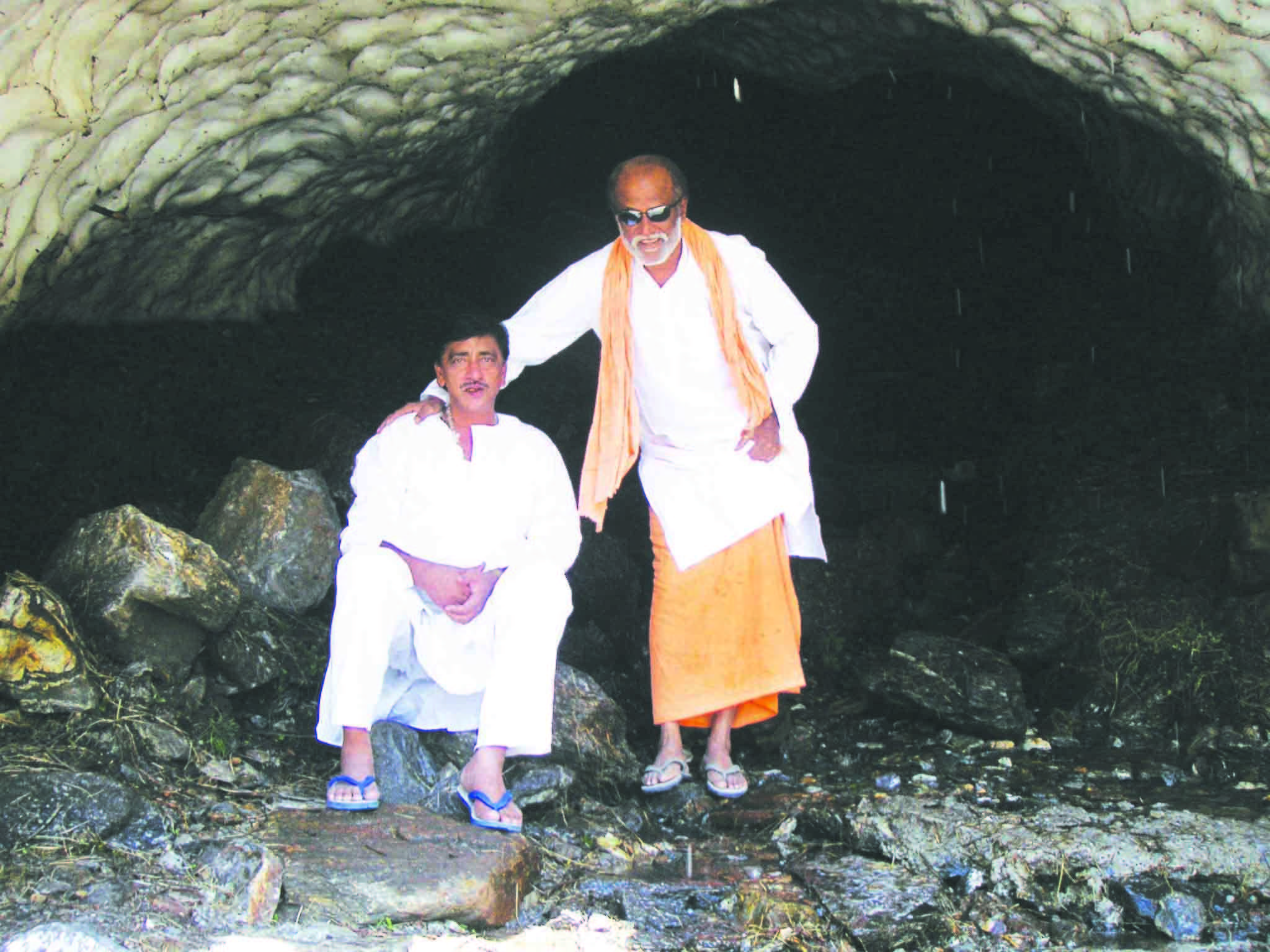 Known for his blockbuster films and massive fan following, superstar Rajinikanth needs no introduction. With a career spanning over 50 years, the film star is known for keeping in touch with his humble origins. However, the origin of his spiritual journey is not too well-known.

The Tamil superstar is an avid practitioner of Kriya yoga meditation. Every year, he travels to Almora, a small district at the foothills of the Himalayas, in the Kumaon region of Uttarakhand, on a small pilgrimage.  Here, surrounded by thick wilderness, is the cave of the eternal yogi Mahavatar Babaji. Rajinikanth is known to spend his time in this very cave, meditating in secrecy.

The superstar recently contributed to the construction of an ashram near the cave of Mahavatar Babaji to provide accommodation  to devotees thronging the place. Along with him, businessmen and Kriya yoga devotees, V S Hari, V D Moorthy and Sridhar Rao too contributed to the building of the ashram. They are also looking after its maintenance. Rajinikanth’s spiritual journey started in 2002, when his Tamil film Baba, which revolved around Mahavatar Babaji, opened to negative reviews and suffered losses. To safeguard the interests of  the film’s distributors, Rajinikanth paid up for the losses from his own pocket.  However, this left him distressed and in search of spiritual solace. He believed that the film failed because he did not seek Babaji’s blessings. The actor was then introduced to Mahavatar Babaji’s cave by a close aide and businessman, Vishwanathan Sri Hari. The two have been travelling to Uttarakhand for this annual pilgrimage for several years now.

“He and his wife visited the site once and we initiated him in the technique of Kriya yoga. Since then, Rajinikanth has followed the practice with complete devotion. He recognises the positive change it brought in his life,” said V S Hari. Rajinikanth’s close friends say that the actor credits his stupendous career in films  to his visits to the cave.

V Venkat, director of Life Positive, who has been a close friend of the superstar, says, “During his time in Uttrakhand, he prefers to remain unnoticed by common people around him. Even when the people of the area recognise him, he requests to be treated as a commoner. He is a simple man who chooses to eat roadside food during his stay. He shows up for meditation in his plain kurta pyjama. He prefers to stay in the meditation hall for long periods of time meditating for hours at end. The place is his spiritual home.”

Rajinikanth is expected to visit the newly-built meditation centre near the cave in March next year on another one of his pilgrimages.