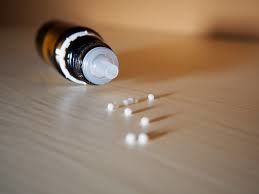 A Recovery from Cancer Through Homeopathy

In 2011, my friends not me I was not looking too healthy and should go for a complete check-up.  This made me go to Sitaram Bharti hospital. The doc told me there was a tumour and it was in most likelihood, a TB with a very slim possibility of cancer. He advised me not to get a biopsy done but gave me some medicines. However, within a week of taking TB medicine, I was so weak that I could barely have one egg the full day.

So, I  went to Mumbai to my daughter who took me to a T B specialist who insisted on a biopsy as he explained that certain strains of Tb do not respond to some antibiotics. The biopsy revealed cancer. I met a large number of oncologists who gave different remedies. One doctor told my daughter that chemo and radiation will not work and insisted on meeting me the next day where he told me that he would like to start in chemo. The surgeon said that if i don’t surgically remove the tumour I will be gone within ten to twenty days.

I was thoroughly confused and decided that since none of the oncologists agreed on the line of treatment, I would explore alternatives.  I called up a holistic doctor in Kerala and went to meet him. He told me that a large number of lymph nodes plus parotid gland were also badly affected by cancer. None of the oncologists had bothered to tell me that it had spread to a number of places. The doctor started treatment which included sending vibrations to the spleen and parotid gland through the rife machine, which only destroyed the cancer cells and did not touch the healthy ones.

He changed my diet, taught yoga and mantra chanting and very strict diet including sitting in the sun one hour a day. After 8 weeks the spleen was cured but the activities of the cancer cells in the other parts increased.

He told me that he would not be able to help me further. Then my cousin in Mumbai heard about my problem and insisted that I do surgery. Another surgeon said that he would remove the tumour completely when I asked him that if it does not fully get removed and radiation and chemo do not work what will he do. He said he would cut 1 cm more around the tumour but the fact was that the tumour was pressing against the jugular vein and hence there was no way one cm around the tumour could to removed.

Also, the tumour was in a very odd place; it would mean that they cut my rib cage, cut the tumour into two, then remove the two halves. Hence, nothing that the oncologists said to me made much sense.

I called my brother in Delhi to ask him what I should do he told me to come immediately and sent me to Dr Pankaj Bhatnagar. Dr Bhatnagar was very sure that since I did not do chemo or radiation my chances of complete recovery were very good.

Thanks to him I did not have to spend one day in the hospital, I continued travelling on work to different countries, twelve to be precise in the 3 years he has treated me. Now I have just 5 per cent of cancer left which is also on its way out! Personally I would advise cancer patients to do alternative medicine…….no pain, no discomfort and an incredible rate of success. After being treated by Dr Bhatnagar,  I have come firmly to the conclusion that cancer is as simple as a cough or cold if you get the right doctor to treat you.