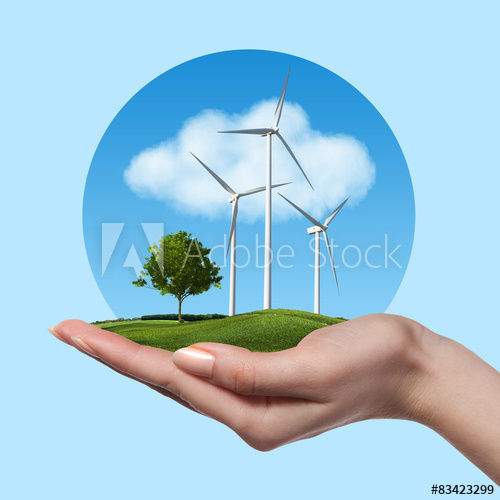 G V Dasarathi’s sustainable lifestyle, amidst a buzzing, fast-paced metropolitan milieu, is a perfect ode to nature, says Jamuna Rangachari, as she learns of the ways in which he treads lightly on this planet

When practised consciously and diligently, awareness seeps into every aspect of our lives. This awareness, then, segues from a tiny bud to a full-bloomed flower and its fragrance attracts many around us. Becoming aware of the impact of consumption choices we make on the planet gradually leads us to a healthier lifestyle. When we do not compromise with our compassion towards this planet, we set a sterling example for others. Bangalore based G V Dasarathi is one such fine example.

A mechanical engineer by profession, Dasarathi, or simply Das as he is fondly addressed, is passionate about using and promoting sustainable transport. He loves walking, cycling, and using public buses. Additionally, he is also involved in a garbage segregation and recycling programme called ‘Sada Zero’ in his locality, amongst other things that he has been doing for the environment.

We must realise we have only one planet and need to take care of it for our own good. Essentially, it is about tuning in to our consciousness, like Dasarathi has. He had been environmentally-conscious and civic-minded since his childhood, due to the ideas picked up from his parents and the fact that his childhood was spent in the jungles of central India.

However, the turning point, in his case, was his daughter’s respiratory problems caused by vehicular emissions when she was young. In this scenario, instead of indulging in blame-game, he started doing what he could. Though the step he took may seem insignificant to many, he knew that the world indeed is made up of our own actions. “I started using sustainable transport because I did not want to contribute to her ill-health. So, in a sense, my daughter was my inspiration for the kind of life I now live,” he says.

This was not so easy initially as the world did not understand what he was doing. He recounts, “I started cycling to work (and everywhere else) 18 years ago, when it was not fashionable. If you cycled you were either crazy or did not have the money to buy an automobile. I am the founder-director of my company (Cadem Technologies Pvt Ltd), and I was worried about what my customers would think of me and the impact that this would have on my business. Thankfully, the opposite came true, and my cycling actually helped my company’s brand image.”

It is said that when one is ready, one naturally finds a guru. This is true in all areas of life, not just in philosophy. Moreover, our life, after all, is philosophy in action.

As a person always interested in contributing towards this planet’s preservation, Dasarathi was happy to read about late R Viswamurthy, an avid naturalist. Mr. Viswamurthy’s house was built with recycled material, from the walls and floors to its doors, cupboards, and even the window panes. The most spectacular part of this fact is that he had built this house way back in 1975, when environment consciousness hadn’t even found a mention in popular parlance. For years, after buying this plot, late Viswamurthy used to merely plant saplings on it. Being an avid follower of American author and philosopher Henry David Thoreau and his naturalist ideas, Viswamurthy also founded the city’s Thoreau Foundation and as a tribute, incorporated Thoreau’s guidelines in building his house.

Dasarathi met Viswamurthy and decided to take some guidance from him as the latter was also treading the road less travelled. However, Dasarathi had some innovative, novel ideas up his sleeves on the sustainable construction front that were completely untested before. For instance, the use of bamboo corrugated sheets for the roof, and using mostly glass and recycled pine wood.

It was here that his technical education came in handy. He shares, “I knew I was actually taking big risks and there was no one to advise me. I just had to take calculated risks based on my knowledge of materials and their characteristics, as a mechanical engineer.”

Though there were some challenges, this approach did work. His ‘Kachra Mane’ (house of trash) came into existence in the year 2010 and cost them approximately ₹17 lakh instead of the estimated cost of ₹ 40 lakh, 50 per cent less than the cost of a traditionally built house. The use of cement, steel, and sand was reduced by 80 per cent and the construction was completed in seven months, unlike the regular period of 18 months.

Today, his blog is inundated with requests from people who want to replicate his ideas in their own houses and seek his guidance.

Dasarathi designed his house to be light, both physically and on the pocket too, with emphasis on some basic rules. Apart from the green mantra of the three R's—Reduce, Reuse, Recycle—his focus is on inviting the weather in, through more windows and fewer walls, unlike conventional houses that are designed to keep the weather out. This, of course, needed a lot of original thinking.

Essentially, this has resulted in a naturally well-lit and airy house made by using minimal carbon footprints. Instead of buying new things and putting a load on a planet already hard-pressed for resources, the family has tried to maximise the resources available to it. For example, all the cupboards in their house are made of old, discarded pinewood crates which were given linseed oil coating before being installed. Similarly, their floor is sans tiles and their roof is made of corrugated bamboo. According to him, evaluating one’s self-worth by the size of one’s house or car is plain stupid. “We have become a paranoid society obsessing over our material possessions,” he says, adding that the younger generation, with whom he interacts during his sustainability talks in schools and colleges, is enthusiastic about adopting green practices. “I hope at least a handful of them start making conscious choices by opening their minds and thinking about ‘reducing’ and ‘reusing’, which is even better than 'recycling,' ” he says.

Leading a sustainable lifestyle is actually a great way to live when one sees its benefit. In Dasarathi's case, he refuses to walk on any other path and does not see it as a kind of compromise. “This lifestyle is joyful and leads to better health too. My family and I are definitely healthier people because we walk and cycle a lot, and because we live in a home that has lots of fresh air, sunlight, and no VOC's (Volatile organic compounds) from laminates and paints. We are happy that we have contributed minimally to the environmental destruction caused by mining for construction material like sand, marble, and granite,” he says and dreams now to go completely off-the-grid for water, waste disposal, and power.

With all his experience, he knows a sustainable planet can indeed be created. He knows, even though it cannot take place overnight, it can certainly happen if we work on it slowly and steadily. His request to all of us is: “Do something to reduce our consumption to reduce the environmental damage caused by it. Reduce the use of your personal automobile; move towards walking, cycling, and using public transport. Reduce the use of plastic, the consumption of water, and the use of detergents and heavy-duty toilet cleaners. Start small, increase gradually, but start today.”

After knowing about his journey, I vow to begin today and take at least a few small steps to reduce my burden on mother earth, as I am sure many others would have done too after knowing Dasarathi’s lifestyle.