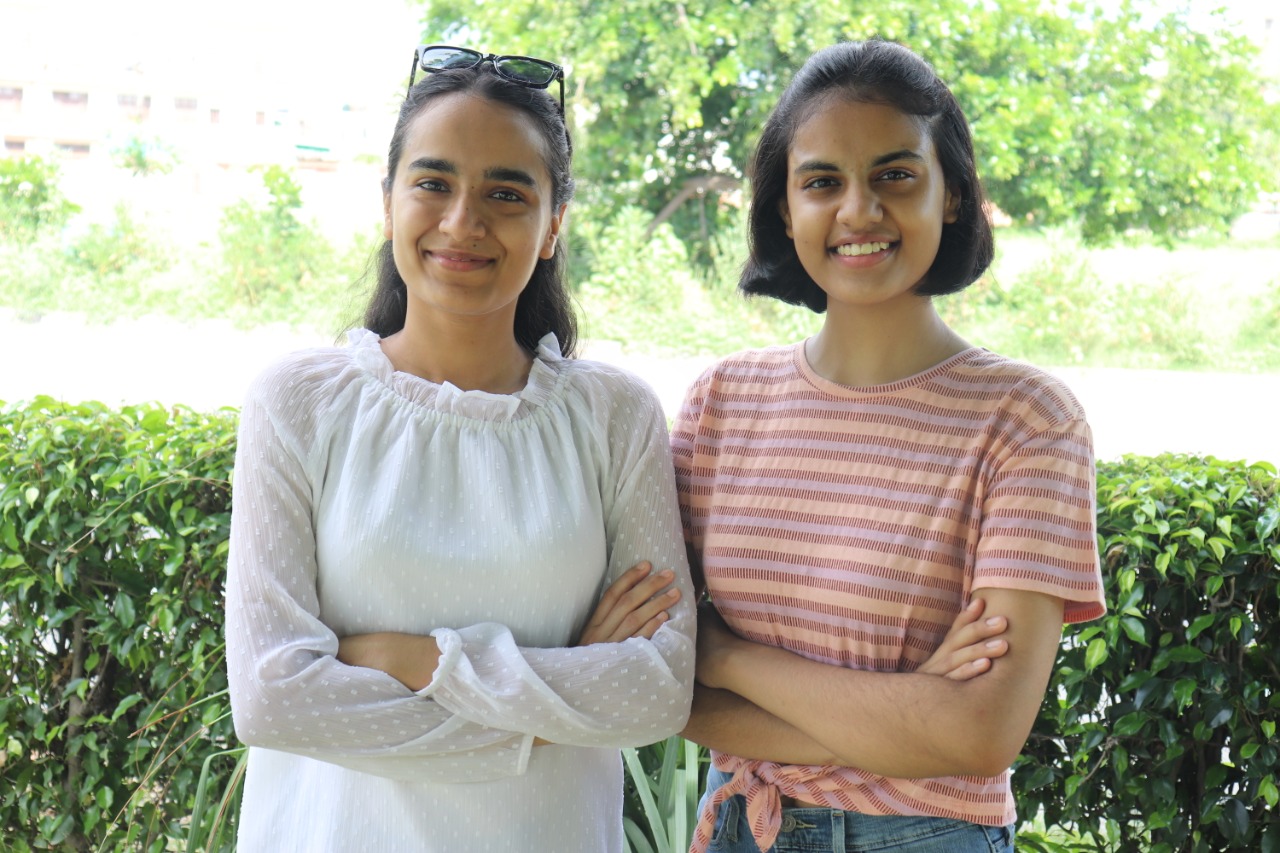 In 2003, the Banerjees were expecting their second daughter, and Gagan Banerjee was pressured to abort the foetus and try again for a son. She didn’t succumb, and her strong determination to have the baby came to fruition. Mihir Banerjee, her husband, then started a campaign against female foeticide called Sarthi, in 2004. Both parents passed the values of service and leading a purposeful life to their daughters, who have now expanded Sarthi on a national level.

The girls, Sanjoli and Ananya,  were encouraged by their parents to pursue their passion and given space to experiment and explore new ideas. Although they have received the support and love of people, their journey has, at times, been challenging. They have won many accolades, yet they cherish personal gestures from others as their greatest gifts. For instance, once, a schoolgirl from a very humble background came and gave one of the girls a tight big hug when they were at her school, creating awareness about menstrual health hygiene. Often, kids make such small but overwhelming gestures, like drawing a tattoo of their names, writing letters, drawing birthday cards, celebrating occasions together as a family, and proclaiming that their aim in life is to become like Sanjoli and Ananya. All the acclaim and love that they garner from people and their parents serve to bolster their inspiration to carry on with their efforts.

Sanjoli and Ananya hope to see a strong culture of volunteering in India where more people, especially the privileged ones, come forward to give their time and resources for a bigger cause. They see more young people integrate social responsibility with their larger mainstream ambitions and careers. Their biggest wish is to see every person aware and educated, who can ask the right questions.

The sisters have held events in Delhi, Jaipur, and Karnal, for which the youth volunteer remotely as well as physically. The girls hope to give more youngsters a platform to pursue change-making, as they know it is the youth who can bring in change.

Kudos to the young change-makers.