I try to avoid talking about religion these days as far as I can. Religion is something, I’ve realized, that one must try to embody and reflect in one’s life, not debate or preach about. But the other day I broke my rule and allowed myself to engage in a religious discussion—with a friend who has been agonizing about the phenomenon of religious diversity for some time now. Why is it, he wanted to know, that God has permitted such an amazing—and what many regard as an extremely confusing—variety of religious traditions? Is such diversity part of God’s plan for the world, or is it the result of human perfidy? 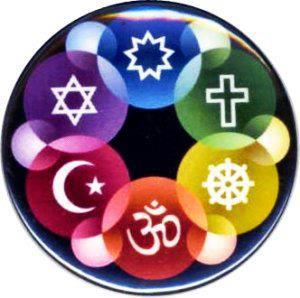 In the course of our conversation, we came up with various possible theological explanations for the fact of religious diversity. We debated these threadbare, but none of them were fully convincing, and so we finally had to give up. There are some things, we had to conclude, that we just can’t ever be sure of, and so it’s pointless debating about them. God, in His wisdom, we were forced to admit, has chosen to keep some things as unfathomable mysteries that, at least as long as we are on earth, we can never truly and fully understand. God alone, we had to finally acknowledge, knows precisely why He has arranged for many different religious traditions to exist, and not just one. It is simply pointless, we were compelled to admit, to speculate as to why He might have done this, because we can never really be sure that the answers we come up with are correct.

If the why of religious diversity is a divine mystery that we are unable to fully comprehend, the how of our approach to religious diversity is something that we can definitely do something about. We can, my friend and I agreed, choose to manage our responses to religious diversity in a skilful way in order to help shape a better world for ourselves, and for everyone else, irrespective of faith, too. Religious diversity can, if we allow it to, serve as a valuable resource for our own evolution, as well as that of others. If approached in this way, it can be of enormous help in our spiritual journey—which is really the whole point and purpose of life.

But how could this at all be, you might demand to know, given the bloody conflicts that continue to rage over large parts of the world in the name of religion, spearheaded by rival bands of self-proclaimed believers? Surely, religious diversity, you might insist, has been, and continues to be, the cause of untold destruction, and to claim that it can help humanity in its collective spiritual evolution is utter nonsense!

I won’t deny your argument completely. There is certainly some truth in it. You aren’t at all wrong in pointing out that throughout history—and today, too—religious diversity has been used to foment bigotry, hate and violence on a massive scale between people who claim to follow different faiths. Perhaps more blood has been shed in the name of religion than anything else. But that said, I would hasten to add that it is not necessarily religious diversity as such that is to be blamed for this predicament. Instead, might it not be that it is the particular approach to such diversity that rival sets of religionists have chosen to adopt that has led them to commit the unspeakable crimes in the name of religion that they have?

No one can deny that a combative, exclusivist, supremacist, hate-driven approach to religious diversity, based on the belief that it is a curse that needs to be forcefully obliterated so that just one religion remains, has been all-too-widespread throughout human history. It is important to remember, however, that this has not been, and need not be, the only possible approach to religious diversity that we can choose to adopt. We are definitely not compelled—by God or by human nature or by our circumstances—to respond to religious diversity in this horrific manner. A knife can be used to injure somebody, but it can also be used to help a person in an operation theatre and save his life. Likewise, while some might choose to view religious diversity as an intolerable anathema that they insist should be forcibly stamped out, others might respond to the same phenomenon in a completely different manner, seeing it as a valuable resource for their own growth, as well as that of others.

If you really think about it, you will realize that almost everything that each one of us has or knows or is has been a result of interaction or dialogue with a great many others. None of us is so complete by ourselves that we do not need to depend on or connect with anyone else. It might well be that God has engineered us in such a way that we are compelled to be interdependent, to learn from and to share with others. Such interaction—not just between individuals, but also between ethnic and religious communities—seems throughout history to have been a principal means for personal as well as social evolution—intellectually, emotionally, materially and spiritually. This value of interaction is something that all of us will readily recognize in our own lives, although it is not something that all of us may be ready to acknowledge.

When I reflect on my life, I realize how much less I would have been had I not had the many enormously enriching opportunities to meet with, relate to, learn from and befriend people from various religious and other ideological backgrounds. In school and college, and then at university, I was blessed to have teachers from almost every conceivable faith tradition, and from them I learnt much that was to help me later in life. To help shape whatever little spirituality I might have (and no one, I think, is without even just a modicum of it), God arranged for people from varying religious backgrounds to enter my life. From a Christian teacher at school I learnt about love for God and service to others. A Muslim friend taught me importance of prayer and remembering God often. From a Buddhist monk I learnt about the value of silence, non-attachment and compassion for animals, plants and even stones. From a Sikh acquaintance I was led to appreciate the oneness that underlies all faiths that originate in the Divine. A Hindu mendicant introduced me to a way of understanding spirituality that transcends all boundaries and barriers of name and form. From a fan of Osho’s I learnt that being grim and severe can be a major sin, and that laughter, fun and occasional joking around can be great spiritual resources as well as a reflection and expression of a higher state of spiritual evolution. A Jewish woman who drove a truck with relief materials all the way from Paris to Sarajevo during the Bosnian civil war taught me that being religious should impel you to serve people in need, irrespective of their faith and ethnicity. From a man who (like me) does not identify with any one particular religion and who appreciates the goodness that he sees in every religion I learnt that it is not necessary to be boxed into any religious category, that you don’t have to be religious, in the conventional sense of the term, to connect to God, and that God and salvation are definitely not the monopoly of any particular community.

Besides these and many other people whom I have had the good fortune to meet who have given me invaluable help in my inner growth,  there are scores of writers from across the world, men and women from various religious backgrounds and spiritual traditions, whose books on God, spirituality and life have had a major impact on me.

All these many people, from diverse faith backgrounds, have helped me in my evolution, and to them I am grateful. It isn’t that I truly practice all that I have learnt from them, but, yet, I know how greatly impoverished I might have been had God not let them into my life. Connecting with them all has truly been a divine blessing.